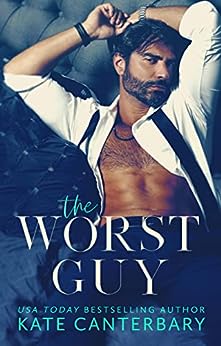 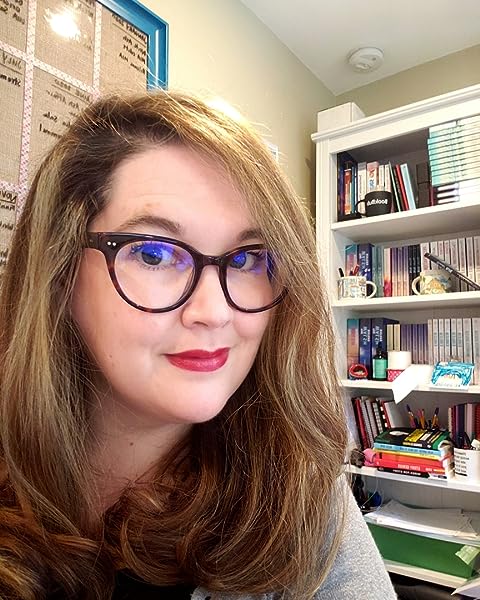 Eight weeks of forced proximity is a long time to hate someone you’re trying not to love.

Sebastian Stremmel doesn’t need another headache. He has enough of his own without Sara Shapiro, the noisy new reconstructive surgeon, stomping all around his surgical wing with her chippy, chirpy cheerfulness.

But Sebastian doesn’t usually get what he wants.

No one gets under his skin like Sara - so much so a heated “debate” and an exam room left in shambles later, they land themselves in eight weeks of hospital-mandated conflict resolution counseling. Now they’re forced to fight fair…which quickly leads them to playing dirty when no one’s looking.

They know it’s a mistake.

They promise themselves it will never happen again.

They swear they got it out of their systems.

Author’s Note: Grumpy/recovering people-pleaser sunshine. Introverts attract. Enemies-to-lovers in the workplace. Banter, bicker, and button-pushing foreplay. Don’t tell the friend group, get jealous when the friend group tries to fix her up.

Heat: rip her clothes off before you get the front door open.
CW/TW: chronic illness, absent/negligent parents, history of disordered eating.

Karine
5,0 sur 5 étoiles -+-=+
Commenté en France le 29 décembre 2021
Achat vérifié
I knew I was gonna be wrecked by Stremmel, at least, I thought so. But it truly was Sara that got me. It was real trip being in their heads. I love their story because their love and commitment went through the high fire and therapy time that burned all doubts away and their HEA is a balm to my soul. Two complex minds who came to love each other. I love. Thank you Kate Canterbary for yet another precious couple.
En lire plus
Utile
Signaler un abus
Traduire les commentaires en Français

Kim C.
5,0 sur 5 étoiles The best book to end 2021
Commenté en France le 28 décembre 2021
No one gets under Sebastian's skin like Sara Shapiro, at a point that a heated argument leads them to 2 months of conflict resolution counseling.
Sebastian Stremmel has attracted my curiosity in previous books. I needed to know more about this gruff, clumsy, caring, and ultra-competent doctor. I wonder what was behind his thick armor and his growls. It wasn't that surprising that I found a sensitive guy waiting for his match. Nevertheless, as brilliant as these two physicians could be professional, none of them were skilled for love. It was a blast to follow their interactions with each other. It is difficult to live with your neuroses in our society that normalized people. Still, Sebastian and Sara have reached a point when they have found a way to deal with their own disorders. It was a pleasure to read the sharp verbal jousting between them in between the roller coaster of emotions.
A piece of advice: As for all Kate Canterbary's books, do not stop at the trope. This author has the magic ability to raise romance to another level. She has quickly become my absolute favorite writer. While waiting for her new release, I reread the other ones as I became addicted to her words. Therefore, I loved the appearance of the former books' characters, although this book can be read as a standalone.

Dini
5,0 sur 5 étoiles So swoontastic and it hurts so good!!!
Commenté au Royaume-Uni le 17 mars 2022
Achat vérifié
Just as I was thinking how I've never read a grumpy x grumpy romance, enter Sebastian and Sara, two screeching grumpy guts who are just a little fragile and lonely and honestly couldn't be more perfect for each other. This was so devastatingly heart-swooningly good that it was just rude? Like, the audacity of this author to write something that gutted me the way this did! Anyway, say hi to my new favourite Canterbary romance (now tied with The Belle and the Beard)! 👏🏽

Ngl, I was a bit worried that I wouldn't like this because at the beginning Sara was... Oof, she was a screech owl I was not jamming with although thankfully that moment of fear passed pretty quickly. On the other hand, I loved Sebastian from the go and I'm not gonna deny that 90% of why I loved this book was entirely because of him. Seriously. THIS MAN!!! *bites fist in squee!!!* 😮‍💨 UGH. I LOVED HIM SO GDM and I was not ready for just how much this man would send me crying in single! 🙃

Their chemistry was absolute perfection and I couldn't get enough of the way that Sebastian was a disgustingly lovesick fool for Sara. I didn't expect to love their hate banter as much as I did but damn if I didn't love it and wanted more, more, more! Were they bratty and maybe a little childishly petty at times? Sure they were. Did that stop me from literally CACKLING out loud countless times? It most certainly did not. I dare you to read the ridiculous situations they get into (thanks to anger management therapy) and NOT laugh. I mean, that jousting activity? I couldn't have contained my laughter even if you paid me! 😂 This is a prime example of when a lot of antagonistic banter just works and maybe it's my Sebastian bias but I melted every time he'd spout a new affectionately mean nickname for Sara.

That being said, this wasn't just a surface swoony romance. Sebastian and Sara are twin souls with layer upon layer of battle scars that they've carried with them for years and buried beneath fearsome glares and pleasing smiles. Sebastian may come across as an unmitigated scowly a** who complains ceaselessly and only feels one emotion, but that's simply his way of handling the overwhelming number of emotions he actually feels. Oh gosh, I was wrecked by the depth of emotion and aching loneliness he felt, which was only made more pronounced with each interaction he had with Sara. I wanted to grab onto him and wrap him up in a hug and never let him go! 🥺 Sara also had a pretty shoddy upbringing with incredibly toxic and controlling parents that condescend and gaslight like nobody's business. It was so gutting to read about what she dealt with and how it ended up taking such a toll on her body and mental health. It took a lot of work, patience and acceptance for them to finally get to a good place together but the journey is absolutely worth it. If you're a fan of enemies-to-lovers then I'd definitely recommend reading this because they don't play with their hate for each other and there's even a good amount of dirty hate sex in this and wow—it was just wow. True enemies-to-lovers, people! 🥵

I don't know if you can tell but I definitely loved this book 😂 I would read anything with Sebastian in it and Canterbary does mention several earlier books that he makes cameos in... So you know I'll be checking those out ASAP. Ugh, I still can't get over how swoony he is and I'm gonna leave this quote to end all quotes to end this review:
"I wanted to show her off tonight. Stand in front of all our friends, loop my arm around her waist, say, "Do you see? This one's mine." At the same time, I wanted to barricade us behind locked doors and under cozy blankets, press her hand to my chest, and say, "Do you see? This one's yours."

I adored this romance. From the scene where they destroyed an OR with a fight and got themselves into conflict resolution therapy, I knew I was in for a wild ride and I was.

Sebastian is an all out grump but he actually has a heart of gold (the scene where he tries to understand her relationship with food was just …. Awww!). Sara is a consummate people pleaser but not with him. Literally, made for each other.

scribesarah
5,0 sur 5 étoiles Fab rom-com and so much more
Commenté au Royaume-Uni le 30 décembre 2021
Achat vérifié
Seriously a contender for the best book I’ve read this year - and I’ve read over 400 of them. Flawed, rounded characters that drew me in. More than one honest-to-goodness giggle-out-loud moment - and a couple of tear-inducing ones too. Possibly my favourite Kate Canterbary book ever (which is saying something) - I’ll just need to reread it to be sure. Highly, highly recommend.
En lire plus
Signaler un abus
Traduire les commentaires en Français

lynz
3,0 sur 5 étoiles Nice weekend read
Commenté au Royaume-Uni le 1 mai 2022
Achat vérifié
There were nicely developed characters in this book but at times I found it difficult to follow the dialogue as we had so many characters all discussing and conversing at once. I did tell that in reality nothing actually happens in this story but the commitment to the book kept me reading.
En lire plus
Signaler un abus
Traduire les commentaires en Français