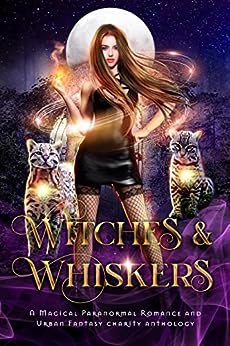 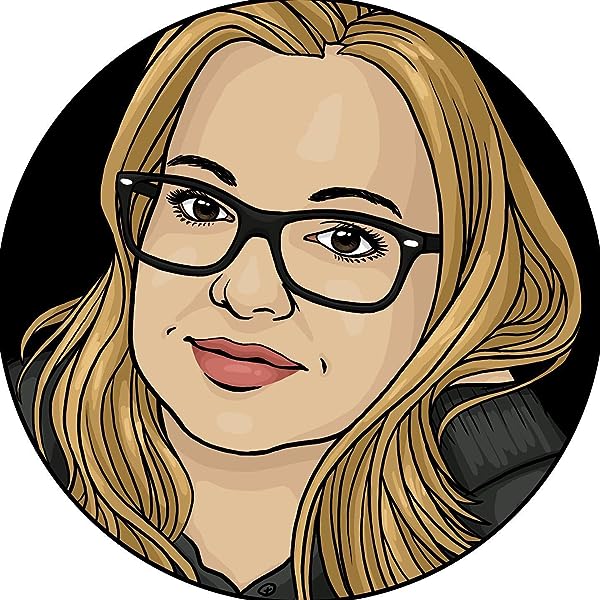 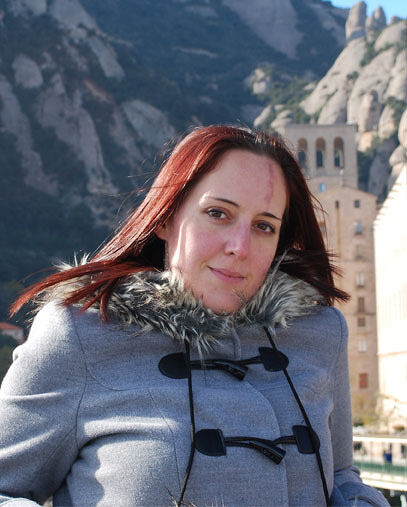 Witches & Whiskers is the purrfect choice for readers who want to be ravished by sizzling heroes and seduced by sassy heroines.

What are you waiting for? Get your paws on this page-turning read today and save a furry friend.

Every penny made goes to facilitate the rescue of dogs & cats, and help find their furever homes!

This collection contains new and previously published books bundled together for the first time to support the animals.

Oscar
5,0 sur 5 étoiles This anthology is pure gold dust
Commenté en France 🇫🇷 le 15 mars 2022
This anthology is pure gold dust. I have discovered of authors that I had not read before, and will definitely continue to read, such as Silvana G Sanchez. I loved the way that there was literally something for everyone, and that after a story about witches there would be a different type of story, maybe vampires, or shifters or even angels and demons. I enjoyed every single story in this book.. I received a free copy of this book via Booksprout and am voluntarily leaving a review.
En lire plus
Utile
Signaler un abus
Traduire les commentaires en Français
Afficher tous les commentaires

kelly Bugler
4,0 sur 5 étoiles Brilliant read
Commenté au Royaume-Uni 🇬🇧 le 16 mars 2022
Achat vérifié
Brilliant anthology.
This review is for: Mia Harlans: Her Donut Shifters:
Brilliant read. Jetta is struggling with her Neighbours. We all have that one thing which we are unable to tolerate, and for Jetta this happens to be Donuts and what should open its doors in her neighbourhood but a donut shop which is invading her happy place.
Brilliant read.
En lire plus
Signaler un abus
Traduire les commentaires en Français

Sydney M Neblett
5,0 sur 5 étoiles Collaborate for a cause
Commenté aux États-Unis 🇺🇸 le 2 avril 2022
Achat vérifié
Nothing better than to find a collection of some of my favorite authors joined together for a good cause. Each of the stories provided many hours of entertainment, thrills and the elusive HEA. Just look at some of my favorite offerings.

Nosey Rosie by Julia Mills
Finding a mate the Southern Fried way
This is only the second book in the series, but I’m hooked! These southern witches love to use their, sass, wit and snark to solve mysteries and avoid getting mated. It’s all a front though. Once their fated mate has proven his love and devotion the ladies give him their all. With all of their friends and every half-sibling that shows up they get stronger. The more the merrier in the search for a HEA. I can’t wait to see which sibling will find their fated mate next.
4 stars

Dark Embrace by Elle Boon
A story fit for a queen
Why did I wait so long to read this book? Oh I know, because now I’m desperate for the next book. Will Ezra and Dash become the pair they were meant to be? Will Khan find his heart’s love? So many questions and no answers until the next book. This book was as awesome and as intense as I knew it would be. The queen of the fae deserved no less when it came time to accept her mates. I love how the family keeps growing and the characters continue to connect and feel the love and joy. I am looking forward to the next book from the author no matter which series it is from.
5 stars

Casting Magic by C.D. Gorri
A girl after my own heart
The author did a fantastic job with this short fast read. I enjoyed the insta love aspect and then the relationship that developed from it. It was the perfect mix for a fantastic YA read. The author made the characters easy to fall in love with and left me excited to read more. This book had all of the action and excitement that the author brings to each book in her world and I can’t wait to see what she comes up with next.
5 stars
En lire plus
Une personne a trouvé cela utile
Signaler un abus
Traduire les commentaires en Français

Arch_Angel
4,0 sur 5 étoiles So much talent in one fabulous anthology!
Commenté aux États-Unis 🇺🇸 le 15 mars 2022
Achat vérifié
Witches & Whiskers is a fabulous collection of Magical, Paranormal and Urban Fantasy Romance where all proceeds go to aid a wonderful Charity. The stories included contain paranormal entities to entice all tastes such as, Witches, Wizards, Dragons, Bears, Wolves, Demons, Devils, Angels, Vampires, Fae, and any other supernatural creature you can imagine. There’s something to tempt every PNR reader and just some authors who have contributed are: Gina Kincade, Erzabet Bishop, Elle Boon, Felicity Heaton, A.C. James and so many, many more. Make sure to grab your copy TODAY! You won’t be disappointed.

AmandaK
5,0 sur 5 étoiles Short Stories
Commenté aux États-Unis 🇺🇸 le 16 mars 2022
Achat vérifié
This was a nice set of short stories. I was happy that each one had a page telling you what the story was about.

Spooky Simmons' Sing Along Songs by Jessa Lucas was my favorite. It was snarky and unexpected. I loved the idea of being to infuse magic into your art. It was thoughtful when dealing with emotional trauma and grief.
En lire plus
3 personnes ont trouvé cela utile
Signaler un abus
Traduire les commentaires en Français

If you like shifters of all kinds and paranormal, you're going to love this anthology. And the fact that it's helping out animals makes it so much more special. I've only read a few of the stories but I do have plans to read more of them. Elle Boon is a favorite of mine and her story is one I love!!!! Loved it!!
En lire plus
3 personnes ont trouvé cela utile
Signaler un abus
Traduire les commentaires en Français
Afficher tous les commentaires
Signaler un problème
Cet article contient-il des contenus inappropriés ?
Rapport
Pensez-vous que cet article enfreint un droit d'auteur ?
Rapport
Est-ce que cet article présente des problèmes de qualité ou de mise en forme ?
Rapport