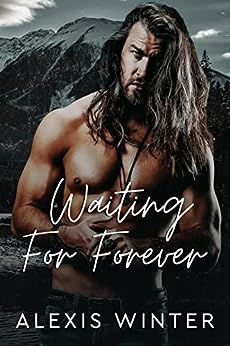 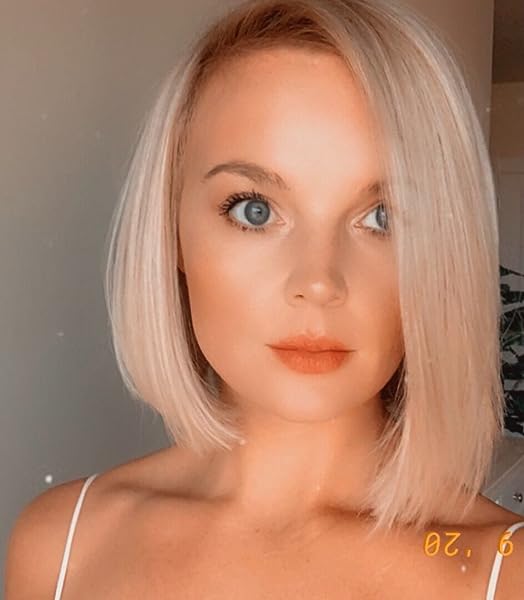 As a firefighter, I’ve dedicated my life to saving others but I couldn't' save my family.
After losing my wife and unborn daughter, I was done with it all: love, happily ever after, a family.
Then I met her—Stephanie Hartman. 5’10” of pure perfection.

For over a year I’ve sat back and watched her tend bar at my local watering hole.
I’ve witnessed the way she cares for others.
The way she listens to their sob stories.
The sincere smile she offers them when they break down after a few too many.

I’ve even stolen a few flirty moments of her time.
A wink here, a lingering glance there—The connection was instant.

The chemistry between us could melt diamonds.
I tried to resist. Told myself she deserves more than a broken man.
But neither of us wanted to fight it any longer, so I gave in…we both did.
The moment my lips tasted her I was done and she was mine.

She made me come alive. She made me feel things I thought had died years ago.
But there’s something lurking behind her beautiful eyes—pain and loss.

She’s been carrying a secret so heavy, neither of us were prepared when it broke loose.
I’ll be dammed if I let it destroy us before we even get a chance.

Just when it seems we finally got it right...He shows up, dragging her back to Wyoming with threats of ruining her life.
He’s not just a bitter ex—he’s a dangerous felon with a past so dark and a sheriff in his pocket, he’s willing to kill to keep it safe.

She’s made it more than clear though—she doesn’t need saving.
But when I see danger approaching, instinct kicks in.
I lost everything once before, I won’t lose her too.
But the harder I try to save her, the more it seems like she’s slipping away.

Maybe after everything that life has put her through, I’m not the man she needs.

Even if I lose her.
Even if she chooses him.
Even if this is all I’ll ever have with her.
She was worth it.

Dive in to this delicious mountain man series that will have you swooning for these brooding alphas. Each book in this series will have you clutching your heart with off-the-charts heat and all the feels. You might be tempted to slap these frustrating men a few times but you’ll fall in love with each one before it’s over. Each book in this series can be read as a stand-alone.
En lire plus
Previous page
Next page
Les 1 prochains articles de cette série pour vous Voir la série complète
Prix total Kindle EUR 3,78 TVA incluse
Vendu par : Amazon Media EU S.à r.l.

Kindle Customer. cas
5,0 sur 5 étoiles Another winner
Commenté au Royaume-Uni le 14 février 2022
Achat vérifié
Been waiting for this book to come out, and it was certainly worth the wait. Loved this series and hope there are more to come.
En lire plus
Signaler un abus
Traduire les commentaires en Français

Tracey Bromage
4,0 sur 5 étoiles love it
Commenté au Royaume-Uni le 23 mars 2022
Achat vérifié
Love all the books and how each one had there own sad beginning and there happy ever after fab series.
En lire plus
Signaler un abus
Traduire les commentaires en Français

Kristina Elizabeth
4,0 sur 5 étoiles Heartaches to Happily Ever After
Commenté aux États-Unis le 15 février 2022
Achat vérifié
This is the 5th book of the Men of Rocky Mountain series and it has been no secret that I have been loving this series. While these are written as standalones, I recommend the entire series or atleast Only for Forever. Ryder and Stephanie were seen in this book and I think it will help get an idea about their relationship. The book starts off with them already wanting to date. That might make it seem like an insta-love kinda thing but they had known each other for a bit at this point. The story was very fast paced though.

Stephanie starts off the book as she is escaping from her home with her husband. She is a strong woman who has been through a lot in her life, she went from foster home to foster home and then got married to her much older boyfriend. He quickly turned abusive and there were a few scenes with this, so if that is a TW then beware. Stephanie has been hiding out ever since leaving her husband and has not told many people about her past. Ryder has helped her reach a level of comfort that allowed her to open up to him about her past. Ryder is such a sweet caring soul who has also gone through a loss and heartbreak of his own. I loved watching him fall for Stephanie and be there to support her. Unfortunately their love story isn’t smooth and they have a lot of struggles to work through before they get their happily ever after. Aside from all their pain is a couple who have a lot of chemistry together and have fun together.

This book is an emotional journey with some very heavy topics. It is fast paced with a lot of back and forth between the main characters and was beautifully told. Alexis never fails to write such wonderful love stories.
En lire plus
3 personnes ont trouvé cela utile
Signaler un abus
Traduire les commentaires en Français

Nancy NC
5,0 sur 5 étoiles Defeating the Hurt of the Past and Reaching for a Future of Love
Commenté aux États-Unis le 3 mars 2022
Achat vérifié
Stephanie Jolene Hartman, as a child of the foster system for her first 17 years, had learned not to have big dreams or aspirations. As she was shuffled from family to family, all of her personal belongings packed in a large trash bag, all she sought was to survive so that she could eventually escape. And so, she learned to keep her dreams small which was how she came, at the age of 17, to accept the proposal of marriage from Daryl Sellars of Lander, Wyoming, a 24-yr-old man who was a virtual stranger. But he made her promises of stability that her young vulnerable heart could not resist. And so, with no real caring guidance, Stephanie had, by the time she was 18, married Daryl and had begun, for the first time, to dream of a place that could be her permanent home with a man whom she could learn to love and who could love and value her.

And, for the first year of marriage, the tall, slender beautiful woman with chocolate brown hair was lulled into the simple dream of the love of an apparently good older man and a life of happily-ever-after. But within a year of marriage, Daryl had ended her dreams of love with his drinking, his fist, his abuse and her broken bones and blackened eyes. So, Stephanie began to fashion another dream, a dream of escape—a dream of a life away from Daryl. And through careful observation, plotting and patience, Stephanie was able to escape her husband.

For weeks she slipped money out of the safe that was locked with the numbers of his birthdate—enough money to buy and old car, pay to have it stored and still leave her and escape fund, but not enough to be detected. So, after carefully preparing him a delicious dinner, and she add sleeping pills to his iced beers, and she ran—literally—through the 4 miles of woods where her newly purchased get-away car awaited. And she drove, mile after mile, until she final stopped in Virginia Dale, Colorado, a small community where she was able to find work as a bar tender. And there she stayed, connecting with people like Celeste Slade, and thriving for 2 years until her survival instinct once more sent her running. And she ran, not far, but away from her developing false security.

So, with her relocation to the nearby community of Grand Lake where she once more could use her skills of mixing drinks and listening with a sympathetic ear as a bartender at The Lariat. And there she met the members of the community like Leigh Brooks who had recently opened a Pilates studio. And, she also allows herself the attention of the local fire chief, Ryder, a single, handsome big man with dirty blond hair held in a manbun whose past losses often shadowed his piercing blue eyes. And finally, Steph begins to find herself, not the timid abused woman who was shaped by years of foster care followed by an abusive man, but the Steph who was willing to take a risk by making friends.

And, she followed her passion of Pilates to train and become certified and to work for Leigh, running the local exercise studio. And, she finally gave herself permission to actually consider a man, especially a big man, as someone who was not a source of pain and control. But taking a risk like a relationship with Ryder is both a positive and a negative. While it is wonderful for her to connect with Ryder—he is kind and gentle—unlike any man she has ever encountered, he also makes her want to start fresh, to rid herself of past evil alliances, to file for divorce from her abusive husband. But opening her heart makes her vulnerable—vulnerable to emotional hurt, but also vulnerable as she begins to put down roots and attempts to legally break away from her past. And the longer she stays in Grand Lake, the more vulnerable she becomes to discovery by Daryl and his cousin Rick, the sheriff of Lauder, Wyoming with his access to legal data banks and court filings.

Alexis Winter continues to offer the reader love stories based in and around the small Colorado community of Grand Lake. Each story is unique, but it is pleasant to encounter friends and families as love and forever continue to be the focus.

I received a free copy of this book via Booksprout and am voluntarily leaving a review, but always enjoy Winters’ world of romance, so I bought a copy.
En lire plus
Une personne a trouvé cela utile
Signaler un abus
Traduire les commentaires en Français

Linda Reads
4,0 sur 5 étoiles Ryder and Stephanie deserve an HEA after their heartaches and past experiences
Commenté aux États-Unis le 14 février 2022
Achat vérifié
This was undoubtedly a steamy book as all of Ms. Winter’s books, but this was poignant too with a heart-pounding start. Actually, my eye glasses were left speckled with tears a few times.
Steph is terrified that her abusive husband will find her and take her back or worse, kill her for running away from him. Steph has been on the run for three years. In her current place, she and Ryder have been flirting for a year and he finally asks if they can hang out together. She takes the initiative and sets a date! He wants to be a gentleman and she wants the sexy Fire Chief to show his stuff. Poor Ryder is still mourning the loss of his wife Tara and their unborn baby but there is just something about Steph that reaches him. Their love scene in chapter 24 will have you clinching your knees. There will be lots more steam, angst and scary moments before they reach their happily ever after.
If you like explicit love scenes with lots of heat but also romantic moments between two deserving people, try this book. I volunteered to review an ARC of this book through Booksprout.
En lire plus
Signaler un abus
Traduire les commentaires en Français
Afficher tous les commentaires
Signaler un problème
Cet article contient-il des contenus inappropriés ?
Rapport
Pensez-vous que cet article enfreint un droit d'auteur ?
Rapport
Est-ce que cet article présente des problèmes de qualité ou de mise en forme ?
Rapport