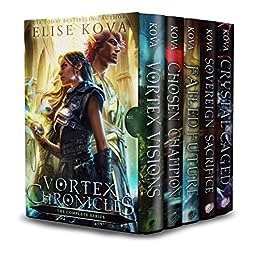 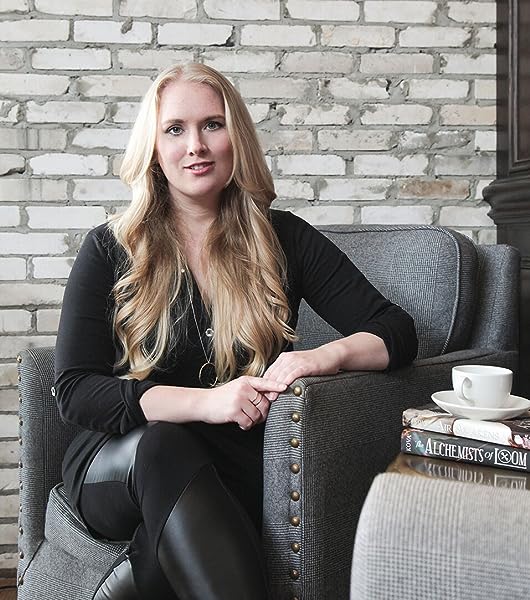 Perfect for fans of Throne of Glass and Oath Taker, this YA epic fantasy series about a desperate princess struggling to save her world is impossible to put down!

They should've never met. She's the crown princess. He's a mysterious sorcerer. But the unexpected happens when the world is ending.

When Crown Princess Vi Solaris finds out she has a rare and deadly power, she must make a choice:

Her magic or her throne.

But the choice isn't as simple as it appears, because her magic is the key to saving the world. As her Empire falters from political infighting and a deadly plague, Vi trains in secret under a deadly sorcerer from a distant land. From his pointed ears to enchanting eyes and silver tongue, he's nothing like anyone she's ever met before. Vi knows she should fear him and his shadowed past, but he may just be the only one who really knows what's happening to her.

Locked together with the fate of a dying world, Vi sets off to uncover the truth of a magic that wasn't made for mortal hands. But the ultimate triumph will require the ultimate sacrifice. Once Vi embarks on her epic journey of adventure, romance, family, and duty, there will be no turning back.

It's over 1,700 pages of magic, romance, and fantasy adventures, complete with a happy ending that's perfect for fans of Sarah J. Maas, Leigh Bardugo, and Holly Black.

Ben
5,0 sur 5 étoiles A truly fantastic, intricate plot.
Commenté au Royaume-Uni le 14 juin 2021
Achat vérifié
I'm a massive reader and don't normally leave reviews but I was so impressed by the complexity and ingenious plot of this book that connects to so much of the original Air Awakens and the Golden Guard books that I had to leave a review.

SPOILER
Time travel books so often fail but this was an example of it used to perfection. So, so clever.
En lire plus
Signaler un abus
Traduire les commentaires en Français

Rebecca Davis
5,0 sur 5 étoiles Griping and very clever
Commenté au Royaume-Uni le 8 janvier 2022
Achat vérifié
The way this series weaves in and out of the Air Awakens series and ties it all together is so clever. I binged all 5 books in a week.
En lire plus
Signaler un abus
Traduire les commentaires en Français