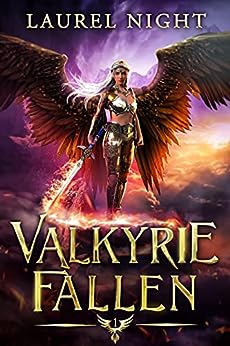 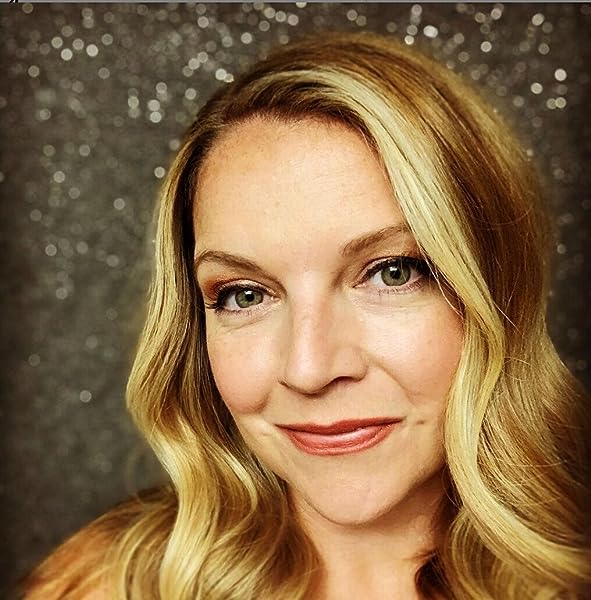 There are some fates worse than death…

Trust me, I’ve lived them all. As an immortal being, I’ve been around for thousands of years.

My single aim? To avoid becoming a deadly weapon at the hands of a corrupt Odin.

Unfortunately, I can’t run forever. And when he catches up to me, he forces me back in time for a do-over.

Stuck in the age of the vikings, I find it hard to give up modern conveniences, but even harder to lose the only things I had going for me: my free will and the armor that gives me my special brand of Valkyrie magic.

I've found three men who want to soothe my wounded soul, yet I struggle to put my trust in any man. I refuse to let Odin win, but what do I do when the only way to victory is to give up my most prized possession: my heart?

Valkyrie Fallen is the first book in the Vikings & Vengeance duet, featuring vengeful Norse gods, three sexy viking men, and one seriously pissed off valkyrie. Expect lots of action, adventure, and a swoon-worthy romance between a foul-mouthed, millennia-old warrior and the men she calls her own. This is a medium burn romance, and is not recommended for readers under 18.

Jaime basham
5,0 sur 5 étoiles fantastic characters!! great story!! a+++
Commenté au Royaume-Uni le 4 novembre 2021
Achat vérifié
Absolutely adored this book, i wasnt sure i was going to like it when i started but found myself sucked in by the characters and the storyline, well written as always by this author, once i got into it i couldnt put it down!! So excited for the next one now!!
En lire plus
Signaler un abus
Traduire les commentaires en Français

Amazon Customer
5,0 sur 5 étoiles Loved every Second reading this book
Commenté au Canada le 6 novembre 2021
Achat vérifié
Laurel writes her characters emotions so naturally that it’s hard to differ from my own vs the characters POV I’m reading. It was hard to see the fmc so discouraged but it proved worthy as she turned it around with the help of the men that surround her. Plus she helped set a girls ankle that could have been catastrophic during those times. I can’t wait to see how she flips the bird to Odin! Ohhh Thor should get some bird flipping too!
En lire plus
Signaler un abus
Traduire les commentaires en Français

The premise of this story captured my attention immediately.

Brenna is a Valkyrie who has been on the run from Odin for hundreds of years. When he finally captures her, she’s thrown into a time she has already lived before, but meets people she has never met. Those three men are our Vikings Soren, Leif, and Bjorn.

I just want to start by saying I adored all of the men and have zero complaints about them. Leif is the youngest and so incredibly innocent, he’s smitten with Brenna the moment he sees her. Bjorn a little rough around the edges but as the translation of his name in English goes, he’s a big (ole teddy) bear. Soren is a little more colder than the other two men, more clever and clinical but he’s not immune to the fmc’s charms.

As for Brenna, she is the type of fmc I like she’s confident, sexy, and powerful of course as one would expect a Valkyrie to be. She lives her life wild and as free as she can. In my opinion she lives her life like someone who isn’t quite afraid of death but isn’t exactly going after it either. She doesn’t always make the right choices, but she has a heart of gold despite her tough exterior and I really liked her. That and she’s a sexually confident fmc, with loads of experiences (as she immortal) which is a trait I always enjoy.

While I didn’t exactly think that Odin’s motives/ reasoning for punishing her was explained enough. I understand why she rebelled but I don’t understand why he has such strong interest in her in particular. Maybe we will learn more about this next book.

Anyways, I throughly enjoyed this story and can’t wait to read the next one. This is the first time I’ve read this author and I look forward to giving her other books a try.

Also I would classify this book a little more on the fastburn side than I would medium burn. As I feel like two of the men fell pretty quickly for her.

clillies92
5,0 sur 5 étoiles Great Intro to Unique Norse Mythos-Based Reverse Harem Adventure
Commenté aux États-Unis le 5 novembre 2021
Achat vérifié
- World-building - ⭐⭐⭐⭐
- Characters - ⭐⭐⭐⭐⭐
- Heat - 🔥🔥
- Editing/Proofreading - ⭐⭐⭐⭐
- Enjoyableness - ⭐⭐⭐⭐⭐
- This was a very easy-to-read book. There's not a crazy amount of action, steamy or stabby, but it is there. And the MFC, Brenna, a fallen Valkyrie, is very in touch with her emotions and the way Laurel writes Brenna's inner dialogue with herself is very honest and comfortable. Brenna's depressed and aware of it at many points through the book. And she's not apologetic for the ways she's coped with her emotions in the past, though she's also aware that they're not always healthy and helpful to those around her. So she knows when to rein it in.
- Being set back in 800 AD, much of the book is about daily life in Viking Norway. But in a way that is still intriguing to read and doesn't come off as drudgery. You care about the characters, even the secondary ones, and you want them to both survive and thrive in this harsh life.
- There's not much heat in this book. But it works. And it makes sense considering the time period and region and their approach to sex (in general) as well as all of the life experiences the various characters are going through.
- The "guys" (that will be the eventual harem) are quite different and definitely NOT perfect - that's one of my favorite elements of an RH book. I don't want a boy scout, perfect, superman type love interest. I want the men to seem real. And these certainly do. You've got a big, burly, manly man, and the gentle-souled pretty boy (with the sturdy Viking twist), and the contemplative, emotionally astute thinker. And all of them say and/or do something to anger our MFC, rightfully so. But they also then have conversations discussing things.
- I'm very much looking forward to where this book series is going.
En lire plus
Signaler un abus
Traduire les commentaires en Français

Liz K
5,0 sur 5 étoiles Loving this new series!
Commenté aux États-Unis le 6 novembre 2021
Achat vérifié
I'm going to be honest and say that I was enthralled by the Alpha Queen Legacy series and that led to a bit of apprehension about whether this new series would grab me and hold me as strong, but I was definitely game to find out.

A few things I now feel very secure in my knowledge of. 1) Anything Laurel Night writes is going to grab you from page one and keep your brain cycling over long after the last page. 2) Her storytelling is unique and fresh. This book doesn't feel anything like the Alpha Queen series, other than that there are complex characters, a deep plot, and sweet slow building steam.

I'm 100% hooked on this new series. Brenna (fmc) is such a relatable leading lady, with her grief, guilt, endurance, and commitment so visible in her character from the early pages. The guys, Bjorn, Leif, and Soren, are so very different, both from each other as well as from the guys in her prior series. These are all genuinely fresh characters, and a completely different world and plot. I love that this story is clearly going to stand on its own and force me to leave off from trying to draw any comparisons.

I'm just got to say that somewhere around the 60% mark of the book, Brenna has a few awesome reveals and moments. You'll be rooting for her so hard and if you're like me, you'll be grinning as she has "mic drop" moments.

I also LOVE that this series has a heavy influence from Norse mythology and the lore of Asgard, Loki, Odin, Thor, and the Vikings, but this not the Marvel telling. These characters are dark and dubious and it makes the mystery and the fantasy so much more fascinating.