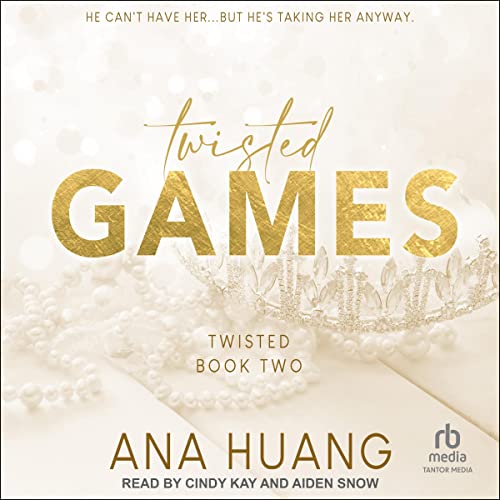 Stoic, broody, and arrogant, elite bodyguard Rhys Larsen has two rules: 1) Protect his clients at all costs 2) Do not become emotionally involved. Ever. He has never once been tempted to break those rules...until her.

Bridget von Ascheberg. A princess with a stubborn streak and a hidden fire that reduces his rules to ash. She's nothing he expected and everything he never knew he needed. Day by day, inch by inch, she breaks down his defenses until he's faced with a truth he can no longer deny: he swore an oath to protect her, but all he wants is to ruin her.

Because she's his. His princess. His forbidden fruit. His every depraved fantasy.

Regal, strong-willed, and bound by the chains of duty, Princess Bridget dreams of the freedom to live and love as she chooses. But when her brother abdicates, she's suddenly faced with the prospect of a loveless, politically expedient marriage and a throne she never wanted.

And as she navigates the intricacies—and treacheries—of her new role, she must also hide her desire for a man she can't have. Her bodyguard. Her protector. Her ultimate ruin.

Theirs is a love that could destroy a kingdom...and doom them both.

Client d'Amazon
5,0 sur 5 étoiles I loved it
Commenté en France 🇫🇷 le 7 septembre 2021
Achat vérifié
The bodyguard trope has been my favorite since I was 5 watching the movie, Bodyguard. This book is so well written, the story balances with the steamy scene. The Twisted series is 10/10 👌🏽
En lire plus
Une personne a trouvé cela utile
Utile
Signaler un abus
Traduire les commentaires en Français

Julie🕊️Books.and.chocolat3📚
5,0 sur 5 étoiles Amazing
Commenté en France 🇫🇷 le 13 août 2021
I was lucky to have an ARC on this book.. and I absolutely loved it !
It’s sexy , funny , steamy with endearing characters in a catchy story very well written..
I couldn’t put my kindle down from the first word to the last one .. I fell in love .. hard !
Must read !
En lire plus
Une personne a trouvé cela utile
Utile
Signaler un abus
Traduire les commentaires en Français
Afficher tous les commentaires

Shelby
4,0 sur 5 étoiles Princess Diaries Spin Off
Commenté au Royaume-Uni 🇬🇧 le 15 juillet 2022
Achat vérifié
I did truly love this book. I did. It gave me princess diaries vibes with Bridget becoming Queen without needing a husband etc. And the whole overthrowing parliament to get the bill passed. I definitely think the author used Meg Cabot as her inspiration for that. As for the story itself; it was amazing. The slow burn of the forbidden romance between Bridget and Rhys had me wanting to keep reading to get to the love and spice scenes. So it held my interest. However, I was kinda mad with the author for the way she solved things. SPOILER ALERT. DONT read any further if you haven’t read the book. I kinda knew she had to give Rhys noble blood but I just felt like it was the obvious loophole. And it was a lazy one. I think the book would have been a lot better if it had stuck to its guns by keeping Rhys as a commoner that Bridget married. And yes I know, the whole country and the royal family think he’s a commoner anyway as they don’t know his true heritage. But the thing is; I know! And I think it was a cheap cop out. But this was the only issue I had with the book. On the whole, I couldn’t fault it. I do think Ava and Alex still hold my heart as number one though. But I still have jules and Josh’s story to get through. And Stella and Christians so my favourites may change. We shall see.
En lire plus
2 personnes ont trouvé cela utile
Signaler un abus
Traduire les commentaires en Français

Amy
5,0 sur 5 étoiles Loved rhys and Bridget!
Commenté au Royaume-Uni 🇬🇧 le 27 juin 2022
Achat vérifié
grumpy and broody rhys larsen is the new bodyguard of princess bridget von asheberg and future queen of eldorra. he’s overly protective and strict and he infuriates bridget as much as she infuriates him. he tries to keep it strictly professional, but there’s only so much sexual tension they can put up with before they’re unable to resist each other🤭.

okaaaay bucket list number four🦋 i loved their little getaway🥹🌞. protective rhys is my favourite🥵! my heart broke finding out about rhys past, he’s been through so much💔.

i loved how this was set over quite a long timeline, and how sassy bridget is, she is a literal princess.. actual goals👑. it’s set out in two parts, part one runs along the same timeline as twisted love and part two is after, although it’s a series you don’t need to read twisted love for this one to make sense, but for the best reading experience i would recommend reading them in order—because they’re both great😍.

this book was sooo spicy, RHYS🥵 what a mouth on that man, sorry but the throne room🔥 iykyk🤪. the ending was so sweet, my heart🥹🦋 i loved sassy bridget and rhys’ dry sense of humour.

we love a hea! so excited to read twisted hate! i’m fully obsessed with these absolutely stunning covers😍.

Amy
5,0 sur 5 étoiles A fairytale love story 👑😭😭
Commenté au Royaume-Uni 🇬🇧 le 4 septembre 2022
Achat vérifié
OMG!!!! Mind blowing!!!!! 😭🤯 this story was everything 🥺 I can see why this book was so popular and most talked about, adored Bridget and Rhys’s love story 🥺 reminded me so much of The Princess Diaries 😍 BUT BETTER!!!!! 🥲 so romantic! 😭 the ending was stunning, the quotes also were just incredibly beautiful 😭 really connected with all the characters, this is one of those stories you wish you could read for the first time again 🥲 each book in this series just keeps getting better and better 🥺 onto the next book tomorrow 😜😆

This story is a masterpiece! 👑❤️

“But someone once told me we always end up where we’re meant to be, and this is where I’m meant to be. With you.” 💛

“You filled a part of my soul I always thought would be empty, and you healed scars I never knew existed. And I realised... it's not that I didn't believe in love before. It's that I was saving it all for you.” 💛
En lire plus
Une personne a trouvé cela utile
Signaler un abus
Traduire les commentaires en Français

Laura
5,0 sur 5 étoiles I loved this even more than the first one!
Commenté au Royaume-Uni 🇬🇧 le 1 septembre 2022
Achat vérifié
Bridget is beyond loveable! She's such an honest and down to earth person despite literally being royalty! She never comes across as snotty or anything you'd normally expect from a princess. It's no wonder Rhys adores her!

Ryhs is my dream book boyfriend. He's protective and soft only for Bridget. He's certainly not perfect but that just makes him even better in my opinion.

I adored their dynamics and the progression of their relationship was outstanding! It's going to take a while to get these two out of my head!
En lire plus
Une personne a trouvé cela utile
Signaler un abus
Traduire les commentaires en Français

The Princess - beautiful inside and out! Loved her grounded yet realistic personality.

The romance - slow burn, realistic and beautiful!
The chemistry - it was tense, steamy and super racy!