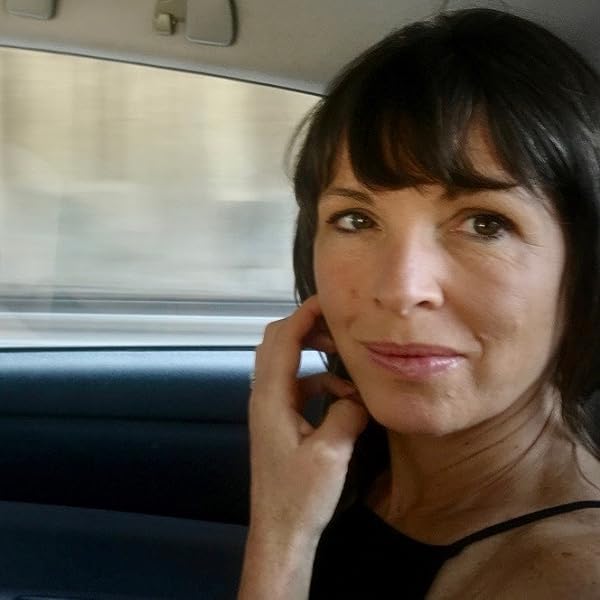 A Guardian / New Statesman / Observer / Spectator Book of the Year

Shortlisted for the 2016 Goldsmiths Prize

In the wake of family collapse, a writer and her two young sons move to London. The process of upheaval is the catalyst for a number of transitions – personal, moral, artistic, practical – as she endeavours to construct a new reality for herself and her children. In the city she is made to confront aspects of living she has, until now, avoided, and to consider questions of vulnerability and power, death and renewal, in what becomes her struggle to reattach herself to, and believe in, life.

Filtered through the impersonal gaze of its keenly intelligent protagonist, Transit sees Rachel Cusk delve deeper into the themes first raised in her critically acclaimed Outline, and offers up a penetrating and moving reflection on childhood and fate, the value of suffering, the moral problems of personal responsibility and the mystery of change.

In this precise, short and yet epic cycle of novels, Cusk manages to describe the most elemental experiences, the liminal qualities of life, through a narrative near-silence that draws language towards it. She captures with unsettling restraint and honesty the longing to both inhabit and flee one's life and the wrenching ambivalence animating our desire to feel real.
En lire plus
Previous page
Next page

"Rachel Cusk’s new novel is tremendous from its opening sentence … Cusk is always an exciting writer: striking and challenging, with a distinctive cool prose voice, and behind that coolness something untamed and full of raw force, even rash ... Transit steers with stylishness and grace between the low-lying truths and the significant dramas we compose for ourselves out of the accidents which befall us. Offering no hostages to convention, it’s somehow page-turningly enthralling and charged with the power to move." (Tessa Hadley Guardian)

"Her writing, for all its laconic, pared-back grace, is rich in detail… Cusk is now working on a level that makes it very surprising she has not yet won a major literary prize. Her technical originality is equalled by the compelling nature of her subject matter, and Transit is a very fine novel indeed." (Helen Dunmore Observer)

"Transfixing…There’s a constant sense of Ms. Cusk’s mind whirling, as if she were forever, in the background, performing an internal disk check. Transit is fat with substance, as August Wilson once said he wanted his plays to be. There’s a lot of humor in its talk." (Dwight Garner New York Times)

"In her effort to expose the illusions of both fiction and life, [Rachel Cusk] may have discovered the most genuine way to write a novel today." (Atlantic)

"I was also dazzled by Rachel Cusk’s Transit… Cusk has perfected the brilliant, dark humour possible with a narrator apparently oblivious to the comedy of the scenes she’s describing." (Lara Feigel Observer, Book of the Year)

"Superb. This second volume confirms that one of the most fascinating projects in contemporary fiction is unfolding in Rachel Cusk's trilogy. Like Outline, Transit is written with a disarming, deceptive simplicity that belies its psychological insight. The effect is like looking down into clear sea water and slowly realising that you can see to dizzying depths." (Adam Foulds)

"It is delightfully fun to read. Cusk knows how to write a great novel, and this one satisfies on many levels… She is producing work that is beautifully refined." (Melissa Katsoulis The Times)

"Brave and uncompromising in its literary ambition, Transit is a work of cut-glass brilliance that quietly insists on the reader’s thoughtful attention. One beautifully crafted sentence follows another." (Rebecca Abrams Financial Times)

"Rachel Cusk is too smart for her own good and that’s great for her readers. She seems to have X-ray eyes and writes as if she alone can see AND enjoy the horror and sadness underneath all human relationships. Each one of her words stings like a needle prick." (John Waters)

"Fascinating and tender and wise; I got to the end much sooner than I would have liked. It’s poignant without trying to be – observant of the small ways pain is meted out without being judgemental or declamatory. And perhaps what I liked most, what kept me reading, is the way the narrator felt very present – I don't say character because Faye doesn’t feel like a character, and that's a good thing, a very good thing." (Claire-Louise Bennett)

"Faye, ever the perceptive spectator, asks questions and listens to the answers coolly, never sympathetic, only pitilessly, brittly observant. And while Cusk, creatively alive again, remains a writer who does not ask to be liked, she does demand to be admired." (Katie Law Evening Standard)

"[It] is as exquisitely self-withholding as its predecessor." (Francis Spufford New Statesman, Book of the Year)

Rachel Cusk was born in Canada in 1967 and moved to the United Kingdom in 1974. She is the author of nine novels and three works of non-fiction. She has won and been shortlisted for numerous prizes: Outline (2014) was shortlisted for the Folio Prize, the Goldsmiths Prize, the Baileys Prize, the Giller Prize and the Canadian Governor General's Award. It was also picked by the New York Times as one of the top ten books of the year. In 2003, Rachel Cusk was nominated by Granta magazine as one of 20 'Best of Young British Novelists'. In 2015 her version of Euripides’ ‘Medea’ was put on at the Almeida Theatre with Rupert Goold directing and was shortlisted for the Susan Smith Blackburn Prize.
Commencez à lire Transit (English Edition) sur votre Kindle en moins d'une minute.

Pet
4,0 sur 5 étoiles Not as good as “Outline” with some dragged-out plot lines but not bad
Commenté au Royaume-Uni le 14 janvier 2022
Achat vérifié
I love Cusk’s writing - her ability to observe is mesmerising and I admire her talent for turning the mundane into endless “a-ha!” moments which feel like the universal human experience. However, I have to admit that I liked “Outline” far better than this subsequent novel. “Transit” feels a bit bruised and tired at points and the aim of some of the stories is a little lost. Namely, the calls from the sons which add nothing, the story of the friend who has developed a slight asthma by living in a house that has constant works done to it, and the last story of the cousin and his wife. All of these plot lines are either dragged out and empty or leave a feeling that they are just there as fillers. I still enjoyed the book, yet not as much as I had hoped to.
En lire plus
Signaler un abus
Traduire les commentaires en Français

Roman Clodia
5,0 sur 5 étoiles Experimental, but always readable
Commenté au Royaume-Uni le 30 janvier 2019
Achat vérifié
Volume 2 of Cusk's Outline trilogy and Faye is now back in London. Having moved from bare outline in the first book to something a little more filled in, this develops her story from the despair of separation to a state that can at least imagine the possibilities and potentials of change.

For me this is an extraordinary literary experiment, and one that *works*. Innovative technique combines with a ravishing readability, prose which is pellucid and precise, which must be the result of editing and rewriting but which bears no visible weight of revision.

Charlie B
5,0 sur 5 étoiles A Rewarding Read
Commenté au Royaume-Uni le 25 mai 2018
Achat vérifié
This, the second book of a trilogy, was an excellent read and one that provoked much thought about the transience of much of our lives. The title is very apt as all the characters appear to be in some sort of flux. The characterisation is entirely credible as are the interpersonal relationships. I wholeheartedly recommend this novel but do suggest you read the first book in the trilogy, "Outline" first so that you can track the development of the central character.
En lire plus
3 personnes ont trouvé cela utile
Signaler un abus
Traduire les commentaires en Français

Heather
2,0 sur 5 étoiles Disappointing
Commenté au Royaume-Uni le 31 décembre 2016
Achat vérifié
I had high hopes for this novel after reading Outline and A life's Work. But I found the story line almost non existent and the protagonist vacuous. Some thoughtful philosophy meandered throughout but did not compensate for the emptiness.
En lire plus
9 personnes ont trouvé cela utile
Signaler un abus
Traduire les commentaires en Français

Florence Donovan
5,0 sur 5 étoiles Wonderful
Commenté au Royaume-Uni le 11 janvier 2019
Achat vérifié
A wonderful wonderful trilogy. Every sentence contains a truism as the narrator slowly disappears and we only see her through what other people choose to tell her. All three books are extremely well written with a choice of language that puts most top 10 authors to shame. I would put CUSK on the same planet as Stefan Zweig. Both tell stories where facets of human nature are contained in every sentence.
En lire plus
Signaler un abus
Traduire les commentaires en Français
Afficher tous les commentaires