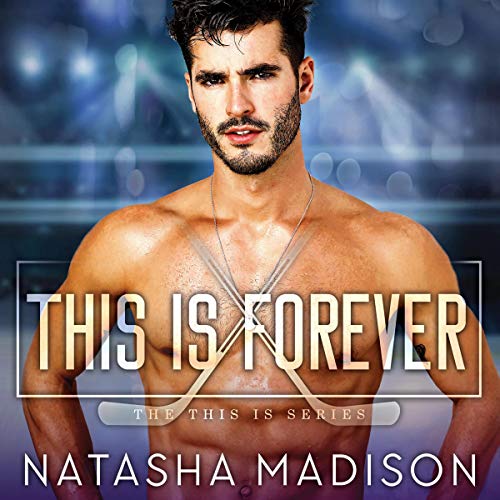 Sophie SoSweety
5,0 sur 5 étoiles It’s a Stone thing
Commenté en France le 20 janvier 2020
Achat vérifié
I’m glad Justin has his own story like the whole Stone family. I’m gonna miss this family so much like my own. I love them so much.
Caroline and Justin are an amazing couple and Dylan is so cute. Justin will make you swoon, he is perfect.
En lire plus
Utile
Signaler un abus
Traduire les commentaires en Français
Afficher tous les commentaires

Sarah_Loves_Reading_Romance
5,0 sur 5 étoiles Everyone needs a Stone family man in their life
Commenté au Royaume-Uni le 16 janvier 2020
Achat vérifié
I fell in love with Natasha’s writing after reading her first book, Something So Right. At the very end of that book, baby Justin is born. Never in my wildest dreams did I think, 3 and a half years later, I’d be even more in love with Justin than I am his father, the Cooper Stone.

This book takes the family story full circle, in SSR Cooper falls in love with single mom Parker, whose young son is a gifted hockey player, and the same happens to Justin in this story, Justin falls for single mum Caroline, and her young son Dylan, who is event more gifted at hockey than the Stone men. Be prepared to not only lose your heart to Justin, but also to Dylan, the sweetest 8 year old ever.

This story will decimate your heart, it will take you on a journey that will have you sobbing your heart out, at the same time as swooning at what an amazing man Justin is and laughing at the family’s antics. Justin continually shows how he not only loves and cares for Caroline, but also takes Dylan under his wing on and off the ice and teaches him how to be a good man. He gives both Dylan and Caroline the one thing that’s been lacking from their lives, the love and affection of family.
As with all the books in this fantastic series, amongst the heavy is the light relief that comes in the form of the Stone family ties, the bond between Matthew and Justin is strong, Matthew not only guides Justin in what to do when it comes to Caroline, but he does it in such a way that you will be crying with laughter.

I loved Caroline and Justin’s HEA, it’s the story you didn’t know the series was missing until you read it, then everything finally clicks into place and you are content with the ending this family has…. Until Natasha finally relents and writes the next generations stories (Jack and Evie anyone?!)

I would give this book a million stars if I could, this is Natasha bringing not only her A game, but all the game in the world, she smashed this one and I can’t recommend it enough.
En lire plus
Une personne a trouvé cela utile
Signaler un abus
Traduire les commentaires en Français

Mags
5,0 sur 5 étoiles Utterly Captivating
Commenté au Royaume-Uni le 15 janvier 2020
Achat vérifié
Natasha Madison has written some truly fantastic and enthralling stories. Particularly where the Stone siblings are concerned. But This Is Forever really is in a category of its own.

As from the very first moment Justin laid eyes on Caroline and her son Dylan I was captivated and I adored the immediate connection Justin forged with them. Not to mention I found Caroline's struggle as a single parent, barely making ends meet with an absent ex whose also an addict very poignant and genuine, and at times my heart broke. Especially in those moments when she was shown any genuine kindness or had to sacrifice feeding herself to ensure Dylan had enough to eat.

And I utterly loved Justin's wooing of Caroline. Not to mention how he obtained advice from his brother Matthew and his sisters, even though they gave him grief. And the sweetness, affection and humour throughout this story was perfect. As were all the appearances from his family members. Plus, the two epilogues rounded off the story and series brilliantly, particularly the last paragraph or so, and quite honestly, I had tears in my eyes when I read that final line.

Heroesinbooks
3,0 sur 5 étoiles 3 Justin and Caroline Stars
Commenté au Royaume-Uni le 18 janvier 2020
Achat vérifié
Single mum meets Hockey HOT shot & it's game on.
Justin Stone is a hockey legend already at the age of 24. His dad is Cooper Stone & Justin has played hockey since he could walk. Rich & successful, he has an organisation that holds a Summer Camp for underprivileged children. Caroline is a 26yo mum to Dylan who attends the camp. Caroline is struggling to survive, working multiple jobs and fending off her toxic ex husband. Her whole world centres around Dylan.
When Caroline and Justin meet there is a connection . This book has a strong 'Cinderella' vibe to it. Justin does swoop into save her. It's a sweet, safe read with no great angst. It's fairly slow burn too with these two not getting intimate until over 70% into the book.
HEA? Yes
Cheating? No
En lire plus
Une personne a trouvé cela utile
Signaler un abus
Traduire les commentaires en Français

cazawills
5,0 sur 5 étoiles amazing
Commenté au Royaume-Uni le 16 janvier 2020
Achat vérifié
Omg this is my absolute fave out of the series
I loved Caroline and Justin and the chemistry right from the beginning was hot.
I was rooting for Caroline the whole book and could seriously relate to how she felt you could absolutely put yourself in her shoes. And how she would do anything for the one person in her life she loved more than anything her son.
I absolutely love how Natasha can make you feel as though you are inside the story she pulls you through and twists your heart that just shows you what an amazing author she is absolutely brilliant another 5*
En lire plus
Signaler un abus
Traduire les commentaires en Français

This book was everything, I literally have no words to explain it but everything!!!

Justin and Caroline’s story is full of ups and downs but mostly full of love, they have a hell of a fight on their hands and some not so great people from the past but if they can conquer it all they will have the best happily ever after.
En lire plus
Signaler un abus
Traduire les commentaires en Français
Afficher tous les commentaires
Retour en haut
Pour mieux nous connaître
Gagnez de l'argent
Moyens de paiement Amazon
Besoin d'aide ?
© 1996-2021, Amazon.com, Inc. ou ses filiales.