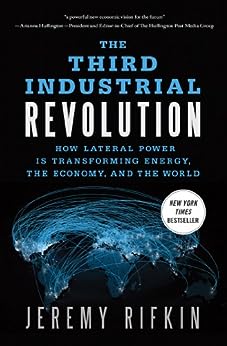 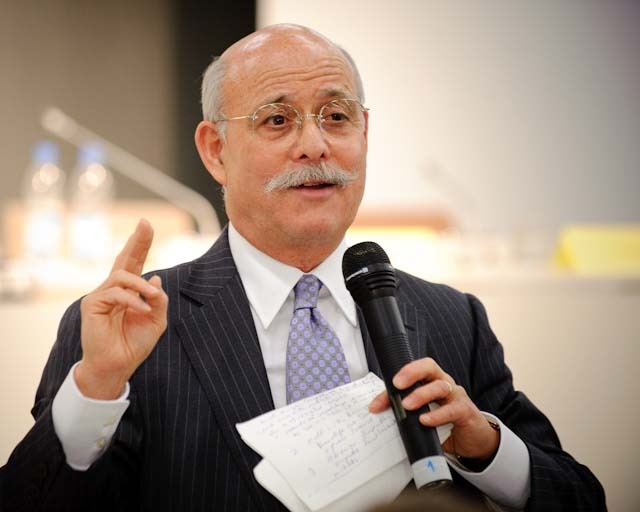 The Third Industrial Revolution: How Lateral Power Is Transforming Energy, the Economy, and the World (English Edition) Format Kindle

The Industrial Revolution, powered by oil and other fossil fuels, is spiraling into a dangerous endgame. The price of gas and food are climbing, unemployment remains high, the housing market has tanked, consumer and government debt is soaring, and the recovery is slowing. Facing the prospect of a second collapse of the global economy, humanity is desperate for a sustainable economic game plan to take us into the future.

Here, Jeremy Rifkin explores how Internet technology and renewable energy are merging to create a powerful "Third Industrial Revolution." He asks us to imagine hundreds of millions of people producing their own green energy in their homes, offices, and factories, and sharing it with each other in an "energy internet," just like we now create and share information online.

Rifkin describes how the five-pillars of the Third Industrial Revolution will create thousands of businesses, millions of jobs, and usher in a fundamental reordering of human relationships, from hierarchical to lateral power, that will impact the way we conduct commerce, govern society, educate our children, and engage in civic life.

Rifkin's vision is already gaining traction in the international community. The European Union Parliament has issued a formal declaration calling for its implementation, and other nations in Asia, Africa, and the Americas, are quickly preparing their own initiatives for transitioning into the new economic paradigm.
The Third Industrial Revolution is an insider's account of the next great economic era, including a look into the personalities and players — heads of state, global CEOs, social entrepreneurs, and NGOs — who are pioneering its implementation around the world.

"Jeremy Rifkin was always ahead of his time. The "New Industrial Revolution "confirms that the times have caught up with him. It is no longer possible to ignore his vision for the future of humankind."--Calestous Juma, Harvard Belfer Center for Science and International Affairs, John F. Kennedy School

"Jeremy Rifkin argues that green energy and the Internet will revolutionize society and the environment . . . With the European Union already on board, this is a big idea with backbone."--"Nature"

"Impeccably argued...a compelling and cogent argument to overhaul our society and economy in favor of a distributed and collaborative model."--"Publishers Weekly"

"Rifkin connects the two defining technologies of the 21st Century -- the Internet and renewable energies -- giving us a powerful new economic vision for the future. As we look to regrow the economy, generate millions of jobs, and create a sustainable future for our children, the Third Industrial Revolution offers an indispensable roadmap."--Arianna Huffington--President and Editor-in-Chief of The Huffington Post Media Group

"Mr. Rifkin clearly outlines the challenges facing our global community, and creates a vision for business leaders, government and citizens."--John Chambers--Chairman and CEO of Cisco

"The creative thinking of Jeremy Rifkin has been inspiring policy makers and citizens alike. This book shows the key role renewables and modern technologies can play in our transition to a low-carbon economy."--Jose Manuel Barroso--President of the European Commission

"This is a remarkable piece of work from one of the foremost thinkers of our time...Rifkin has come up with a visionary and innovative economic development model that ensures the sustainability of our natural resources and ecosystems."--Rajendra Pachauri --Chairman of the Un

JEREMY RIFKIN is president of the Foundation on Economic Trends and the author of 18 bestselling books, including The Hydrogen Economy. He has been a guest on Face the Nation, 20/20, Today, and Good Morning America. The National Journal named Rifkin as 1 of 150 people in the United States that have the most influence in shaping federal government policy. He has also testified before numerous congressional committees, and since 1994, Mr. Rifkin has been a senior lecturer at the Wharton School's Executive Education Program at the University of Pennsylvania, USA. Rifkin is chairman of the Global CEO Business Roundtable, which includes IBM, Cisco, and Cushman and Wakefield, and has served as an adviser to Nicolas Sarkozy and Angela Merkel, among other global leaders. His monthly column on global issues appears in many of the world's leading newspapers and magazines. --Ce texte fait référence à une édition épuisée ou non disponible de ce titre.

Albert Godts
5,0 sur 5 étoiles Can it be possible for real ?
Commenté en France 🇫🇷 le 21 février 2015
Achat vérifié
Rifkin has brought out of his magic hat, the perfect formula to combine personal improvement, economic growth and respect for climate and nature. But will the politicians follow ? Europe divided as it is, Russia living in the 18th century (politically at least), USA under control of the major economic players, Japan (too insulated to count on a climate protection), China (not yet having digested it first steps in the second industrial revolution), the rest of Asia ( ????), Africa (where even Ebola cannot be fought successfully), and Australia (where possibilities are better but what influence on the rest of the world?) . A fantastic book and I hope many people who can influence our world will read it and consider its possibilities.
En lire plus
Une personne a trouvé cela utile
Utile
Signaler un abus
Traduire les commentaires en Français

John A Marr
5,0 sur 5 étoiles There is a future
Commenté en France 🇫🇷 le 7 septembre 2020
Achat vérifié
Perhaps if we all consented to live at a local level then the planet could be saved. I doubt it myself but who knows?
En lire plus
Utile
Signaler un abus
Traduire les commentaires en Français

Raymond
5,0 sur 5 étoiles The book that most Energy Company CEO's do not want you to read!!
Commenté au Royaume-Uni 🇬🇧 le 3 avril 2016
Achat vérifié
After reading this book I want to be part of the Third Industrial Revolution (TIR), this book is amazing. The book shares with you the current states of our carbonized world and how it will change providing we move to renewable's. I have nearly a decades experience in the energy industry and this booked helped me to connect the dots strategically at what is happening in government and the energy industry. What I love about this books is it is not just based economics but discusses everything we need to do to move to the (TIR) from education to technology.

I'd recommend this book to anyone in the energy industry, this book was a huge influence in me leaving my energy company to join an technology company that provides energy enterprises software to utilities, because there will not always be a role for people in the energy industry as we know today but we will always needs a role to create and implement software solutions for the energy sector.
En lire plus
4 personnes ont trouvé cela utile
Signaler un abus
Traduire les commentaires en Français

Alexander Neretin
5,0 sur 5 étoiles Glimpse at the future!
Commenté au Royaume-Uni 🇬🇧 le 10 janvier 2021
Achat vérifié
Bought this book after stumbling at mr Rifkin lecture on YouTube. The book basically explains in detail what he said their! This is eye opening for anyone who wants to know how economy will evolve in the near future.
En lire plus
Signaler un abus
Traduire les commentaires en Français

Diane S
4,0 sur 5 étoiles A wake up call to the future
Commenté au Royaume-Uni 🇬🇧 le 1 août 2014
Achat vérifié
This is a wake up call. The traditional belief that we must prepare ourselves to be ‘employable’ is under threat. The counter argument encourages us to ‘gear up’ for earning our own money, rather than seeing income as someone else’s responsibility.

With the population dramatically ageing and low-level jobs increasingly swallowed up by machinery, entrepreneurship will be a necessity for many, rather than a life-style choice for some. Diane Shawe www.shortcourse.academy
En lire plus
3 personnes ont trouvé cela utile
Signaler un abus
Traduire les commentaires en Français

Factchecker
5,0 sur 5 étoiles A must read
Commenté au Royaume-Uni 🇬🇧 le 1 mai 2015
Achat vérifié
For all people interested in climate change this is one of the classic texts. An absolute must. Although Rifkin was convinced about the hydrogen route for energy storage and use the practical problems of high pressures and ultra low temperatures of storing hydrogen have meant that it has unfortunately not turned out to be not quite the super solution it originally appeared to be. But the rest of the book is as relevant and important as ever.
En lire plus
3 personnes ont trouvé cela utile
Signaler un abus
Traduire les commentaires en Français