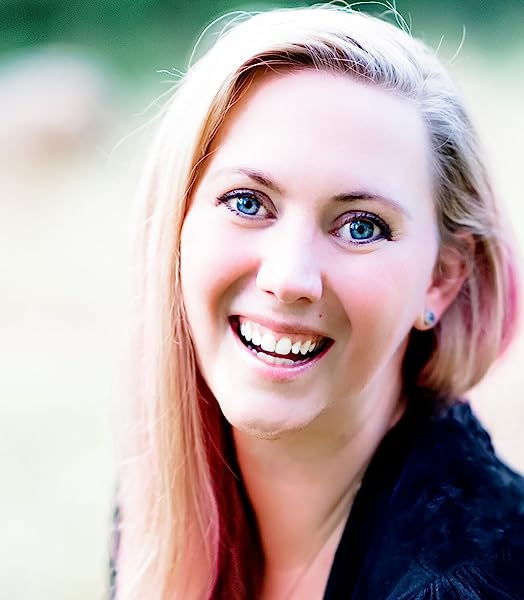 Told in alternating timelines, THE THINGS WE LEAVE UNFINISHED examines the risks we take for love, the scars too deep to heal, and the endings we can't bring ourselves to see coming.

Twenty-eight-year-old Georgia Stanton has to start over after she gave up almost everything in a brutal divorce--the New York house, the friends, and her pride. Now back home at her late great-grandmother's estate in Colorado, she finds herself face-to-face with Noah Harrison, the bestselling author of a million books where the cover is always people nearly kissing. He's just as arrogant in person as in interviews, and she'll be damned if the good-looking writer of love stories thinks he's the one to finish her grandmother's final novel...even if the publisher swears he's the perfect fit.

Noah is at the pinnacle of his career. With book and movie deals galore, there isn't much the "golden boy" of modern fiction hasn't accomplished. But he can't walk away from what might be the best book of the century--the one his idol, Scarlett Stanton, left unfinished. Coming up with a fitting ending for the legendary author is one thing, but dealing with her beautiful, stubborn, cynical great-granddaughter, Georgia, is quite another.

But as they read Scarlett's words in both the manuscript and her box of letters, they start to realize why Scarlett never finished the book--it's based on her real-life romance with a World War II pilot, and the ending isn't a happy one. Georgia knows all too well that love never works out, and while the chemistry and connection between her and Noah is undeniable, she's as determined as ever to learn from her great-grandmother's mistakes--even if it means destroying Noah's career.

Rebecca Yarros is the Wall Street Journal and USA Today bestselling author of over ten novels, including The Last Letter and Great and Precious Things. She is the recipient of the Colorado Romance Writer's Award of Excellence for Eyes Turned Skyward from her Flight and Glory series and can survive on coffee and peppermint bark when necessary.

Rebecca loves military heroes and has been blissfully married to her now-retired apache pilot for nineteen years. She's the mother of six children, ranging from first grade to law school, and is somehow surviving the teenage years with three of her four hockey-playing sons. When she's not writing, you can find her catching her sons' games at the hockey rink or sneaking in some guitar time. She lives in Colorado with her family, their stubborn English bulldogs, and a Maine coon kitten who rules them all. Having fostered, then adopted their youngest daughter, Rebecca is passionate about helping children in the foster system through her nonprofit, One October.

Holly R
5,0 sur 5 étoiles 5 stars will never be enough - this is transcendent
Commenté au Royaume-Uni 🇬🇧 le 28 février 2021
Achat vérifié
I’m not sure I can accurately put into words just how I feel about this book. There are book out there that swallow you up mind and soul, you don’t observe the journey the characters take but you experience it as they do, and without apology these books grab every aspect of your being, pulling you into the pages so you are not aware of the passage of time and whilst the emotions they pull from you may make you want to look away you are unable to do so. This is one of those books and I am a changed person because of reading it.

Told in alternating timelines Rebecca manages to seamlessly deliver to us the story of two once in a generation loves. The flow between past and present, between Scarlett and Jameson and Georgia and Noah falling in love was effortless. The insane chemistry that sparked between the characters, the heartfelt moments, the love that just bled from the pages, the loss, the twists that left me stunned. It all creates a beautifully written masterpiece that is a true transcendent reader experience.

I went into the book expecting to shed some tears but I was not prepared for how emotionally destroyed this book left me and I was in absolute pieces. My heart felt ready to leave my chest and the tears would not stop. Rebecca has written a flawless book that encompasses what a classic or romance novel should be. I’ve never read anything like this and I don’t think I ever will again. This is a love story for the ages.
En lire plus
2 personnes ont trouvé cela utile
Signaler un abus
Traduire les commentaires en Français

Shaztwirl
5,0 sur 5 étoiles Literary Genius - ALL The Stars
Commenté au Royaume-Uni 🇬🇧 le 7 mars 2021
Achat vérifié
I will never find the words to write a review worthy of this story. It was absolutely stunning. The blending of two stories set in different timelines was so well done. As someone who usually actively avoids historical fiction..colour me converted.The wartime story was definitely my favourite. The emotions literally bled from the page.

I never thought I'd be broken by a scene of someone removing a uniform. And that was just the first of several heart shredding moments. Throw in a massive WTF and the manufactured HEA, along with the modern day romance? Pure genius. This book should be sitting for weeks at the too if every bestseller list, without doubt.
En lire plus
Signaler un abus
Traduire les commentaires en Français

Gary
5,0 sur 5 étoiles 100 Starts
Commenté au Royaume-Uni 🇬🇧 le 30 septembre 2022
Achat vérifié
What a book, on wanting to gate keep this, to tell everyone I know to read it so I can just speak about it 24/7 .. Rebecca is an amazing talented author. How this is written is something I haven’t read before. I was hooked after the first chapter. This book had me day dreaming, crying, sobbing .. all the emotions. A beautiful romance. MUST READ ! Forever loving Scarlett & Jameson 💗
Loved this book that much I’ve ordered another 3 of Rebecca’s books. But this will always be my favourite 🤍
En lire plus
Une personne a trouvé cela utile
Signaler un abus
Traduire les commentaires en Français

laura jane
5,0 sur 5 étoiles My new favourite
Commenté au Royaume-Uni 🇬🇧 le 28 avril 2022
Achat vérifié
Wow! What a story. I read this book late last year and forgot to review. It’s a book that I still think about often. I loved the way the book panned the generations and told the stories that definitely needed to be told. It’ll be getting a re-read this year for sure. A book that will stay with me for a very long time
En lire plus
Signaler un abus
Traduire les commentaires en Français