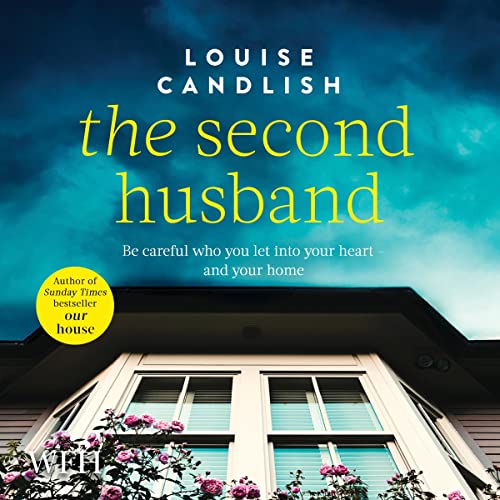 Louise Candlish (Auteur), Denica Fairman (Narrateur), W. F. Howes Ltd (Editeur) & 0 plus
3,7 sur 5 étoiles 415 évaluations
Afficher tous les formats et éditions
Sorry, there was a problem loading this page. Try again.
When her ten-year marriage to Alistair ends with his infidelity, Kate Easton vows she will not make the same mistake twice. She will never put herself - or her two children - through a relationship again.

Then Alistair announces that his new wife is pregnant and he intends to cut his financial support to Kate. To keep her home she must divide it up and make way for a lodger. Enter Davis Calder, a glamorous and charismatic tutor with a failed marriage of his own behind him.

He soon becomes a close friend to Kate, someone she can turn to in her difficulties with her unpredictable teenage daughter Roxy. Before she can stop herself Kate has fallen in love, broken her vow and accepted Davis's proposal of marriage. At last, it seems, she has the happy ending she deserves.

Until, just days after returning from her honeymoon, she makes a discovery about her new husband that changes everything.

Calypso
1,0 sur 5 étoiles Very disappointing
Commenté en France le 13 septembre 2020
Achat vérifié
I am a big fan of Louise Candlish, and I've already read several of her book. I found "The Second Husband" to be sluggish, uninteresting and even poorly written in places. I had to force myself to finish it. Sometimes you win, sometimes you lose. And this book is not a winner in my opinion.
En lire plus
Utile
Signaler un abus
Traduire les commentaires en Français
Afficher tous les commentaires

FunkyFrankie
1,0 sur 5 étoiles Utterly ridiculous. Tripe.
Commenté au Royaume-Uni le 5 août 2021
Achat vérifié
What on earth has happened to Louise Candlish? Our House was brilliant. The Other Passenger was as well. And The Disappearance of Emily Marr was great. But everything else seems to be churned-out gibberish about mind-numbingly stupid women. The protagonist of The Second Husband is a deluded doormat. No-one, NO-ONE would allow their teenage daughter to speak to them the way she does in this book. Same with her ex husband. It’s just not believable. And the daft woman can’t see what is happening right in front of her eyes, while it’s SO obvious to the reader. It’s unrealistic claptrap, entirely predictable and extremely boring. Don’t waste your money.
En lire plus
4 personnes ont trouvé cela utile
Signaler un abus
Traduire les commentaires en Français

Amazon customer
1,0 sur 5 étoiles Not a patch on her other books
Commenté au Royaume-Uni le 21 mars 2019
Achat vérifié
Total disappointment, loved the swimming pool and our house but this had nothing no plot no twists nothing !
Man runs away with step daughter step daughter comes back literally nothing else
Cannot recommend at all
En lire plus
9 personnes ont trouvé cela utile
Signaler un abus
Traduire les commentaires en Français

mojo
1,0 sur 5 étoiles How to make 283 pages feel like 10000
Commenté au Royaume-Uni le 31 janvier 2022
Achat vérifié
That was a long and boring read. There’s nothing wrong with Louise’s writing, its the characters and storyline that was so hard going. The main character was a drip, a total drip. Everyone else was nasty. I skim read the last 40% just to see what happened at the end. Nothing happened at the end. They need to bin this book, it can only damage her reputation.
En lire plus
Une personne a trouvé cela utile
Signaler un abus
Traduire les commentaires en Français

annanic
3,0 sur 5 étoiles Predictable
Commenté au Royaume-Uni le 31 décembre 2019
Achat vérifié
Like many other reviewers, I chose this as I had enjoyed the author's other novels about unsettling domestic dramas. Sadly the plot of this one is predictable and none of the characters particularly sympathetic. I will read more of her later novels, but if you're considering this, give it a miss unless on Prime .
En lire plus
4 personnes ont trouvé cela utile
Signaler un abus
Traduire les commentaires en Français