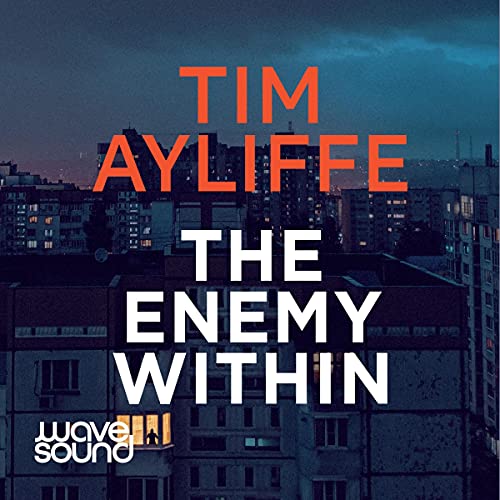 Investigative journalist John Bailey will risk everything to get to the truth, so being kicked when he’s down comes with the territory.

Having lost the one woman who was always there to pick him up, the former war correspondent is doing his best to turn his life around without her. He has a new job. He’s given up the drink. He even has a dog.

But then Federal Police raid his home with a warrant granting them unprecedented powers to take anything they want - including all his electronic devices and passwords. When Bailey protests, they threaten to put him in a prison cell if he doesn’t comply.

Someone wants to stop Bailey doing what he does best - exposing the truth. He has been investigating the rise of a global white supremacist group and suspects that a notorious neo-Nazi in the United States has been directing deadly racist attacks on Sydney’s streets.

When a body of one of his key sources washes up on a nearby beach, it’s clear Bailey and anyone helping him have become targets. Bailey reaches out for help from a reliable and ruthless old friend - CIA veteran Ronnie Johnson - and the pair discover a deadly enemy emerging from the shadows.

An enemy who thought they were untouchable. Until now....

Kotuku
5,0 sur 5 étoiles A Great Third Book
Commenté en Australie 🇦🇺 le 1 juin 2022
Achat vérifié
The stories get better and better. This one is very relevant to today’s troubled times. The story accelerates nicely and a clean conclusion. Well worth the read. It stands alone as a story but always better to read a series in order
En lire plus
Signaler un abus
Traduire les commentaires en Français

Doug
3,0 sur 5 étoiles An OK read..
Commenté en Australie 🇦🇺 le 31 août 2021
Achat vérifié
Have previously read State of Fear and The Greater Good. This one was OK but the first two created a bit more tension and hence enjoyment. Having said that, the story and issues covered are important. Extremism and racism should not be tolerated by any society.
En lire plus
Une personne a trouvé cela utile
Signaler un abus
Traduire les commentaires en Français

Kindle Customer
5,0 sur 5 étoiles Really caught my attention...
Commenté en Australie 🇦🇺 le 8 janvier 2022
Achat vérifié
I first noticed this title about a week ago and decided to start with book 1.
It is now a week later and with three books down, i can't wait for the next installment. I hope it is soon.
Great characters in a setting (being a former Sydney boy) that brings back rich memories.
En lire plus
Signaler un abus
Traduire les commentaires en Français

David Stephen
5,0 sur 5 étoiles An edge of your seat page turner set in a city we love against a backdrop far too close to reality…
Commenté en Australie 🇦🇺 le 20 août 2021
Achat vérifié
Like the previous 2 novels in this series, the enemy within is impossible to put down once started. A gripping thriller with a story line that is at times frighteningly reflective of current affairs and a central character that reminds you of what true journalism should like!
En lire plus
Signaler un abus
Traduire les commentaires en Français