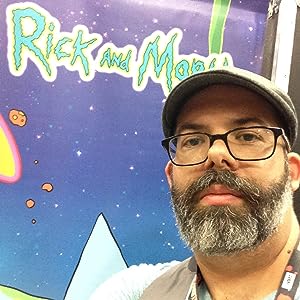 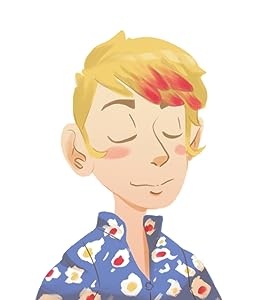 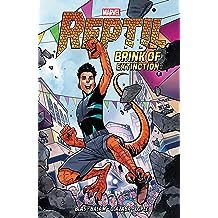 Reptil - the dinosaur-powered graduate of Avengers Academy - is on the brink of extinction! In the wake of his grandfather's worsening health, Humberto Lopez has taken a step back from crimefighting to focus on his family. Perhaps it's a sign that he should give up on becoming a hero and finally come to terms with his parents' mysterious disappearance…or perhaps not! When a mysterious figure ambushes Humberto, what unravels will shake the core of everything that Reptil thought he knew about his past. And it will either change the course of his future - or end it forever! Plus: Relive Humberto's sensational debut! When Stegron the Dinosaur Man launches a campaign of destruction across America, the Avengers Initiative needs a new recruit - and Reptil is just the hero for the job!
En lire plus
Autres formats: Broché
TVA incluse 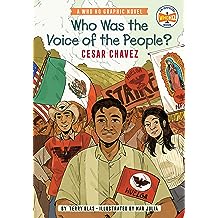 Who Was the Voice of the People?: Cesar Chavez: A Who HQ Graphic Novel (Who HQ Graphic Novels) (English Edition) 11 janv. 2022
par Terry Blas, Who HQ, Mar Julia
4,72 € 7,43 €
Discover the story behind Cesar Chavez and the Delano Grape Strike in this moving graphic novel -- written by award-winning author Terry Blas and illustrated by Ignatz-nominated cartoonist Mar Julia.

Presenting Who HQ Graphic Novels: an exciting new addition to the #1 New York Times Best-Selling Who Was? series!

Follow Cesar Chavez and the National Farmworkers Association as they set out on a difficult 300-mile protest march in support of farm workers' rights. A story of hope, solidarity, and perseverance, this graphic novel invites readers to immerse themselves in the life of the famous Latino American Civil Rights leader -- brought to life by gripping narrative and vivid full-color illustrations that jump off the page.
En lire plus
Autres formats: Relié , Broché
TVA incluse 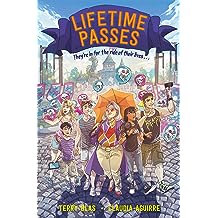 Lifetime Passes (English Edition) 23 nov. 2021
par Terry Blas, Claudia Aguirre
( 1 )
9,95 € 15,80 €
In this darkly comedic YA graphic novel, a group of teens starts a program to bring senior citizens to a local theme park to take advantage of the unofficial park policy: If someone dies on the property, the rest of their party is given lifetime passes!

Sixteen-year-old Jackie Chavez loves her local amusement park, Kingdom Adventure, maybe more than anything else in the world. The park is all she and her friends Nikki, Daniel, and Berke—although they aren’t always the greatest friends—talk about. Kingdom Adventure is where all Jackie’s best memories are, and it’s where she feels safe and happy. This carries even more weight now that Jackie’s parents have been deported and forced to go back to Mexico, leaving Jackie in the United States with her Tía Gina, who she works with at the Valley Care Living seniors’ home. When Gina tells Jackie that they can’t afford a season pass for next summer, Jackie is crushed. But on her next trip to Kingdom Adventure, she discovers a strictly protectedsecret: If a member of their party dies at the park, the rest of their group gets free lifetime passes.


Jackie and her friends hatch a plot to bring seniors from Valley Care Living to the park using a fake volunteer program, with the hopes that one of the residents will croak during their visit. The ruse quickly gets its first volunteer—a feisty resident named Phyllis.

What starts off as a macabre plan turns into a revelation for Jackie as Phyllis and the other seniors reveal their own complex histories and connections to Kingdom Adventure, as well as some tough-to-swallow truths about Jackie, her friends, and their future.

With artist Claudia Aguirre, Terry Blas has crafted a graphic novel that is dark and deeply moving. This book is Cocoon meets Heathers—a twisted satire about a magical land and the people who love it, even to the point of obsession. Jackie’s summer is about to turn into a wild ride filled with gallows humor, friendship, and fun—or is it?
En lire plus
Autres formats: Relié , Broché
TVA incluse 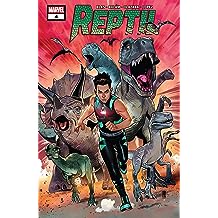 Reptil (2021) #4 (of 4) (English Edition) 22 sept. 2021
par Terry Blas, Paco Medina, Enid Balám
2,29 €
REPTIL’S LAST STAND! Three cousins in a race against time as Megalith closes in and springs the final stage of his plans…Two mysterious amulets that hold a world-shattering secret between them….One hero standing between complete catastrophe and peace – and only one chance to get it right. Don’t miss out on this momentous finale!
En lire plus
TVA incluse 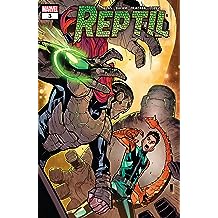 Reptil (2021) #3 (of 4) (English Edition) 21 juil. 2021
par Terry Blas, Paco Medina, Enid Balám
2,29 €
REPTIL’S WORLD TURNED UPSIDE DOWN! Tired of being hunted, Reptil goes on the offensive against Megalith! But when his infiltration mission goes south, Reptil soon finds himself fighting for his life… Plus: The secret of what really happened to Humberto’s parents is finally revealed! Can Humberto handle the truth, or is this the thing to finally break him?
En lire plus
TVA incluse 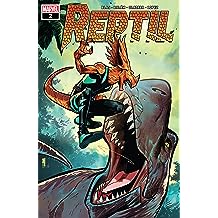 Reptil (2021) #2 (of 4) (English Edition) 23 juin 2021
par Terry Blas, Paco Medina, Enid Balám
2,29 €
AN EXPEDITION TOWARD THE TRUTH, OR AN EXTINCTION EVENT? Reptil’s clash with the mysterious Megalith has left Reptil’s head ringing and mind reeling as he struggles under the weight of a startling revelation about his family! Now, as the threat of Megalith looms in the background, Reptil must race to uncover the secrets of his amulet – but without full control of his powers, will Reptil be able to protect his cousins as the trio make the dangerous trek into Dinosaur World? Can he even protect himself?
En lire plus
TVA incluse 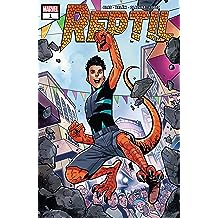 Reptil (2021) #1 (of 4) (English Edition) 26 mai 2021
par Terry Blas, Paco Medina, Enid Balám
( 3 )
2,29 €
REPTIL ON THE BRINK OF EXTINCTION! In the wake of Kamala’s Law and his Grandfather’s worsening health, Humberto Lopez, A.K.A. Reptil, has taken a step back from crime-fighting to refocus on his family. Perhaps its a sign that he should give up on becoming a hero and finally come to terms with his parents’ mysterious disappearance…or perhaps not! When a mysterious figure ambushes Humberto, what unravels will shake the core of everything Humberto thought he knew about his past and will either change the course of his future—or end it forever! Don’t miss out on this breakout series from rising stars Terry Blas (HOTEL DARE, DEAD WEIGHT: MURDER AT CAMP BLOOM) and Enid Balám (OMNI)!
En lire plus
TVA incluse