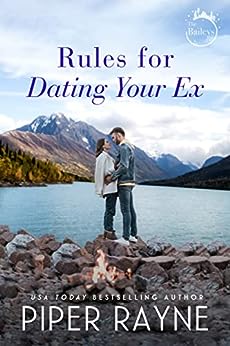 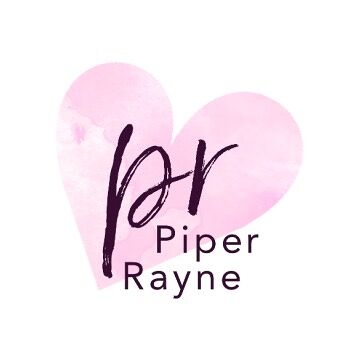 If your ex arrives in your hometown eighteen months after you walked out on him while you were eight months pregnant, follow this short list of rules before you give him a second chance.

Rule #1 – Don’t stand in the way of your brothers who want to rough him up.

Rule #2 – Don’t meet him for coffee and agree to allow him to meet your daughter.

Rule #3 – Don’t drool when your daughter falls asleep on his chest for the first time. It’s just your ovaries talking.

Rule #4 – Don’t let him hold your hand. While we’re at it, no hugs, no kisses on the cheek… just no physical contact in general. That only leads to remembering better times.

The last one is the most important…

Rule #5 – When you find yourself needing someone’s help and you’re tired of always asking your family, don’t let him be the one who’s there for you.

Because all those good qualities of his will suck you right back in and you’ll have no chance of fighting your feelings, especially now that he’s ready to be a father to your daughter.
En lire plus
Previous page
Next page

Sarah_Loves_Reading_Romance
5,0 sur 5 étoiles The perfect series ending
Commenté au Royaume-Uni 🇬🇧 le 6 septembre 2020
Achat vérifié
This story, seriously aaaaallllllllllll the feeeeeeeeelllllllsssss and yes those words had to be elongated like that to make my point.

Book 9 and the end of the Bailey clans books, which I have to say, breaks my heart. I have lived and loved every happily ever after in this series, though Holly and Austin’s story seems so long ago, it has actually only been 2 years since the beginning, and it has been extra special to see their family grow as the series went on.

Talking of Holly and Austin, in their story Sedona and Jamison were in high school and had just started dating. Years later Jamison has had a failed professional football career, and an addiction problem after his dream was ripped away. Sedona, heavily pregnant with his daughter, returns to her family alone. 18 months later, Jamison has gotten clean and has returned to claim his family, the true loves of his life.

I adored and appreciated the jumps back to the past to get insight into Jamison and Sedona’s relationship, how it all began, and where it all went wrong, all the parts we had missed throughout the series.

I completely fell head over heels for Jamison from the very first page, he was struggling, anyone could see, but he was facing his demons and admitting his mistakes whilst trying to do all he could to prove he has changed.

Sedona is one of the strongest Bailey’s, though she is one of the quietest and most reserved, she left when it would have been so easy to stay, she is determined to do the best she can for her daughter, whether as a single mother or letting her daughters father back into their lives to have a relationship with her, and isn’t afraid to admit she couldn’t cope and needed her family’s support when her daughter was first born.

Sedona still loves Jamison, but she doesn’t trust him, she wants to be his number one priority, but doesn’t believe she can be. Jamison made a mistake letting them go once, he knows how it feels to lose them, and it’s much more painful than losing his career. His battle with alcohol addiction is something he will have to live with for the rest of his life, but he is doing everything he can to prove to his family that it won’t beat him again.

With the revelation of who has been running the infamous Buzz Wheel, as well as the happily ever after for the whole Bailey clan, this story is the perfect ending to the series. As always, there is the ever present meddling from Grandma Dori, which is hilarious, especially when the whole family ambushes Sedona at the beauty salon. With laughs a plenty, along with a bucket load of heart and soul, this is undoubtedly my favourite book of the series, and I cannot wait to see what’s next.
En lire plus
Signaler un abus
Traduire les commentaires en Français

SallyMac007
5,0 sur 5 étoiles The final full length Bailey novel...
Commenté au Royaume-Uni 🇬🇧 le 31 décembre 2020
Achat vérifié
I can't believe this is basically the end of the Baileys... well apart from the birthday novella (and if they pop up in any of the Greene books, one can hope).

This is the story of Sedona and Jamison which we've had bits and pieces of throughout the other books. I've gone back and forth on Jamison as it's been a long journey for these two with quite a few ups and downs. As ever, the story is engaging and the characters are so well written you can't help but fall in love with them. I love the Baileys so much, leaving them will be a wrench.

If you haven't read about this family yet, you really should start at the beginning to get the most out of the series. Once you do, you'll want to devour the rest of the series and can finish up here. Another wonderful read from the very talented writing duo.
En lire plus
Signaler un abus
Traduire les commentaires en Français

Ebony
5,0 sur 5 étoiles Recently found and love them all
Commenté au Royaume-Uni 🇬🇧 le 22 août 2021
Achat vérifié
I literally can not put these books down. I have only just found this author and read The Baileys literally non stop.
Had to change platforms to read this one (no 9). Now onto the next one. Great read.
En lire plus
Signaler un abus
Traduire les commentaires en Français