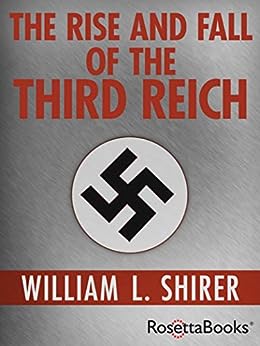 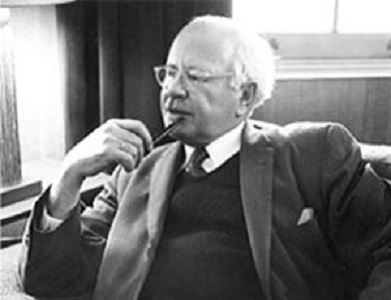 "The standard work by which all others on the subject are still measured . . . Erudite, comprehensive and detailed, always lively and readable, it is the model of what a popular narrative history should be." (Guardian)

"One of the most important works of history of our time." (New York Times)

"In this political season, William L. Shirer’s mammoth history of Hitler’s Germany seems a useful guide to how a skilled demagogue can seize and destroy a great nation." (Chicago Tribune)

"A splendid work of scholarship, objective in method, sound in judgment, inescapable in its conclusions." (New York Times Book Review)

It was Hitler's boast that the Third Reich would las a thousand years. Instead it lasted only of twelve. But into its short life was packed the most cataclysmic series of events that Western civilisation has ever known.

William Shirer is on of the very few historians to have gained ful access to the sercret German acrhives which the Allies captured intact. He was also present at the Nuremberg trials.

'I can think of no book which I would rather put in the hands of anyone who wanted to find out what happened in Germany between 1930 and 1945, and why the history of those years should never be forgotten.' Alan Bullock

'Monumental - perfectly balanced, yet all the time marked with the personality and understanding of the author. It is a great book; a great record.' Bernard Levin

'The standard, indeed the classic, history of Nazism. We should be thankful to the historian whose solid work will permanently preserve the truth.' Hugh Trevor-Roper --Ce texte fait référence à l'édition kindle_edition.

More than three hundred photographs accompany this abridged edition of the best-selling history of Hitler's Germany, detailing the rise of the Nazis, the events of World War II, the Holocaust, the Nuremberg Trials, and postwar Germany. --Ce texte fait référence à l'édition kindle_edition.

William L. Shirer's THE RISE AND FALL OF THE THIRD REICH is a monumental study of the 20th Century's most frightening moments. Now, 53 years after the end of World War II, it may seem incredible that our most valued institutions, and way of life, were threatened by the menace that Hitler and the Third Reich represented. Shirer's description of events and the cast of characters who played such pivotal roles in defining the course Europe was to take is unforgettable.

Benefiting from his many years as a reporter, and thus a personal observer of the rise of Nazi Germany, and availing himself of some of the 485 tons of documents from the German Foreign Office, captured by the First Army, as well as countless other diaries, phone transcriptions, and other written records, meticulously kept at every level by the Germans, Shirer has put together a brutally objective account of how Hitler wrested political control of Germany, and planned and executed his 6 year quest to dominate the world, only at the end, to see Germany go down in flames.

The combination of personal recollection and amassing of historical evidence distinguishes this book as one of the great historical works of any time. For instance, he recounts that, from his apartment in Plosslgasse, in Vienna, he personally witnessed how perhaps half of Vienna's 180,000 Jews bargained their way to freedom in 1938.

Shirer explains that Hitler believed that France and England were too weak to pose much of a threat to his ambitions to subjugate Czechoslovakia, and later Poland. The momentary relief of Russia as a threat to his domination of Europe as a result of the flurry of diplomatic activity that proceeded his invasion of Poland is fascinating. There is no relief, throughout his narrative, of the brutality of Hitler and such a large contingent of Germans who populate this narrative.

Although 1600 pages long, this is such a richly rewarding experience for anyone who wants to come to grips with the mysterious question as to how this menace to civilization ever came into being, much less was sustained for as long as it was. The answer, unfortunately, is that most of Germany, for a whole host of reasons, embraced Nazism and the fanaticism that Hitler engendered.

For another book that deals with this problem, why so much of Germany lent its support to Hitler, I heartily recommend HITLER'S WILLING EXECUTIONER'S, by Daniel Goldhagen, published by Vintage Books. Although filled with perhaps more statistical details then the non-professional historian would need, this book helps to adumbrate the themes in Shirer's great book.

Ron Rosenbaum is the bestselling author of Explaining Hitler and The Shakespeare Wars and has written or edited six other books. His work has appeared in The New York Times, Harper’s, The Atlantic, and The New Yorker. He writes a column for Slate and lives in New York City. --Ce texte fait référence à l'édition kindle_edition.

William L. Shirer has had a distinguished career as foreign correspondent, news commentator, and historian of the contemporary world. He reported from Berlin for the Universal News Service and for CBS on the rise of the Nazis and he covered their all as a war correspondent. Out of these reports grew his best-sellers Berlin Diary and The Rise and Fall of the Third Reich, which has sold more copies for the Book-of-the-Month Club than any other book in the club's history.

Shirer is the author of many other best-selling books, including The Collapse of the Third Republic and an autobiography, Twentieth Century Journey: A Memoir of a Life and the Times, composed of three volumes -- The Start: 1904-1930, The Nightmare Years: 1930-1940, and A Native's Return: 1945-1988. He is at work on a new book about the last two weeks of Tolstoy's life. --Ce texte fait référence à l'édition kindle_edition.

Since its publication in 1960, William L. Shirer's monumental study of Hitler's German Empire has been widely acclaimed as the definitive record of this century's blackest hours. The Rise and Fall of the Third Reich offers an unparalleled and thrillingly told examination of how Adolf Hitler nearly succeeded in conquering the world. With millions of copies in print around the globe, it has attained the status of a vital and enduring classic. --Ce texte fait référence à l'édition kindle_edition.

John Gunther One of the most spectacular stories ever told. --Ce texte fait référence à l'édition kindle_edition.
En lire plus

The book also details the shortcomings of the so called Allied politicians & military leaders, who must take an large amount of the blame for the
success of the Nazis in rising to such giddy heights of power.

A must read for anyone interested in those dreadful years.

The author has a perfect grasp of the events, both as an eyewitness & having taken details from captured documents & writes in an easily read manner.

Alionsar
5,0 sur 5 étoiles Very long, but a must-read
Commenté au Royaume-Uni le 18 novembre 2018
Achat vérifié
Beware, this is a very long tome but essential reading for anyone interested in the Nineteen-thirties in general and the rise of Hitler in particular. Very detailed (the author was an American journalist present at most of the events described, who knew many of the personalities involved.) Beware, I got very angry at some of the background to the appeasement years - it's not a comfortable read.
En lire plus
12 personnes ont trouvé cela utile
Signaler un abus
Traduire les commentaires en Français

M. L. Mcintyre
5,0 sur 5 étoiles A great read from a top supplier!
Commenté au Royaume-Uni le 2 décembre 2018
Achat vérifié
I bought this book for a Christmas gift, having read it in my mid-20s. I had hoped for a hardback copy but the quality was poor. I found this paperback edition which arrived in 36 hours in almost pristine condition. I am delighted with the quality of the book and the speed of delivery. Would thoroughly recommend without hesitation
En lire plus
5 personnes ont trouvé cela utile
Signaler un abus
Traduire les commentaires en Français

D.W. Glenn.
4,0 sur 5 étoiles Slightly dated but remains essential reading.
Commenté au Royaume-Uni le 9 septembre 2020
Achat vérifié
First read this 30 years ago and have just re read it. It remains essential reading for anyone who has a real interest in the subject matter. Although a long read its written in an easily accessible journalistic style made more poignant by the fact that he was a personal observer of the machinations of the Nazi regime.
It has dated in places inevitably as material is now available that wasnt available to him. In particular Shirer significantly underestimates Albert Speers role in perpetuating the war by over a year which was second only to Hitlers. I would recommend Gitta Serenys masterpiece 'Albert Speer his battle with truth' as an excellent companion book for this one.
One book covers the corruption of a nations soul. The other the corruption of a mans soul.
Each are intrinsically linked.

Amazon Customer
5,0 sur 5 étoiles Fantastic account of the Rise and Fall of the Third Reich
Commenté au Royaume-Uni le 3 août 2020
Achat vérifié
This is one of the few books i didn't finish because they felt too good. I always delayed learning about WWII since it was too "mainstream" for me, and when i read this book i was completely captivated. The Author was in the thick of it in Berlin, so you can get first person information about the situation in Nazi Germany and the Rise of Adolf Hitler.

Since i know how it ends (lol), i didn't read the last few pages, which is something i've noticed myself doing with a lot of books i enjoyed. I don't know why, i stopped reading books when protagonists were on their deathbeds, and when nations were about to be destroyed, probably because i was too into the books.

So if you want a vivid book, this one is for you