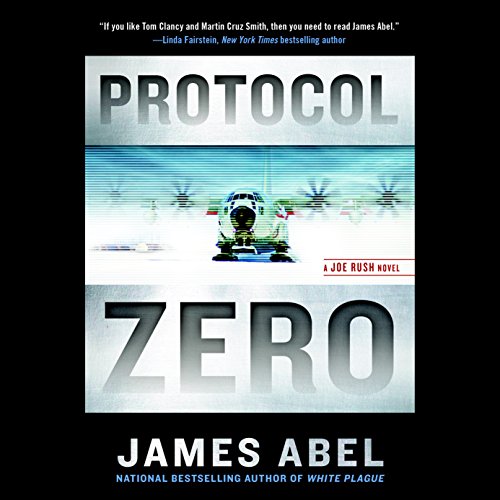 New from the author of White Plague.

When authorities in Alaska receive a disturbing call from a teenage girl, their investigation leads them to discover an entire family of researchers dead. Joe Rush is called to help examine the bodies. On the surface, it looks like a brutal murder/suicide. But the situation is nowhere near that simple - nor is it over.

Upon closer investigation, Rush discovers the terrifying truth. The research team has fallen victim to something that seems impossible at first, yet the evidence looks undeniable in the lab. Now the danger may threaten thousands more.

Unfortunately, he’s not the only one with knowledge of the looming disaster. The army has cordoned off part of Alaska, and Rush soon finds himself the target of trained killers. Someone suspects Rush of betraying his country. To save countless lives - starting with his own - Rush must uncover the answers hidden in the Arctic. The question is - will he find them in time?

Jeffrey T. Munson
4,0 sur 5 étoiles Joe Rush Returns In This Fast-Paced Thriller
Commenté aux États-Unis le 22 septembre 2015
Achat vérifié
Joe Rush returns in his latest Arctic adventure. In the small town of Barrow, Alaska, four people are found dead from mysterious causes. On the surface, it appears that the deaths are the result of a murder-suicide, but as time goes on, Joe realizes that there is something much more sinister at work.

It is discovered that the deaths were the result of an infection which, if not controlled, could soon threaten thousands of others. Soon, Barrow is under quarantine and Joe and his partners are searching for answers. But will the answers come too late? Joe is the target of increased scrutiny, and the Army has arrived. Joe, along with his fiance and best friend must get to the truth before it's too late not only for the citizens of Barrow, but for themselves as well.

I read the first book in this series, "White Plague", and I enjoyed it very much. "Protocol Zero" continues in the same setting as the first book. I especially like the character of Joe Rush. A Marine doctor who is forced to live with the consequences of his actions in the Middle East, he is a hard-driving, no-nonsense guy who strives to get to the bottom of each situation. His sidekick, Eddie, is always there to help him out. I'm looking forward to future books in this series. Highly recommended.
En lire plus
2 personnes ont trouvé cela utile
Signaler un abus
Traduire les commentaires en Français
Afficher tous les commentaires