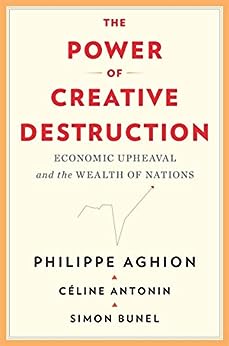 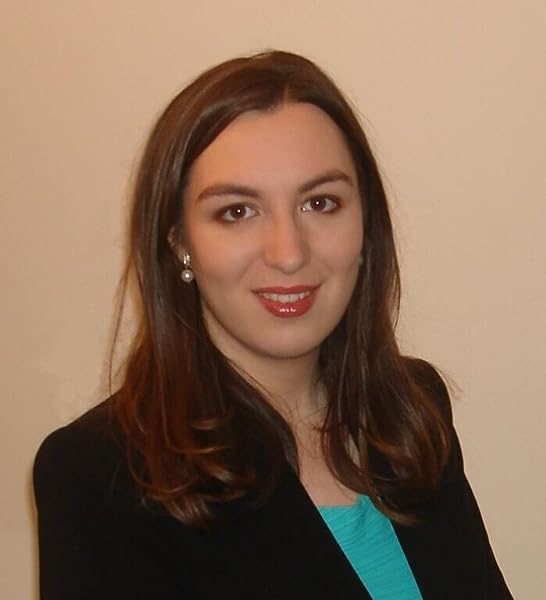 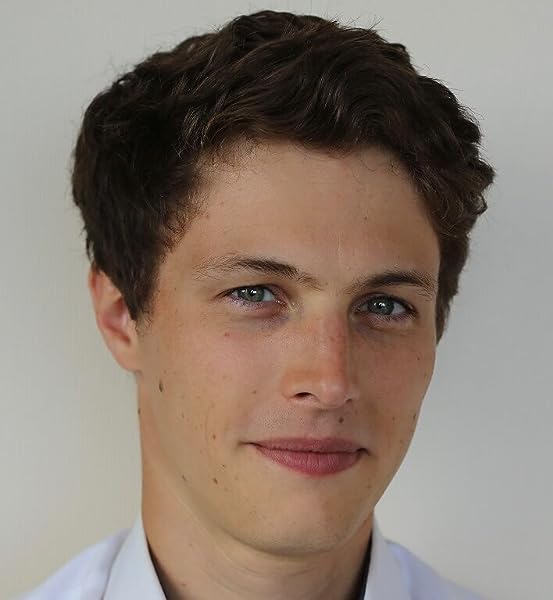 The Power of Creative Destruction: Economic Upheaval and the Wealth of Nations (English Edition) Format Kindle

Crisis seems to follow crisis. Inequality is rising, growth is stagnant, the environment is suffering, and the COVID-19 pandemic has exposed every crack in the system. We hear more and more calls for radical change, even the overthrow of capitalism. But the answer to our problems is not revolution. The answer is to create a better capitalism by understanding and harnessing the power of creative destruction—innovation that disrupts, but that over the past two hundred years has also lifted societies to previously unimagined prosperity.

To explain, Philippe Aghion, Céline Antonin, and Simon Bunel draw on cutting-edge theory and evidence to examine today’s most fundamental economic questions, including the roots of growth and inequality, competition and globalization, the determinants of health and happiness, technological revolutions, secular stagnation, middle-income traps, climate change, and how to recover from economic shocks. They show that we owe our modern standard of living to innovations enabled by free-market capitalism. But we also need state intervention with the appropriate checks and balances to simultaneously foster ongoing economic creativity, manage the social disruption that innovation leaves in its wake, and ensure that yesterday’s superstar innovators don’t pull the ladder up after them to thwart tomorrow’s. A powerful and ambitious reappraisal of the foundations of economic success and a blueprint for change, The Power of Creative Destruction shows that a fair and prosperous future is ultimately ours to make.
En lire plus
Previous page
Next page
En raison de la taille importante du fichier, ce livre peut prendre plus de temps à télécharger

Philippe Aghion is Professor at the Collège de France and the London School of Economics and was previously Professor of Economics at Harvard. He is coauthor, with Peter Howitt, of Endogenous Growth Theory and The Economics of Growth.

Céline Antonin is Senior Researcher at OFCE, the French Economic Observatory at Sciences Po in Paris, and Research Associate in the Innovation Lab at the Collège de France.

Simon Bunel is Senior Economist at INSEE, the French National Institute of Statistics and Economic Studies, and at the Bank of France. He is also Research Associate in the Innovation Lab at the Collège de France. --Ce texte fait référence à l'édition hardcover.

'The term 'creative destruction' expresses a contradiction at the core of capitalism; creation brings innovation, growth, and prosperity while the destruction that it demands engenders resistance and stagnation. Philippe Aghion, Céline Antonin, and Simon Bunel are the leaders in exploring and understanding this story of action and reaction. Their insights are essential if policy is to restore growth in today's faltering capitalism.' - Angus Deaton, Nobel Laureate in Economic Sciences
'Philippe Aghion has been the leader of modern growth theory for the last three decades. He has shown that innovation and disruption, Schumpeter's creative destruction, are at the heart of the productivity and power of a capitalist economy. In this book that story is clearly and compellingly told, but now he and his colleagues go still deeper into the kind of society we want to build, whilst keeping the power of creative destruction. We really can create a prosperous future which brings a supportive community and social cohesion, and a much better environment, climate, and biodiversity. This fine and crucially important book is ultimately optimistic about what we can do, but challenges us as to whether we will.' - Nicholas Stern, London School of Economics
'Anyone curious about where modern capitalism is going and whether economic growth can be sustained should read this book. In accessible prose, based on cutting-edge economic analysis, the authors dissect the dynamics of the modern economies. They show brilliantly how capitalism in the twenty-first century is indeed as creative as it is destructive, and how innovation will affect modern economies and hence the life of every human on the planet, for better and for worse. Deeply researched and intelligently written, this is a genuine tour de force.' --Joel Mokyr, Northwestern University

'Accelerating technological change, global warming, pandemics, individual and national stagnation, over-indebtedness: this century decidedly provokes anxiety. Armed with legitimate concerns, anti-globalization protestors and neo-Luddites look inwards and denigrate innovation. The Power of Creative Destruction offers another vision, more persuasive and based on the innovation that creates wealth and jobs. Philippe Aghion, Céline Antonin, and Simon Bunel dismantle contemporary myths about such economic phenomena as secular stagnation and the impact of automation on employment. They show the need for competition and the fight against rents. They advocate a regulated capitalism that will allow us to keep society prosperous and the planet green. They explain, in short, how to manage the creative destruction that over the past two centuries has brought to our society a previously unimaginable prosperity. Provocative and rigorous, this book is an important milestone in our reflections on the future of our societies. A must-read.' --Jean Tirole, Nobel Laureate, Toulouse School of Economics

'Philippe Aghion is one of the founders of the new growth theory focused on the origins and implications of technological progress. This book, based on thirty years of research, shows the richness and usefulness of this approach. It is a fundamental document for thinking about the nature of growth, industrial policy, and the organization of the labour market.' --Olivier Blanchard, Peterson Institute for International Economics and former Chief Economist, International Monetary Fund --Ce texte fait référence à l'édition hardcover.

Aymeric CONRY
5,0 sur 5 étoiles A book to read and understand the direction of our world..
Commenté en France le 13 juillet 2021
Achat vérifié
We are facing a pivotal moment and turning point: the Covid-19 pandemic has highlighted the need to re-consider our world, and prepare for the necessary shift our livelihood and society are requiring..
En lire plus
Utile
Signaler un abus
Traduire les commentaires en Français
Afficher tous les commentaires

SimonJ
3,0 sur 5 étoiles Propery scrutiny needs to be applied to this book...
Commenté au Royaume-Uni le 30 octobre 2021
Achat vérifié
This was an interesting book to read but I was somewhat disappointed having read rave reviews in the serious press. There are several issues. Firstly the central premise of the book is not original. Economists are agreed that there are two main sources of GDP growth (1) increasing inputs of land, labour and capital. Following the industrial revolution capital accumulation played a key role but so too did the expansion of the population and in particular the skill set/education of the labour force (2) total factor productivity (TFP) growth - this is usually calculated as the residual source of growth that cannot be attributed to (1), however it is rightly seen as the highest 'quality' source of growth as it is not necessarily subject to the same law of diminishing returns that impact (1) i.e. you cannot increase the proportion of the population going to university for ever. TFP is generally seen as encompassing both technological innovations and new ways of organising/doing things (i.e. Taylorism). Secondly, and this follows from the first point is that the authors use a lot of 'straw men' arguments to make themselves sound insightful. As well as my first point there are two glaring examples: the distinction and logic of basic research vs applied research - this is widely known - and also the clear and well understood point that inventing new machines does not cause unemployment as the Luddites claimed (yes there is a silly quotation from Bill Gates about taxing robots but 99.9% of economists are agreed that technology does not cause unemployment). Thirdly, I think the authors have latched on to Schumpeter's 'creative destruction' as a way to provide a catchy title and label throughout the book. In fact they are basically just using the term as a synonym for innovation. Strictly speaking this is not correct - Schumpeter was proposing a narrow way of talking about innovation and using the term would exclude the ongoing innovation that incrementalists would highlight. Fourthly, I think the authors are quite wrong to claim that the evidence that technological innovation is subject to declining returns is weak. On the contrary I think the evidence is quite clear - see the work of Robert Gordon or Jonathan Huebner. Consider the development of electricity and the internal combustion engine (both within a decade of each other in the nineteenth century) - in the last 50 years there have not been such revolutionary developments although to be sure there have been some advances. The authors mention pharmaceuticals as a possible example but then ignore it. The declining productivity of R&D in pharmaceuticals is quite clear. The vast majority of NCEs are me-too drugs whereas almost all the biggest innovations in the industry i.e. discovery of penicillin occurred when R&D budgets were a fraction of what they are today. To date the sequencing of the human genome has not had the transformative effect on R&D productivity that some claimed at the time. Fifthly I dislike the methodology of the book (a) it is teleological. For example they harp on about DARPA as a huge success. No doubt there is much to this - private industry would tend not to fund these types of research. However I would be willing to bet that if this book was written in the 1980s it would have gone all in on the success of MITI just as Chalmers Johnson did at the time. Quite funny that now the US is seen as having a decent industrial policy when all the policy wonks in the 1980s said it was Japan who had the right economic model (b) a lot of the references are to studies conducted by the authors themselves - so the argument is essentially circular. I got the clear impression that there was little attempt to seek to falsify the hypothesis which would be the hallmark of the scientific effort. Sixthly, the breadth of the book is both a blessing and a curse. It is admirable that the authors should try to extend their augments into as a many areas as possible. Unfortunately they have exposed their lack of expertise in many of these areas. For instance they discuss Keynes's General Theory but later say that the theory ran into problems in open economies such as Ireland. Anyone familiar with The General Theory would know that in it Keynes assumed a closed economy - it could never work (even on it's own terms) in an open economy for precisely that reason. Also the New Deal which was also mentioned is not properly discussed - under Roosevelt fiscal policy was actually tightened - see the seminal article by E. Carey Brown published in 1956 if you doubt this. Besides all these points I had a lot of other issues with the evidence presented in this book but that does not mean I do not think that innovation is not important. On the contrary as I stated at the beginning it is clearly a key part of TFP growth and we should be thinking how to stimulate this through institutional reforms and if carefully designed the tax system. However no where to the authors highlight the cost and in particular the opportunity cost of the various spending (and tax reduction) commitments they argue in favour of. This is another grave omission.
En lire plus
5 personnes ont trouvé cela utile
Signaler un abus
Traduire les commentaires en Français

Amazon Customer
5,0 sur 5 étoiles Are you concerned about captitalism?
Commenté en Espagne le 15 octobre 2021
Achat vérifié
A fresh innovative analysis on economic growth. It is provocative and rigorous, truly a reference in our reflections on the future of our societies, while questioning some current "politically correct" narratives, such as inequality. It is simply a must-read.
En lire plus
Signaler un abus
Traduire les commentaires en Français