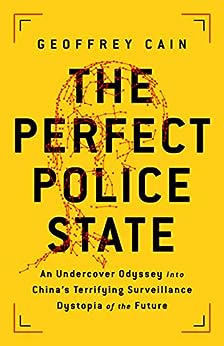 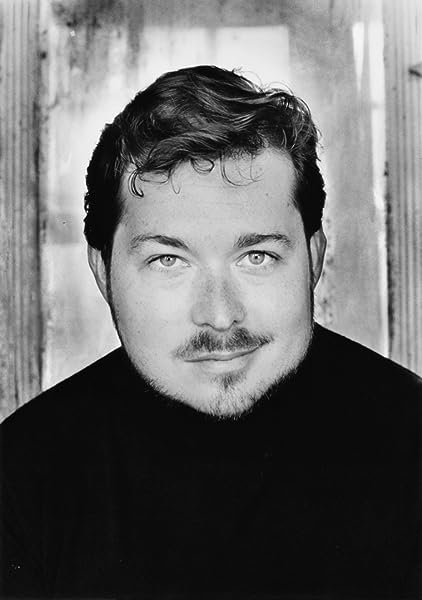 “The future has arrived and it is beyond anything George Orwell could have imagined. In this important new book, Cain details exactly how the Chinese Communist Party deployed 21st century technology—facial recognition, DNA tracking, artificial intelligence—to trap millions of its own citizens in a terrifying dystopia.”
―Barbara Demick, author of Nothing to Envy: Ordinary Lives in North Korea

The Perfect Police State should come with a warning:  the scope of the Chinese surveillance state is deeper, broader, more insidious and terrifying than you can imagine. Geoffrey Cain deftly details how China has used global businesses, unabashed censorship at home and alliances with authoritarian regimes to create an ever-expanding police state. Cain doesn’t lose sight of the people entrapped by the system… The Perfect Police State is a tour-de-force.―Elizabeth Becker, author of When the War Was Over

In an expose that is as timely as it is alarming, Geoffrey Cain shows how China is using artificial intelligence and totalitarian repression to turn its westernmost region into a human-rights hellhole. After reading The Perfect Police State, it is impossible to regard the Chinese leadership with anything other than contempt—and fear.
―Blaine Harden, author of Escape from Camp 14

“Packing a wealth of information into a crisp narrative, this is an impassioned and well-informed exposé.”―Publishers Weekly --Ce texte fait référence à l'édition kindle_edition.

Geoffrey Cain is an investigative journalist and technology writer who reported from Asia and the Middle East for twelve years. He’s contributed to the Economist, Time, the Wall Street Journal, and dozens of other magazines and newspapers. His first book, Samsung Rising: The Inside Story of the South Korean Giant That Set Out to Beat Apple and Conquer Tech, was longlisted for the Financial Times and McKinsey Business Book of the Year award. A Fulbright scholar, he studied at London’s School of Oriental and African Studies and the George Washington University, and is a term member of the Council on Foreign Relations. He lives in Istanbul, Turkey.

Amazon Customer
5,0 sur 5 étoiles Good informative reading
Commenté au Royaume-Uni le 3 août 2021
Achat vérifié
I’m only half way through this book but so far find it fascinating reading. I would recommend it to everyone as we should know what’s going on in China.
En lire plus
Signaler un abus
Traduire les commentaires en Français

Manda
5,0 sur 5 étoiles Must buy this book
Commenté au Canada le 24 août 2021
Achat vérifié
I first heard about this book from my favorite podcast, Mysteriousuniverse.org
Amazing and terrifying all at the same time. If you want an In depth look into what the CCP is all about, you must read this book. It's a dark look into how the western world is turning communist
En lire plus
Signaler un abus
Traduire les commentaires en Français

The AR
5,0 sur 5 étoiles A must read for anyone who values freedom and basic human dignity.
Commenté aux États-Unis le 26 juillet 2021
Achat vérifié
I’m afraid that in 20 years we’re going to wish we’d all read this and done more when we had the chance. A truly terrifying examination of the human rights abuses being systematically imposed by the modern Chinese communist regime. Also, a warning to us in the western world to be aware of the technology we allow into our lives. An absolute must read.
En lire plus
11 personnes ont trouvé cela utile
Signaler un abus
Traduire les commentaires en Français

K. Rex
1,0 sur 5 étoiles Yellow Peril -or- Extraordinary Claims Require Extraordinary Evidence
Commenté aux États-Unis le 11 août 2021
Achat vérifié
From the get-go, Cain attempts to justify his use of anecdotes from unnamed sources by saying they could be "in danger" if he doesn't, while admitting that many of these folks are in Turkey and the United States. Yes, the Chinese government has nothing better to do than to track down dissenters one by one in hostile foreign countries and to use taxpayer money to hassle their families. Cain tries to make himself look "balanced" by saying he omitted interviews from people he deemed untrustworthy, while simultaneously using words a colleague of his heard some people in Turkey say as undisputed truth in the main text. What a hero.

Cain enjoys peppering in subscripts to show that he "has sources," but his sources often fall flat as bald-faced and biased hearsay, with tinfoil hat quotations, e.g. totalitarian ideals supposedly espoused by the CCP, notably missing any source at all (or better, a source like RFA that quotes unnamed "officials") . To that end, I actually believe some of the supposed quotes by the Chinese government *could* be real, but the obvious problem is the lack of scholarship in not providing any sort of source; it's almost as if he's afraid that people will realize he's taking the government's quotations out of context! Most alarming is that the most extraordinary claims, such as torture, brainwashing, indoctrination, and the forced bedding of Uyghur women to Chinese men have absolutely no proof at all, and are told more as fictional prose than fact. Disgustingly, Cain makes his unverified ideas into a sick comedy with sensational and sophomoric musings such as "After your morning indoctrination...". Haha, that's SO funny Cain; really showing your solidarity with these people by making jokes about their suffering which you pretend moves you.

He claims a great many things that could very easily have been secretly recorded on at least ONE occasion; supposed break-ins by government minders who "check for irregularities" such as "having more than 3 children" or "owning religious books" to even the absurd "not setting your alarm clock". This book therefore not only paints Chinese as impossibly pedantic villains, it paints Uyghurs as weaklings and lambs who presumably need the white man's help to battle this yellow menace; all around racist. To the point of recording, we know in America that black people risk their necks every day to record the ill-doings of police officers, who still manage to not be able to hold their manners and will kill with a smile while knowingly on camera; why would the Uyghurs never once think to do this? Has Cain ever been on Twitter? Uyghurs do have camera phones and internet. Oddly, I have never seen a video of a Chinese official doing anything close to what the USA police do, yet we're supposed to take Cain on his word?

Glossed over and used as "genesis of the brave Uyghur fighters" nonsense, we are told by Cain that China had Muslim extremist terror attacks in many places in China over the past 30 years. Kunming, Urumqi, and others had to withstand bombings, unfocused knife attacks, and the result was not unlike we have here: The authorities stepped in to arrest the attackers and send them to prison. The difference? The "evil CCP" made a point to NOT vilify Islam or Muslims, making any retaliation or negative media coverage of Islam prohibited. As I recall, the USA did the complete opposite- Fox News gleefully blamed and proclaimed Islam as the enemy, with state-supported "Axis of Evil" narratives coming from the president himself. In dystopian China, all the attackers were given a jury trial and sentence, which they served/are serving (compare to GITMO). Cain even ADMITS that the separatists joined outfits like ISIS. Okay, so all you bleeding hearts telling me you'd do nothing and expect the government not to do anything to expats who went and joined ISIS and came back here to wreak havoc, ESPECIALLY if they were a minority? Everyone knows how that would go, and believe you me it wouldn't be 1/80th as hands-off as China has been with the separatists.

The Chinese government, instead of drone bombing weddings and using spent uranium shells on countries sheltering defected Uyghurs, pushed to bring more resources to the west of China. Infrastructure projects, schooling, and the continued benefits to non-Han minorities; one only needs to look at the skyline of modern Urumqi to know that Beijing has not abandoned them, and certainly doesn't abuse them en masse. But yes, making vocational programs and having teens and young people who are exposed to extremist ideas of ETIM (which the USA once deemed a terrorist group, until it became politically expedient to drop that title to help destabilize China) go to these schools is "indoctrination". I suppose we oughtta close all the YMCAs in the inner cities; better that kids join gangs than get skills and mentoring!

To the reviewers saying this and that about China, who are so worried about their surveillance state and human rights abuses, I say this: You have no agency in the affairs of China. We as Americans/westerners DO have agency in the affairs of the United States and western powers. If you are concerned with surveillance states, fight back against the one that sent Edward Snowden packing and increases its grip everyday with many of the same facial recognition technologies and tacit laws which allow things like your cellphone to be hacked (Stingray) if you just happen to be NEAR a "person of interest" to Homeland Security. If you have a problem with Muslim genocide in Xinjiang, which even US state department lawyers say is unlikely, go with your concerned friends and form a body shield to stop the shipping of supplies of missile, jet, and drone parts from the big USA weapons manufacturers. No? Of course you won't, because combating our verified atrocities and actual genocide attempts (Yemen, Abu Ghraib, Iraq, Libya, Afghanistan, GITMO, Gulf of Tonkin, to name just a few) doesn't give you the satisfaction of blaming the yellow man for our economic ills and declining way of life. Cain should be utterly ashamed of this race-baiting drek.

Don't fall for it, people. Show Cain we've had enough of "foreign experts" inventing reality to justify war and regime change with manufactured "otherism". Look at the rest of the world. They're joining the Belt and Road Initiative. Majority-Muslim countries along with others (37 and counting) have approved China's Xinjiang terror-control policy. A number of Uyghurs showing their real lives on Twitter have been banned for going against this "genocide" narrative. Should we look at those tides, or believe an unverified 100+ totally real individuals who Cain interviewed and wants to play white saviour for?
En lire plus
2 personnes ont trouvé cela utile
Signaler un abus
Traduire les commentaires en Français