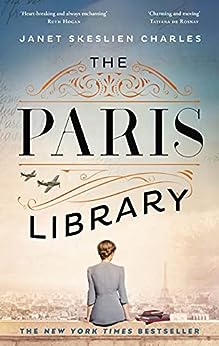 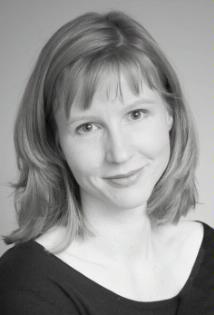 “As a Parisian, an ardent bookworm, and a longtime fan of the American Library in Paris, I devoured The Paris Library in one hungry gulp. It is charming and moving, with a perfect balance between history and fiction.” -- Tatiana de Rosnay, New York Times bestselling author of Sarah's Key

“A fresh take on WWII France that will appeal to bibliophiles everywhere. I fell in love with Odile and Lily, with their struggles and triumphs, from the very first page. Meticulously researched, The Paris Library is an irresistible, compelling read.” -- Fiona Davis, national bestselling author of The Chelsea Girls

“The Paris Library is a refreshing novel that celebrates libraries as cradles of community, especially when we need them the most. It shows how literature can be a means of escape, a catalyst for human connection, and a moral center in grim times. A thoroughly enjoyable read, kind-hearted and brimming with delightful bookish allusions.” -- Matthew Sullivan, author of Midnight at the Bright Ideas Bookstore

"Having lived in an apartment just above the current location of the American Library in Paris, I've always felt connected to the institution and wondered about its story, so I'm grateful to Janet Skeslien Charles for penning such a vivid, enjoyable, based-on-a-true-story tale. In THE PARIS LIBRARY, the beloved library, its staff, and its subscribers come to life and remind us of both the horrors of World War II and the vital role books play in keeping us afloat in difficult times. Well-researched, stirring, and rich with detail, THE PARIS LIBRARY is an ode to the importance of libraries, books, and the human connections we find within both." -- Kristin Harmel, New York Times bestselling author of The Book of Lost Names

"Intelligent and sensuously rich....A novel tailor-made for those who cherish books and libraries." ― Kirkus Reviews

"A love letter to Paris, the power of books, and the beauty of intergenerational friendship." ― Booklist

"Delightful...richly detailed...Historical fiction fans will be drawn to the realistic narrative and the bond of friendship forged between a widow and a lonely young girl." ― Publishers Weekly --Ce texte fait référence à l'édition paperback.

Janet Skeslien Charles is the award-winning author of Moonlight in Odessa, which was published in ten languages. Her shorter work has appeared in revues such as Slice and Montana Noir. Janet first became interested in the incredible true story of the librarians who stood up to the Nazi “Book Protector” when she worked as the program’s manager at the American Library in Paris. Her novel The Paris Library will be published in thirty countries. She divides her time between Montana and Paris. Visit her at JSkeslienCharles.com or connect with her on Twitter @SkeslienCharles. --Ce texte fait référence à l'édition paperback.

PARIS, 1939 Odile Souchet is obsessed with books, and her new job at the American Library in Paris - with its thriving community of students, writers and book lovers - is a dream come true. When war is declared, the Library is determined to remain open. But then the Nazis invade Paris, and everything changes. In Occupied Paris, choices as black and white as the words on a page become a murky shade of grey - choices that will put many on the wrong side of history, and the consequences of which will echo for decades to come. MONTANA, 1983 Lily is a lonely teenage desperate to escape small-town Montana. She grows close to her neighbour Odile, discovering they share the same love of language, the same longings. But as Lily uncovers more about Odile's mysterious past, she discovers a dark secret, closely guarded and long hidden. Based on the true Second World War story of the heroic librarians at the American Library in Paris, this is an unforgettable novel of romance, friendship, family, and of heroism found in the quietest of places. --Ce texte fait référence à l'édition kindle_edition.
En lire plus

Vicky S.
2,0 sur 5 étoiles Did not keep its promises
Commenté au Royaume-Uni le 28 mars 2021
Achat vérifié
Anything to do with WWII interests me and I was particularly curious because the theme was a library. I did not find the writing particularly good, there are a lot of clichés, the characters are flat, it is more in the style of Mills and Boon, ie a romantic story without depth.
The dual timeline was irritating, I was not moved and it did not grab my attention.
Could have been so much better!
En lire plus
9 personnes ont trouvé cela utile
Signaler un abus
Traduire les commentaires en Français

Angela
5,0 sur 5 étoiles A thoroughly enjoyable read
Commenté au Royaume-Uni le 15 juin 2021
Achat vérifié
A dual time-line story set in Paris during the occupation and the US of the 1980s.
I found this a thoroughly enjoyable read and I found the parallels between the central characters in Paris and their later counterparts in the US fascinating. I thought the the two timelines were very cleverly woven together. I loved the attention to historic detail and found the day-to-day work of the library a comforting distraction from the intense and constantly shifting tension created throughout because of the occupation and the increasing menace of Nazism.
A great book and I will be reading more of this author's work.
En lire plus
4 personnes ont trouvé cela utile
Signaler un abus
Traduire les commentaires en Français

Amazon Customer
5,0 sur 5 étoiles This book taught me life lessons.
Commenté au Royaume-Uni le 9 juillet 2021
Achat vérifié
I bought this book by mistake. But life teaches me that what happens is not a mistake but merely meant to be.
It's so important that I read this book. I will not put ìn any spoilers but I will say I totally was whisked back to Paris during the 2nd WW.
I felt what the poor Jewish Canadian American British and Parisians had felt.
All for the love of books. I picture myself as being a librarian and helping the subscribers still to get thier reading fix. Because to some people including myself book reading is something that we could not live without doing. I admire the true grit of these strong people.
This book has taught me so many life lessons.
I give praise to the author for her style of writing . The life pattern that young Lily was on and the mistakes she would make or want to make or emotions she was feeling, were the same emotions or mistakes or lessons that Odilehad already experienced and therefore was able to guild her .
These lessons will forever stick with me now.
En lire plus
2 personnes ont trouvé cela utile
Signaler un abus
Traduire les commentaires en Français

Brummie
4,0 sur 5 étoiles Intriguing Book
Commenté au Royaume-Uni le 20 juillet 2021
Achat vérifié
Initially slow and boring, but as you read on the book draws you in. I’m not sure that the story from two eras works here though, personally I found that the constant jumps from wartime Paris to modern America irritating, it breaks the spell, I have read other books where the character looks back and enjoyed them.
Had the book just told the story of the library staff and Odile in wartime Paris and Lily and Odile in America rather than padding it out with Lilli’s family and friends I would have enjoyed the book more.
En lire plus
Signaler un abus
Traduire les commentaires en Français
Afficher tous les commentaires
Retour en haut
Pour mieux nous connaître
Gagnez de l'argent
Moyens de paiement Amazon
Besoin d'aide ?
© 1996-2021, Amazon.com, Inc. ou ses filiales.