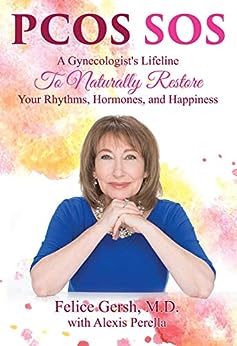 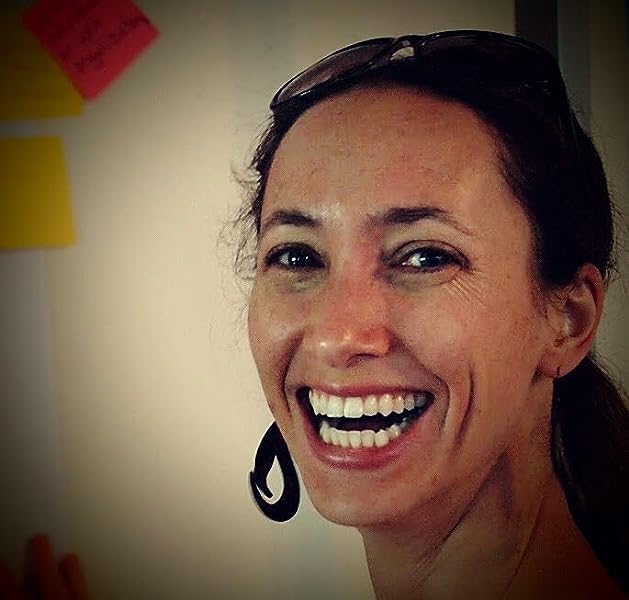 Felice Gersh, M.D. is a multi-award winning physician with dual board certifications in OB-GYN and Integrative Medicine. She is the founder and director of the Integrative Medical Group of Irvine, a practice that provides comprehensive health care for women by combining the best evidence-based therapies from conventional, naturopathic, and holistic medicine. She taught obstetrics and gynecology at Keck USC School of Medicine for 12 years as an Assistance Clinical Professor and received the Outstanding Volunteer Clinical Faculty Award. She is also a prolific writer and lecturer and has been featured in several films and documentary series, including "The Real Skinny on Fat" with Naomi Whittel and "Fasting". She lives with her husband, Bob, in Orange Country, CA. --Ce texte fait référence à l'édition kindle_edition.

James W.
5,0 sur 5 étoiles An amazing miracle book
Commenté au Royaume-Uni le 27 mai 2020
Achat vérifié
I've waited several years for this book to come out, and I am not disappointed. She talks so much sense and the steps are easy to follow. I was diagnosed with PCOS in 2014, although I'm sure it was missed back in 2005. I had been trying to conceive for 4 years before reading her book, and I got halfway through it before I fell pregnant naturally, when my chances were less than 10%. The only difference between that moment and the past 4 years was implementing the first 4 of her strategies. I immediately went from having 49-60 day cycles to a perfect 28 day cycle. This book is amazing, a miracle worker, and I cannot recommend it enough.
En lire plus
2 personnes ont trouvé cela utile
Signaler un abus
Traduire les commentaires en Français

Fthom
5,0 sur 5 étoiles The go-to guide on PCOS
Commenté au Canada le 22 octobre 2020
Achat vérifié
This is the most thorough and thoughtful book that I've read on PCOS. If you've been diagnosed with PCOS or think you may have the symptoms, put down the metformin and read this book! (Disclaimer: I'm not a doctor, so don't actually put down the metformin).
En lire plus
Signaler un abus
Traduire les commentaires en Français

Catherine Schmidt
4,0 sur 5 étoiles More Holistic Than it Sounds.
Commenté aux États-Unis le 1 avril 2019
Achat vérifié
I bought this book because I was looking for a doctor's take on PCOS in 2019. I'm not sure if that's what I got. I'ved been living with PCOS for about 20 years and followed the active research as much as possible in hopes that eventually there would be a breakthrough.

While Dr. Gersh does include substantial citations and an index, I don't feel confident that all of this research is actually quality enough to support her conclusions. Some of the bigger claims she makes are not actually backed by citations at all, which concerned me. Those which are cited don't always cite quality studies, or human studies. I actually felt more confident reading Laura Briden's book (Period Repair Manual) than this one, which is awkward given she is an ND not an MD.

I do think she has the right general idea about broken circadian rhythms being a huge causal factor for metabolic-reproductive syndrome. I'm not convinced by her arguments though that the things she's recommending are actually a solution for fixing them. Some of the reasons why: She recommends light therapy at certain times of the day, but doesn't talk about the fact that the day length changes year round, and says it is okay to take Vitamin D whenever you get around to it. One of the few for-sure things we know about sunlight is that it produces Vitamin D in your body. It would seem to me if we are making an effort to buy a light therapy lamp and use it at certain times, we should also take Vitamin D at very specific times, in the same way we do melatonin. But also: she recommends getting light in the morning while eating by a window: but you can't get Vitamin D through a window because the glass blocks the wavelengths that do that. Dr. Gersh talks a lot about blue light preventing melatonin from being produced in the evening, but what is it about light therapy in the morning that actually fixes this? Is it just an induced withdrawal? I don't feel convinced enough to shell out for new equipment. I do feel convinced to go outside: EXCEPT at my latitude I would never get enough sunlight. This makes me wonder too...If it is the case that a certain amount of sun exposure on the body is required for healthy living, how is it that communities that have lived for thousands of years at higher latitudes (where it is cold and they are usually covered!) could have survived and been healthy? If it is indeed the case that we require more sunlight exposure than we are getting with our modern lives then it would indicate no one should live at these latitudes except farmers.

On to supplements: Dr. Gersh recommends many supplements in this book. I believe she actually believes in all of them. Some of them have extremely solid research behind them, such as inositol and melatonin. (Quick note: myo-inositol should not be delivered alone, but in a 40:1 ratio with d-chiro inositol. She does not mention this but should.) Others less. I'm not convinced on buying any of the other supplements at this time due to lack of quality research supporting their use. In addition, Briden's book has some better advice on taking supplements in a more cautious manner. Some of these supplements can be very strong and should only be taken for a while. (I was not convinced by Briden's book to purchase and use these supplements either, but I did feel more comfortable with her expertise in prescribing them.)

Supplements may not be your typical FDA-regulated prescription-required medicine, but they are medicine. They need to be treated as such, especially in the quantities given.

Dieting. I was ecstatic reading the first few chapters of this book, where she says she doesn't recommend dieting for health. Good! Dieting is generally unsafe, and even when it is safe, it's not something you can do long-term, so it doesn't make sense to me to lose weight with fad diets. Then I got to her chapter on nutrition. It's a diet. She recommends periodic fasting and veganism, along with no added sugars and no dairy, gluten, etc. The general gist: eat more plants! I think is great. The rest? Ugh. I don't think it's really inline with modern nutritional expertise, which admittedly changes every time someone sneezes. While I'm convinced by her arguments that fasting overnight for 12-14 is a good practice for your liver, the rest of her fasting advice is probably going to go in the bin for me.

Estrogen deficiency as a root cause of PCOS. This is actually the biggest surprise for me. Most research that I've read previously talked about estrogen being too *high* (e.g., estrogen-dominant PCOS). They usually associated the symptoms of PCOS instead to progesterone deficiency because of lack of ovulation. She doesn't mention this at all. Dr. Gersh says that PCOS problems are caused by our aromatization of testosterone into estrogen being inefficient compared to non-PCOS women. I'm baffled by this claim as when she does get around to mentioning Letrozole, it's just a short footnote in the conception chapter. Letrozole is an aromatase inhibitor that is used off-label for induction of ovulation, and is known to be better than Clomid for high-BMI women with PCOS. She knows this as it's basically what she says, but doesn't then address the bigger question of why suppressing estrogen actually works so well. In her own studies, she's more interested in supplementing bio-identical estrogen.

Inflammation. Okay, inflammation is a hot word for everyone. I wasn't convinced by any of her suggestions about how to manage it, like aromatherapy, supplements like turmeric, or hot baths. Do what makes you calm to reduce unnecessary stress-induced cortisol, exercise, and eat lots of plants. That I can get behind.

Microbiome. I am not convinced to buy any probiotic supplements, but I agree with her recommendations to eat more fiber and exercise for your microbiome health. That's actually a novel way to think about it! I also liked that she addressed the -occasional- need for antibiotics. I do think the microbiome should have some interesting help for us in the future.

After I finished this book, I have to admit I'm pretty surprised that an MD would have such holistic recommendations. Most of what she's talking about would have been considered quackery 10-20 years ago. Some of it still is. At the same time, I'm encouraged by the fact that we're beginning to bridge the gap between western and traditional medicine. I think there's a lot more we can learn from traditional medicine than we have really admitted to ourselves.
En lire plus
107 personnes ont trouvé cela utile
Signaler un abus
Traduire les commentaires en Français
Afficher tous les commentaires
Retour en haut
Pour mieux nous connaître
Gagnez de l'argent
Moyens de paiement Amazon
Besoin d'aide ?
© 1996-2021, Amazon.com, Inc. ou ses filiales.