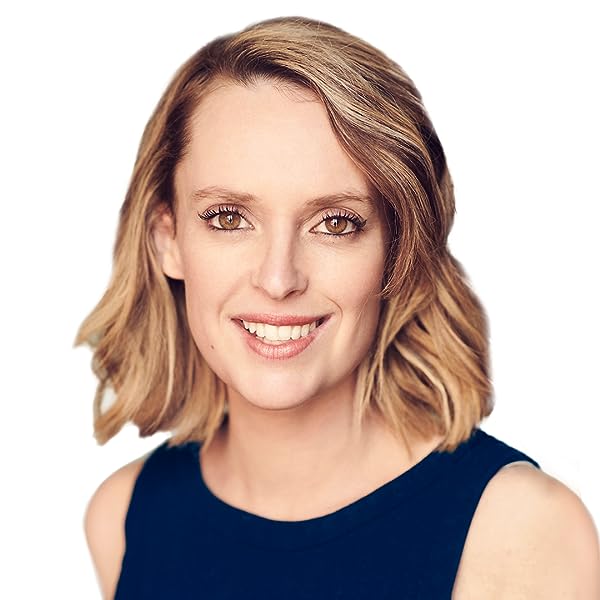 Ferdinand Brun hasn’t always been a grumpy old man. Many years ago, he was a grumpy young man. Now he’d much rather spend time with his canine companion, Daisy, than any of his nosy neighbors. But as his behavior becomes increasingly peculiar, his daughter grows concerned and begins to consider moving him into a retirement home.

In order to maintain his freedom, Ferdinand must submit to an apartment inspection by his longtime enemy, the iron-fisted concierge, Mrs. Suarez. Unfortunately, he’s never tidied up a day in his life. His neighbors, precocious ten-year-old Juliette and vivacious ninety-two-year-old Beatrice, come to the rescue. And once he lets these two into his life, things will never be the same. After an eighty-three-year reign of grouchiness, Ferdinand may finally learn that it’s never too late to start living.

Aurélie Valognes was born and raised close to Paris, France. After business school studies, she began working for American companies and spent the early part of her career as a brand manager, working and traveling across Europe. Only when she and her husband had the opportunity to move from their home country for an international assignment in Italy did Aurélie rekindle her love for writing. Out of Sorts (originally published as Mémé dans les orties) became a bestseller in France. It has been translated into many languages. She lives in Milan with her husband and three-year-old son and is working on her second novel.

M. Dowden
4,0 sur 5 étoiles Ferdinand Brun
Commenté au Royaume-Uni le 4 décembre 2015
Achat vérifié
Meet Ferdinand Brun, octogenarian, thrifty, a hypochondriac and a bit of a grouch. This story takes place in 2012 and when we first start Ferdinand is about to leave his apartment for good. We then go back to see what leads to this change in his life, and then pick up once again from the beginning and see what happens next.

To be honest this is something that is quite predictable which I am sure most will have already worked out by reading the cover blurb, but this still makes for an enjoyable read. Ferdinand doesn’t go out of his way to make friends or endear himself to others and since living in the apartment complex where he resides he isn’t bothered that he has kind of created the impression that he could be a serial killer. With his only child who is living and working in Singapore worried about him plans are set afoot to place him in an old peoples’ home, but coming to a compromise Mrs Suarez, the concierge of the building will keep close tabs on him and make reports. Of course Mrs Suarez, a sort of pig headed wannabe member of the Stasi wants Ferdinand out.

Full of warmth and humour we see how Ferdinand’s life takes a detour in a different direction as he is befriended by a new neighbour’s ten year old girl, Juliette. Despite the fact that we all ultimately know how this story will pan out to a large extent this does make for a nice cosy read that is very entertaining, and to be honest would make a nice film. One thing this reminds us of is that getting older doesn’t mean having to live a lonely and depressing life, not if you are prepared to put yourself out a bit.
En lire plus
7 personnes ont trouvé cela utile
Signaler un abus
Traduire les commentaires en Français

boswell57
4,0 sur 5 étoiles Funny and touching
Commenté au Royaume-Uni le 10 février 2016
Achat vérifié
A quick report on a book which made me laugh out loud. I was sorry to finish it. Out of Sorts is yet another book which I found lurking forgotten on the Kindle. It’s an AmazonCrossing book, translated from the French.

Ferdinand Brun is eighty three and a grumpy old man. He lives alone in his filthy Paris apartment, ignoring his neighbours and engaged in constant warfare with the concierge, Madame Suarez, who certainly has it in for him. His daughter Marion, who lives in Singapore, worries that he’s not coping and arranges for him to go into a retirement home. As he’s in good health and hates institutions, the thought horrifies him. There seems to be a conspiracy to get him out of his home.

Then his life is turned around by two wonderful characters. First Juliette, a very precocious ten-year-old, erupts into his life, announcing that she intends to have lunch with him every day as she doesn’t like the school cafeteria. Her conversation is a delight. Next he gets to know Beatrice, a neighbour who, at ninety two, is still full of energy and has a busy social life. Both Juliette and Beatrice are determined to get Ferdinand out of his rut and start engaging with other people. Can the habits of a lifetime be changed? I wasn’t much interested in the redemptive aspects of the story, just found it very funny. It’s short, charming, recommended.
En lire plus
Signaler un abus
Traduire les commentaires en Français

Moody Dingo
5,0 sur 5 étoiles Amusing little story, very French!!
Commenté au Royaume-Uni le 25 mai 2018
Achat vérifié
My sister recommended this to me as we seem to like the same kind of books, but she read the original French version. I didn’t feel my Schoolgirl French was up to that so went for this translation. It’s not a very long book but I’m enjoying the quaint and qwirky characters, but have found ‘something lost in translation’ several times which was a little irritating. Just an opinion and not enough to spoil what is a funny yet poignant tale. Give it a try!
En lire plus
Signaler un abus
Traduire les commentaires en Français

Pamela M.
1,0 sur 5 étoiles A waste of good reading time.
Commenté au Royaume-Uni le 26 avril 2016
Achat vérifié
This book is a bit like the proverbial curate's egg. The author has writing talent I think, but it needs to mature. I had had enough of the very unrealistic plot quite early on, but continued to the end because I hoped it would improve (it did not). To me, it read like a teenager's first attempt at a novel (based on a lot of reading but no actual life experience), which needed advice from a good editor before thorough revision.
En lire plus
Signaler un abus
Traduire les commentaires en Français

mgfblackpool
4,0 sur 5 étoiles Heartwarming story.
Commenté au Royaume-Uni le 4 décembre 2015
Achat vérifié
I loved this book and wish I could find out what happened next. It is not a long book and frankly finished too quickly for me because I just had to get to the end before I went to sleep. I loved the main character a real curmudgeon, who didn't like anything out of his comfort zone. Going to look out for further books by this author and so pleased I picked this book for my December 'first read'.
En lire plus
4 personnes ont trouvé cela utile
Signaler un abus
Traduire les commentaires en Français
Afficher tous les commentaires