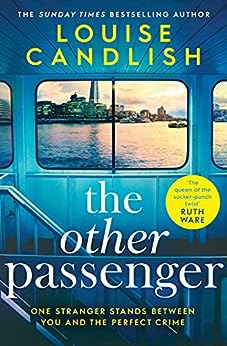 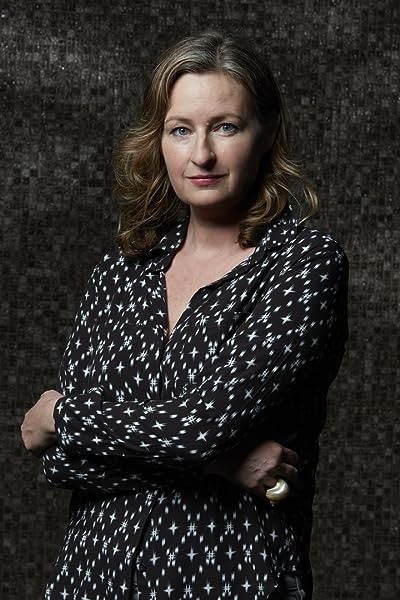 The Other Passenger: One stranger stands between you and the perfect crime…The most addictive novel you'll read this year (English Edition) Format Kindle

“This book stands apart for its expert pacing and plotting, and for its exploration of the complexity of financial disparities in relationships, friendships between generations, and the London housing crisis . . . Sure to please readers looking for thrillers in the vein of Lisa Jewell and Aimee Molloy; a single-sitting page-turner with character and thematic depth.” —Library Journal (starred review)

“Candlish never lets the tension slacken as deep discussions of income disparity, aging, love and loss keep readers’ loyalties shifting between characters. There’s the potential for at least one character, perhaps more, to appear in another novel. It would be thrilling to see them again. The villains in The Other Passenger are never held at arm’s length. We care, even as their ordinary lives turn monstrous.” —BookPage (starred review)

"Candlish’s story is a stiletto take on desire and ambition and the power of possession, and one of the most entertaining and seductive thrillers coming this summer.” —Minneapolis Sar Tribune

“Candlish brings a Hitchcockian sense of the uncanny to her latest thriller, which features two friendly neighbors, co-commuters on the local ferry. When one of them goes missing, the other finds himself under accusation. Their friendship is real, but our protagonist is forced to question everything he thought he knew about her relationships and the community around him.” —Crimereads

"Psychological suspense at its most elegant and sinister." —A.J. Finn

"Just brilliant; gripping from the first page with an incredible first-person narrative and a sense of place that pulls you through the pages fast enough to make your head spin. Louise Candlish just gets better and better. I love her." —Lisa Jewell

"I'm a HUGE fan of Louise Candlish's writing, but she really knocks it out of the park with this one, with its Hitchcockian atmosphere of mounting dread and almost unbearable suspense, building to its astonishing conclusion. A must-read." —Lucy Foley

"Louise Candlish is the queen of the sucker-punch twist." —Ruth Ware

Louise Candlish is the Sunday Times (London) bestselling author of fourteen novels. Our House, a #1 bestseller, won the Crime & Thriller Book of the Year at the 2019 British Book Awards, was longlisted for the 2019 Theakston Old Peculier Crime Novel of the Year, and was shortlisted for the Goldsboro Books Glass Bell Award. It is now in development for a major TV series with Red Planet Pictures, producers of Death in Paradise. Louise lives in London with her husband and daughter. Visit her at LouiseCandlish.com or connect with her on Twitter @Louise_Candlish. --Ce texte fait référence à l'édition kindle_edition.

koontzie
5,0 sur 5 étoiles Jaw-dropping twist
Commenté en France le 28 février 2021
Achat vérifié
I loved this book! I have read a lot of thrillers, I am used to various plot twist and most of the time I see them coming: it has become quite difficult to surprise me, but "The other passenger" succeeded where lots of other thrillers have failed! I was pretty sure I knew what was going on, I got even more confident when one of the characters confirmed my hypothesis... and then, it just a few sentences, EVERYTHING changed. A huge "Wait. What???!" moment. Great characters, great plot, amazing twists... I'm going to buy more books from this author.
En lire plus
Utile
Signaler un abus
Traduire les commentaires en Français

Catia Santos
3,0 sur 5 étoiles Not impressed at first, but it got better
Commenté en France le 22 février 2021
Achat vérifié
I actually really hated the first half of the book, I hated the main character Jamie, as well as both Kit and Melia and I was very confused with the dinamic that both couples had going on.
I don't think the writting was any good, I found myself wanting to skip the majority of the text and just wanting to read the dialogues between the characters.
The only reason I kept going was because of my curiosity, since I have started the book I was curious to find out what actually happened.
I was really thinking about giving the book a lower rating but when the first major twist happened the it got interesting, I actually enjoyed what came out of it and the way the story unfolded.
The title is very misleading though and it makes you think the story is something completly different, I didn't like that, although I understand that it was surely the authors intention to mislead the reader and shift our suspitions, I think that was uncalled for and irrelevant to the story.
En lire plus
Une personne a trouvé cela utile
Utile
Signaler un abus
Traduire les commentaires en Français

Kindle Customer
5,0 sur 5 étoiles Brilliant book
Commenté en France le 5 avril 2021
Achat vérifié
Brilliantly written with an unexpected twist at the end. You must have a very clever mind to make the plot that was a good part of the book. All the characters were so well done that I felt as though I knew those people.
Congratulations. I have read a few of your books now
En lire plus
Une personne a trouvé cela utile
Utile
Signaler un abus
Traduire les commentaires en Français

BOOK MARK!
5,0 sur 5 étoiles In a word,awesome
Commenté au Royaume-Uni le 6 juillet 2020
Achat vérifié
There are very few authors I buy or read their book without even reading the blurb but this author is one, it’s a risk of course but again this book has proved me right
I have to say as well that reading about my street was brill ( one of the characters place of work was here and so a lot of the book was based in and around the area I live )

So....
Clare and Jamie more than solvent late 40’s
Melia and Kit flourishing in debt mid 20’s
And never the twain should meet
But they do via work and also via the ‘riverboat’ commute Kit and Jamie take twice daily
Their friendship blossoms but so does a game that two of them are playing, a game so evil and twisted you struggle not to baulk at the audacity of it
The story is told by Jamie over the period of a few weeks with flashbacks and the web of deceit and lies these people manage to weave is fascinatingly depraved
Its chilling, dark, tense, soooo well written and has twists that twist on themselves until the ending where
you think there cant be anymore...then there is.....
A warning that the characters will have you furious at their deception and loathing of their greed and immorality
Outstanding in every way, makes me happy to be a reader!!
10/10
5 Stars
En lire plus
63 personnes ont trouvé cela utile
Signaler un abus
Traduire les commentaires en Français

Bluebell Hill
3,0 sur 5 étoiles OK
Commenté au Royaume-Uni le 4 juillet 2020
Achat vérifié
This wasn't quite what I was expecting from the blurb - it is a bit misleading. However, the story overall was fairly engaging. I didn't feel I couldn't put it down - I found it a bit slow at times. It was like traveling by train, it jerked along in a frustratingly lackadaisical way and then would speed up and you'd pelt forward before juddering to a halt again.

My main problem was I didn't like the main character, who is a self-satisfied git who is too easily led by the glamour of youth. Also, Kit is supposed to be a hugely charismatic character, but I thought he came across as a loser. Because of that, the ending fell flat for me.

Candlish's writing is competent, and I liked her descriptions of the commute along the Thames which were well done and evocative. I also liked the philosophising about a generational desire for money and the feelings of turning 50 - they were thoughtful and insightful. However, it's not really what I would have expected from a thriller. So not bad, passed the time, but didn't make me salivate to read more like other authors such as Lisa Jewell - Sophie Hannah and Liane Moriarty have.
En lire plus
39 personnes ont trouvé cela utile
Signaler un abus
Traduire les commentaires en Français

Nick
5,0 sur 5 étoiles LC has delivered yet another gripping book
Commenté au Royaume-Uni le 25 juin 2020
Achat vérifié
“How much is your life worth… To someone else?”

L.C has done it yet again folks. “The Other Passenger” tells the story of Jamie and Clare a couple in their late forties who are friends with millennials Kit and Melia. Jamie is feeling pretty smug, now that he has a season ticket to travel to work along the Thames by riverboat, avoiding the horrendous gridlock London traffic. Jamie, with Kit get the drinks in on their evening commutes home after their long days. All is well. Until the first day back after Christmas and Kit isn’t on the morning boat. Everything else seems the same. But something isn’t right. When Jamie disembarks, the police are waiting for him. Melia, Kits wife has reported him missing and another passenger has witnessed Jamie having a blazing row with Kit on the last boat home after Christmas drinks. It seems the police have reason to believe that Jamie had reasons to lash out at Kit. But he’s innocent right? Or is he? L.C’s plot devices and sharp plot twists are unmatched in her latest book “The Other Passenger”, so much so it’s taken me almost 24 hours to get my feelings together for this review. Candlish has a way of taking relatively normal people, and situations to create something so suspenseful you will not believe what happens from one page to the next. As always, you think you have worked out the story, worked out the twists, but something that L.C has mastered beautifully is the art of the unanticipated turn of events, the curveball, the bombshell which will leave you open mouthed and like me only just picking up your jaw from the floor.

What I loved most about “The Other Passenger” other than it being a welcome distraction in these dark and unprecedented times, is how different the characters were from Louise’s previous books “Our House” and “Those People” because as with a lot of authors who have enjoyed huge acclaim, it can be all too easy to recycle characters, but by now L.C knows her craft and has created a world so relatable, but so unbelievably crazy you’d have to read to believe. The age old question of “Do you know the difference between right and wrong?” is tested in many ways, the human behavior of how people will bend those rules to serve them, and justify their behavior is something I really adore about L. C’s writing style which she explores beautifully. We’re all human, and we all make mistakes. But as with everything, every action has an equal and opposite reaction. And boy, this book has plenty to offer in terms of suspense and building up one hell of a momentum until a hugely satisfying finale and epilogue.

SOPHIA
1,0 sur 5 étoiles Very disappointing.
Commenté au Royaume-Uni le 8 août 2020
Achat vérifié
Very disappointing. I suggested this book to my book club. The author’s first book was widely acclaimed and reviews of this volume were promising. But we all agreed that the writing was mediocre except for towards the end. The unfolding of the plot was extremely slow and laboured.
En lire plus
25 personnes ont trouvé cela utile
Signaler un abus
Traduire les commentaires en Français

Madge
1,0 sur 5 étoiles had to skip to the end
Commenté au Royaume-Uni le 12 septembre 2020
Achat vérifié
this was the first book i have read from this author and I have been put off reading any more! It was very drawn out, i didn't like any of the characters, so i skipped to the end.
En lire plus
23 personnes ont trouvé cela utile
Signaler un abus
Traduire les commentaires en Français
Afficher tous les commentaires
Retour en haut
Pour mieux nous connaître
Gagnez de l'argent
Moyens de paiement Amazon
Besoin d'aide ?
© 1996-2021, Amazon.com, Inc. ou ses filiales.