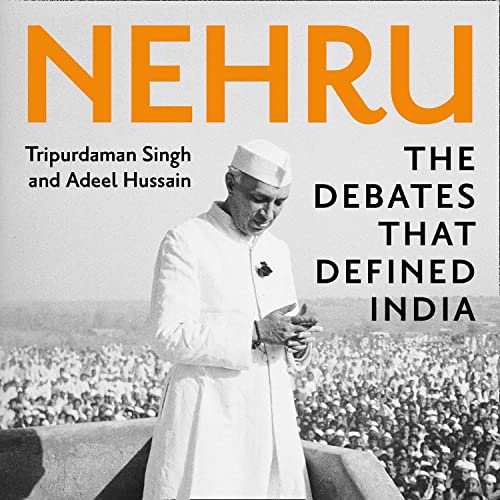 Nehru: The Debates That Defined India

A history of Nehru that dives deep into the debates of his era to understand his ideology - and that of his contemporaries and opponents, asking what India would look like had another bold young mind with fiercely held views led during the country’s formative years of independence.

Did these debates define india? Not really.. Nehru by chance of fate definitely was defining india but I didn’t find any course of Indian history defined by any of these debates. No one changed their mind in the course of these debates nor did they shape anyone’s mind
En lire plus
6 personnes ont trouvé cela utile
Signaler un abus
Traduire les commentaires en Français

Sanjay Pendharker
5,0 sur 5 étoiles Must read for those who want to have an informed opinion.
Commenté en Inde 🇮🇳 le 31 mars 2022
Achat vérifié
The authors have produced the correspondences as it is without any bias and opinion, and left it to readers to have their own views.
En lire plus
4 personnes ont trouvé cela utile
Signaler un abus
Traduire les commentaires en Français
Afficher tous les commentaires