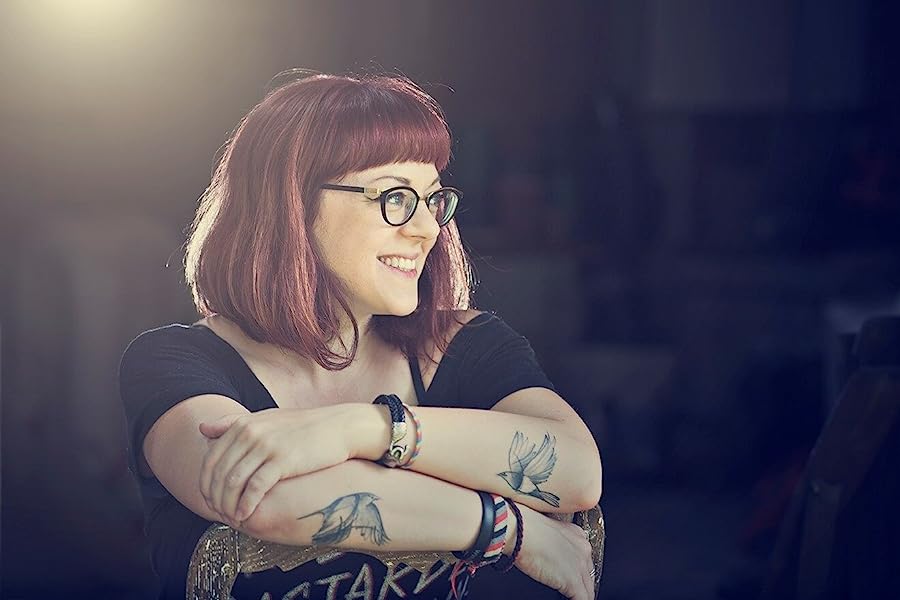 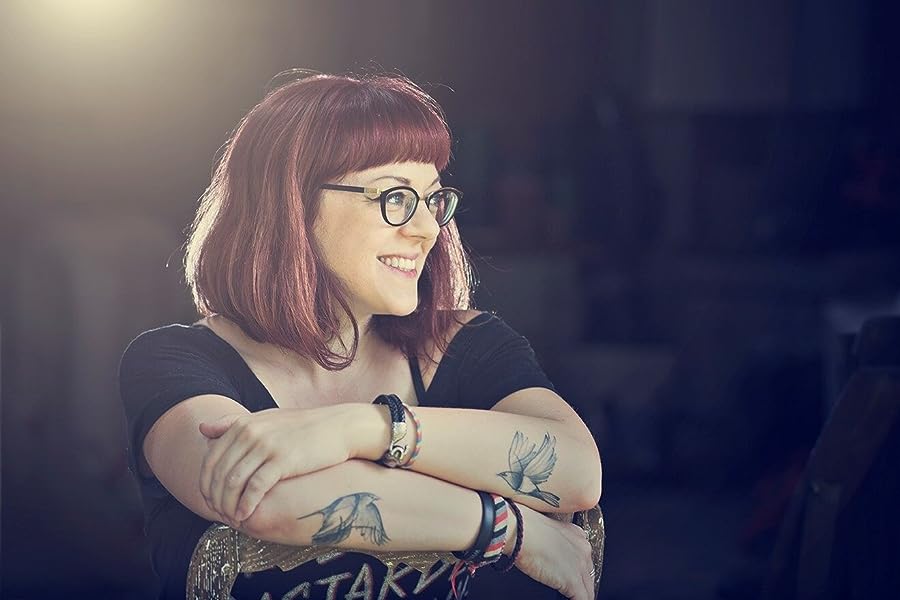 The Near Witch is only an old story told to frighten children.

If the wind calls at night, you must not listen. The wind is lonely, and always looking for company.

There are no strangers in the town of Near.

These are the truths that Lexi has heard all her life.

But when an actual stranger, a boy who seems to fade like smoke, appears outside her home on the moor at night, she knows that at least one of these sayings is no longer true.

The next night, the children of Near start disappearing from their beds, and the mysterious boy falls under suspicion.

As the hunt for the children intensifies, so does Lexi's need to know about the witch that just might be more than a bedtime story, about the wind that seems to speak through the walls at night, and about the history of this nameless boy.

Part fairy tale, part love story, Victoria Schwab's debut novel is entirely original yet achingly familiar: a song you heard long ago, a whisper carried by the wind, and a dream you won't soon forget.
En lire plus
Previous page
Next page

"A delicate, yet powerful novel that succeeds equally as either a journey back to the beginning or as a first tumble down the rabbit hole and into your next author obsession" - Barnes & Noble SFF Blog

"If you missed Schwab's debut novel when it first appeared, now's your chance to get on board." --Kirkus Reviews

"Situated in the sweet spot of the supernatural and the melancholy alongside works like The Ocean at the End of the Lane, [The Near Witch] boasts the dark and inviting sensibilities of fairy tales." --Barnes & Noble SFF Blog

"Impossible to put down." --Snaily Can Fly

"An absolutely beautiful story... You can truly see her future works twinkling in the background." --mall3tg1rl

"If you re a fan of her work then I urge to you read this book, the one that started it all. And if you don t know her work yet, then this is the perfect place to make your acquaintance." --Lisa s Notebook

"The characters are all very mysterious & complex and the story full of twists and turns. The pages flow; I mean, it was such a fast paced read and I couldn t put it down. 5/5*s." --Lina s Reviews

"Enchanting. It has a certain kind of magic around it that keeps you turning the page." --Ezzie s Bookshelf

"This whole book read like a dark fairytale. I didn t want to put it down, and the end of the book was so well written, it s hard to believe that this was a debut novel." --Lau Reads

"Rich in detail and wonderfully magical... A must read for any V. E. Schwab fans." --Mike Reads

"I simply loved this book. It reads as Wuthering Heights' younger, weirder sister, with much of the same atmosphere - the moorland otherworldliness, the sense of wild forces at play, forces nobody understand or can control." --Blue Book Balloon

V.E. Schwab is the No.1 New York Times bestselling author of ten books, including This Savage Song and the Darker Shade of Magic series, whose first book was described as "a classic work of fantasy" by Deborah Harkness. It was one of Waterstones' Best Fantasy Books of 2015, The Guardian's Best Science Fiction novels, and a Telegraph choice. The Independent has called her "The natural successor to Diana Wynne Jones."
Commencez à lire The Near Witch (English Edition) sur votre Kindle en moins d'une minute.

Hannah
4,0 sur 5 étoiles reminiscent of a fairy or old folk tale
Commenté au Royaume-Uni le 29 février 2020
Achat vérifié
I won't lie, I was a little nervous going in. This is the book where it all began, and I love Schwab's work so much. But writing styles change, and the craft develops. I was worried I'd find it lacking compared to the masterpieces she writes now.

I can confirm, it is not.

Schwab has written an introduction for this version, in it she calls it a quiet book. Compared to the wild adventures of ADSOM and the thrills of Vicious - it is. But it isn't any less wonderful.

The story feels like an old tale. Lexi talks about the stories her father used to tell - and I feel like the book could have been one of them. It's eerie, feels almost like a ghost story. I love the stranger - and at the end of my copy (not sure if it's all) there's a short story showing his origins that I adored too.

Now, I do absolutely love Schwab's work, so I could be biased - but I'd definitely recommend. There is one of my least favourite tropes, instalove, but I don't mind it so much in this story. Probably as it's reminiscent of a fairytale.

Lennie Reads
4,0 sur 5 étoiles Beautifully eerie
Commenté au Royaume-Uni le 28 avril 2020
Achat vérifié
"Funny how when we start to tell a secret, we can't stop. Something falls open in us, and the sheer momentum of letting go pushes us on."

Haunting, spooky, dreamlike debut novel from one of my all time favourite authors.

I loved our main protagonists, Lexi & Cole, their relationship was so sweet and heart warming. I really enjoyed Lexi's resilience and determination and Cole was the sweetest and his trepidation broke my heart a little. This book included the short story (The Ash-Born Boy) and that just solidified all my feelings for my precious Cole.

The setting of the village of Near is so eerie and creepy, and that coupled with the descriptions of the moor gave me such a vivid image in my head I felt like I could almost smell the grass!

This book deals with superstitions, witches, community mindset (for better or worse), seclusion and society expectations.

The whole effect of the book was dreamlike; Cole and his blurred edges, the singing wind, the darkness.. it all gave me the feeling of when you're half asleep and you're not sure what is real.

This book is fantastic in itself but the fact that it was Schwab's debut novel and she wrote it at the age of 19 just makes me even more in awe of her. She is a born writer and I absolutely love all of her work.

Laura Fenwick
5,0 sur 5 étoiles Loved it.
Commenté au Royaume-Uni le 30 octobre 2021
Achat vérifié
This was honestly wonderful. I adore Schwab’s style of writing in this. I love the steady, easy rhythm of the writing and the beautiful imagery, describing the rolling moors and the howling wind and darkness of the nights.

Lexi, our young hero, is a force to be reconned with. She struggles to do what she feels is right due to the men of Near who overlook and belittle her, trying to control her. This was in utter contrast to how she was treated by the women around her, and I loved how those who knew her best encouraged her to be true to herself.

Schwab’s story of Lexi’s hunt for the truth seems to effortlessly take us through a whirlwind of emotions; anger, fear, faith, love and desperation, to name a few, with the help of a well rounded supporting cast, including my favourites; Magda and Dreska, to my least favourite; Tyler.

The Girl With the Plants and Books!
5,0 sur 5 étoiles This woman can do no wrong!
Commenté au Royaume-Uni le 24 septembre 2020
Achat vérifié
After tearing through the City of Ghosts and Tunnel of Bones, my youngest bookworm was desperate to try another Victoria Schwab book. Because I wasn't quite sure how appropriate the Dark Shadow series would be for her (she is nearly 12 but with a reading age of 15) I went for The Near Witch instead.
As I expected, she devoured this and absolutely loves it. I don't quite know what it is about Schwab but she just seems to have the magic touch with her stories and style.
En lire plus

5,0 sur 5 étoiles This woman can do no wrong!
Commenté au Royaume-Uni le 24 septembre 2020
After tearing through the City of Ghosts and Tunnel of Bones, my youngest bookworm was desperate to try another Victoria Schwab book. Because I wasn't quite sure how appropriate the Dark Shadow series would be for her (she is nearly 12 but with a reading age of 15) I went for The Near Witch instead.
As I expected, she devoured this and absolutely loves it. I don't quite know what it is about Schwab but she just seems to have the magic touch with her stories and style.

Kaz
3,0 sur 5 étoiles Good enough read, but disappointing ending
Commenté au Royaume-Uni le 12 janvier 2021
Achat vérifié
I would have given this book 4 stars if not for the end. A good enough story, well constructed and written, albeit not of the most profound or analytical. But the end comes rather suddenly. It is rushed, somewhat incoherent (how did some of the characters left behind get back before the one who ran ahead of the group?) and a little confused, with new questions emerging but no answer coming, nor are the questions raised from the start of the book resolved either. Before you know it, it's all over and all is well that ends well. That's it, folks! Oh, really? Just like that? OK...
En lire plus
Signaler un abus
Traduire les commentaires en Français
Afficher tous les commentaires
Retour en haut
Pour mieux nous connaître
Gagnez de l'argent
Moyens de paiement Amazon
Besoin d'aide ?
© 1996-2022, Amazon.com Inc. ou ses affiliés