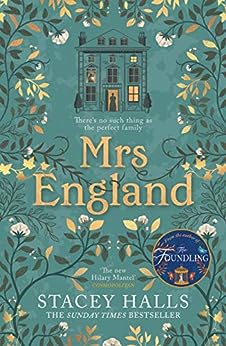 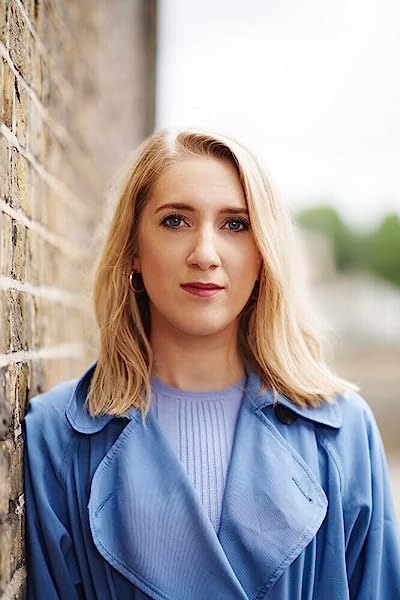 Mrs England: The captivating new Sunday Times bestseller from the author of The Familiars and The Foundling (English Edition) Format Kindle

'Something's not right here.'
I was aware of Mr Booth's eyes on me, and he seemed to hold his breath. 'What do you mean?'
'In the house. With the family.'

West Yorkshire, 1904. When newly graduated nurse Ruby May takes a position looking after the children of Charles and Lilian England, a wealthy couple from a powerful dynasty of mill owners, she hopes it will be the fresh start she needs. But as she adapts to life at the isolated Hardcastle House, it becomes clear there's something not quite right about the beautiful, mysterious Mrs England.

Distant and withdrawn, Lilian shows little interest in her children or charming husband, and is far from the 'angel of the house' Ruby was expecting. As the warm, vivacious Charles welcomes Ruby into the family, a series of strange events forces her to question everything she thought she knew. Ostracised by the servants and feeling increasingly uneasy, Ruby must face her demons in order to prevent history from repeating itself. After all, there's no such thing as the perfect family - and she should know.

Simmering with slow-burning menace, Mrs England is a portrait of an Edwardian marriage, weaving an enthralling story of men and women, power and control, courage, truth and the very darkest deception. Set against the atmospheric West Yorkshire landscape, Stacey Halls' third novel proves her one of the most exciting and compelling new storytellers of our times.

'Mesmerising, entrancing, a spellbinding novel of emotion and mystery, a heroine caught in an impossible world of twists, turns and lies. Gripping to the very last page' Kate Williams

Stacey Halls was born in 1989 and grew up in Rossendale, Lancashire. She studied journalism at the University of Central Lancashire and has written for publications including the Guardian, Stylist, Psychologies, the Independent, the Sun and Fabulous. Her first book, The Familiars, was the bestselling debut hardback novel of 2019, won a Betty Trask Award and was shortlisted for the British Book Awards' Debut Book of the Year. --Ce texte fait référence à l'édition paperback.

AmazonCustomer
5,0 sur 5 étoiles Brilliant!
Commenté au Royaume-Uni le 3 juillet 2021
Achat vérifié
I’m completely and utterly in love with the way Stacey Halls writes, her words float off the page and it makes the whole reading experience divine. To the story itself, I enjoyed the characters massively, especially Ruby and Decca. The pace of the book was great and built up enough tension to keep me intrigued and interested in the story. Each time I reached for the book I was excited about what would happen next! If you haven’t yet read her two previous books, I would highly recommend doing so as they are also fabulous reads.
En lire plus
22 personnes ont trouvé cela utile
Signaler un abus
Traduire les commentaires en Français

Bristol Book Blogger 📚📖📓
4,0 sur 5 étoiles Beautifully written
Commenté au Royaume-Uni le 18 juin 2021
Achat vérifié
I bought this on the spur of the moment as it was advertised as a historical thriller. Though there isn't much in the way of suspense or tension there are a few red herrings and a couple of twists. The writing itself is superb and the historical accuracy and characterisation excellently woven together. I liked the author's note at the end too, as a Bristolian I love learning new things about my home city. All in all I found this a slow going but beautifully written novel that would suit anyone who enjoys domestic chillers and historical fiction.
En lire plus
20 personnes ont trouvé cela utile
Signaler un abus
Traduire les commentaires en Français

Deborah
5,0 sur 5 étoiles Beautifully written and so atmospheric…
Commenté au Royaume-Uni le 10 juillet 2021
Achat vérifié
I know the moors, woods and waterfalls where this novel was written and set like the back of my hand and the author captures it in a way that very few writers do, totally nailing it. I could smell the damp earth, the slippery bridges under my boots and the fern strewn undergrowth brushing at my legs. A fantastic piece of story telling. Her books get better and better.
En lire plus
16 personnes ont trouvé cela utile
Signaler un abus
Traduire les commentaires en Français

Hyancinth
5,0 sur 5 étoiles Wonderful
Commenté au Royaume-Uni le 23 juin 2021
Achat vérifié
What a read.
The characters just leap out at you.
You can smell the dust of London and almost grasp the freshness of the North.
This is a no put down read.
YOU will enjoy
Thank you for the enjoyment
En lire plus
14 personnes ont trouvé cela utile
Signaler un abus
Traduire les commentaires en Français

M. Dowden
3,0 sur 5 étoiles I Was Expecting Better
Commenté au Royaume-Uni le 2 octobre 2021
Achat vérifié
The only other Stacey Halls book I have read before was her first The Familiars, which I really enjoyed; however, I did not think that this present book came up to the same standard. As with another book I read this has gas in the home, but we are talking about a period when gas was mainly a town and city fuel due to the cost of laying pipes and so on, so it is not likely that the England home, located where it is would have had such lighting, although as we later see in the book this has been used as a plot device, although one that sits uncomfortably with readers who know about the history of the period, and becomes annoying in some ways.

The story itself, which takes us to a home where there are certainly troubles beneath the surface lacks the atmosphere that you would naturally get, one that you could cut a knife with, which is a disappointment in and of itself. In a number of ways, I did think of the great 19th Century invention of sensation novels, but in this case inverted somewhat, and those familiar with the genre will instantly know what I mean. We can clearly see that Miss May, the nurse and main character has had problems in her own life, and these are revealed in flashbacks as we progress through the tale. As we follow the story we do come in for a few surprises as we try to work out what is the problem between Mr and Mrs England, because we can see certain elements of the problem, but not the full and exact reasons until near the end, which is good enough and does keep you reading.

From the book blurb I was to be honest expecting something a bit more gothic, and also brooding, but we end up with perhaps something more like a poor attempt at a Brontë novel, and it does have to be admitted that this clearly shows and thus takes away some of the elements and enjoyment of the tale as we have read similar before, causing this to have a feeling of staleness throughout. I know that a lot of people really enjoyed this, but to my mind this is not something that new and original, and although well enough written cannot compare with some other stories, plus this does not have the power like for instance the first novel I read by this author. At the end of the day this just lacks the drive and power that it could have been given, and thus becomes somewhat mediocre.
En lire plus
2 personnes ont trouvé cela utile
Signaler un abus
Traduire les commentaires en Français
Afficher tous les commentaires
Retour en haut
Pour mieux nous connaître
Gagnez de l'argent
Moyens de paiement Amazon
Besoin d'aide ?
© 1996-2021, Amazon.com, Inc. ou ses filiales.