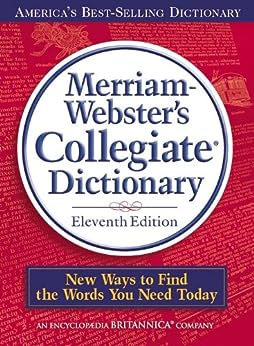 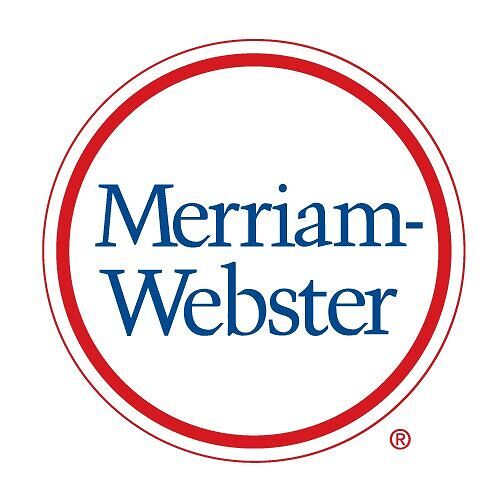 As the world rushes on, so does the time taken for words to become accepted. It used to be at least ten years before a new word was considered for inclusion; now it may take as few as four years. M-W staff certainly have become the purveyors of the words that we use. Terms added to this edition include Botox, comb-over, crunch-exercise, dead-cat bounce, dead presidents, dead tree, def, exfoliant, gimme cap, identity theft, phat, and tweener. As would be expected, some entries had to be eliminated because words are invented faster than they go out of favor. Anyone seeking definitions of record changer and pantdress will need an unabridged or older dictionary.

M-W still includes separate sections for geographical and biographical names, but abbreviations are now interfiled in the main section. Perhaps the next edition will interfile the other two sections.

Criticisms of the eleventh edition are mostly cosmetic. The use of photographs and shaded boxes for usage notes would make it more attractive to users. There are, however, more than 200 new black-and-white line drawings. The Col legiate Dictionary's closest competitor, the American Heritage College Dictionary (4th ed.), published last year, makes good use of photographs and illustrations in the margins. It contains a number of words (gangsta, goth) that are also new to this edition of M-W.

The online version has a number of search options, including a reverse dictionary (if you can think of the correct words), the etymology of words, and those that are the same part of speech. The most interesting option is the date feature. Paging through the words attributed to a particular year is a definite retrospective of recollections. Words of 1980 include balsamic vinegar, exit poll, NIMBY, and ziplock. An improvement to the online version would be a search button so the back button doesn't need to be used as much. It would be less cumbersome if the illustrations were included with the definitions rather than requiring another click. Because the one-year free subscription to the online version is only mentioned on the dust jacket, some users will fail to see it. Unfortunately, the free subscription is not available free to libraries or schools. One wonders if the CD-ROM is really necessary because it provides only basic searching.

For serious dictionary collections and fans of dictionaries from this venerable publisher, now in partnership with Britannica, the eleventh edition is a definite buy. With a list price of $25.95, it is a bargain for individuals. Libraries with limited budgets that purchased the American Heritage College Dictionary in 2002 may not need another college dictionary this year. RBB
Copyright © American Library Association. All rights reserved --Ce texte fait référence à l'édition kindle_edition.

This version of Merriam-Webster's Collegiate Dictionary, Eleventh Edition, is burgundy leather-look, and thumb-notched. For this new edition, America’s largest staff of lexicographers made more than 100,000 changes and added more than 10,000 new words and senses, such as 'convergence', 'Frankenfood', 'phat', 'psyops', and 'vermiculture'. The Eleventh Edition, with over 225,000 definitions, also features more than 40,000 usage examples — more than ever before — which clarify confused or disputed terms. Additionally, thousands of phrases and idioms help distinguish vocabulary for language learners. Special sections include A Handbook of Style, An Essay on the English Language, and Signs and Symbols. Over 55 million copies of Merriam-Webster's Collegiate Dictionary have been sold, spanning a time period of over 100 years. Included is a WIN/MAC CD of the dictionary that installs easily on a hard drive for instant accessibility, and boasts dozens of search options. It also includes a free one-year subscription to Merriam-WebsterCollegiate.com, a new website with audio pronunciations and full, searchable texts of Merriam-Webster's Collegiate Dictionary, Collegiate Thesaurus, Collegiate Encyclopedia, and Spanish-English Dictionary. --Ce texte fait référence à l'édition kindle_edition.

"A host of fashionable words and modern jargon, such as frenemies and staycations, has been added to America's most venerable dictionary...It will provide fresh reading for those on staycation (holidays at home) and may even compel some to vlog (video blog) about their introduction to new words...Given the influence American popular culture has around the world, it is likely that some of the new terms will enter into common British parlance before too long."
--The Daily Telegraph, 10 July 2009 --Ce texte fait référence à l'édition kindle_edition.
En lire plus

Tinribs
5,0 sur 5 étoiles BETTER THAN ENCYCLOPEDIAS ?
Commenté au Royaume-Uni le 11 décembre 2014
Achat vérifié
This dictionary is first class. It makes clear distinctions such as "boffin -- origin unknown --- chiefly Brit" --- "A large uncleared or sparsely settled area (as in Australia)" and "isolated rural country esp. of Australia". Because it is published in the USA it is not surprising to find occasional entries such as "BSA Boy Scouts of America" -- Birmingham in England having apparently escaped the editor's notice which in otther respects is unexceptionable.

Since I came across an earlier edition of this book many years ago, I have used the Merriam-Webster Collegiate Dictionary for my own research in preference to encyclopedias and to complement on-line searching.
En lire plus
4 personnes ont trouvé cela utile
Signaler un abus
Traduire les commentaires en Français

Only one comment:
The license agreement of the CD is NOT customer-oriented (to avoid the word "avaricious").

I would like to install this helpful dictionary on both, my desktop AND on my laptop, but unfortunately, this is not possible since the license allows only one installation (even if I use only one at a time).

Thus, if Webster-people should read this here: please change the license from one to two devices. Why? e.g. to get the 5th star ... ;-)
En lire plus
Signaler un abus
Traduire les commentaires en Français

Oscar Cassetti
5,0 sur 5 étoiles Great dictorinary for college students
Commenté au Royaume-Uni le 5 octobre 2010
Achat vérifié
First of all this is an English-American dictionary. If you are looking for UK-English dictionary you should consider other alternatives. This dictionary is extremely well done. It includes loads of example an references. For almost each word there is one or more sentences to explain the use of the word. Similar words to the one searched are also listed. It's great for college students who need to write reports and thesis. Although nowadays you can use many on line dictionaries the paper version of this one is much handier because of the number and the quality of examples.
I'd really suggest you this dictionary if you are writing technical documents.
En lire plus
Une personne a trouvé cela utile
Signaler un abus
Traduire les commentaires en Français