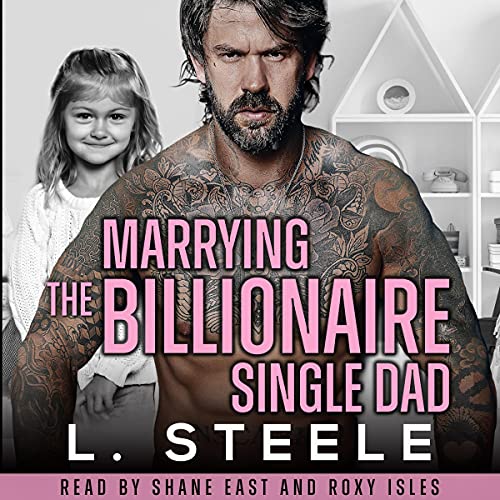 Never fall for the bad boy....

Damian Savage, the billionaire rockstar with the killer abs, aka the ultimate dream guy in a six-foot-five, sculpted-chest, freaking macho package.

Who haunts the dreams of half the female population, ugh!

He's also the kind of arrogant, self-important man I avoid, in real life.

But that smirk of his? OMG, swoon.

So I may have stalked his social media accounts, don't judge.

A lowly nanny like me? I didn't feature on his radar at all...until I run into him at a party. And ask him to spend the night with me.

What was I thinking?

I could then return to my boring life.

Only it didn't work out that way.

Next day, I report to my new boss - a gazillionaire who needs a nanny to take care of his child. Guess who that turns out to be? I turn down the job, of course;

So he offers me a million pounds per day to be his *hold your breath* muse.

What's a girl to do when faced with a 100% potent growly hunk like him? Gulp. Not to mention that I needed the money to pay my debts...I say yes.

Thisis Damian and Julia's story. An enemies-to-overs, single-dad, fake-marriage romance. Featuring a grumpy, possessive, billionaire rockstar and the sassy nanny who challenges him to take a chance on love! Buy now!

KMW
5,0 sur 5 étoiles Loved it!
Commenté au Royaume-Uni le 25 février 2021
Achat vérifié
What a rollercoaster! I love this series and read the first three books all in one go last christmas, so was waiting very impatiently for Damien and Julia's story and it doesn't disappoint. Damien keeps you on your toes as you follow his journey with Julia - and Julia is strong enough to make sure he comes back into the light . I received an ARC so I could leave an honest review but ended up buying a copy to go with the rest of the Alphaholes permanently! I have wait now for Arpad and Katrina's story - Boo !
My only minor issue was the abbreviations used in certain parts of the book - I knew what they were but others may not have a clue.
En lire plus
2 personnes ont trouvé cela utile
Signaler un abus
Traduire les commentaires en Français

Rachel
5,0 sur 5 étoiles Brilliant book ,must read !
Commenté au Royaume-Uni le 19 février 2021
Achat vérifié
Absolutely brilliant ! Laxmi does it again. Here we have Damien the rockstar , cynical,burnt out , shutting everyone out , along comes Julie ( thanks to interference from a fellow member of the 7) and sparks fly from the first moment they set eyes on each other. Hot as heck ,twice as steamy , both fight the attraction for different reasons . Damien is hiding an awful secret ,Julie is determined to break through his barriers , between the 7 and their women neither stand a chance . Will they get their HEA ! Hold onto your knickers and read on. ....you won't be disappointed !
En lire plus
2 personnes ont trouvé cela utile
Signaler un abus
Traduire les commentaires en Français

Amazon Customer
4,0 sur 5 étoiles And another one bites the dust....pun intended 🤔😉
Commenté au Royaume-Uni le 23 avril 2022
Achat vérifié
Absolutely loved this book. I have laughed and cried and cried and then cried again!! It's the most intense of the books and the twist....you just wouldn't have guessed!!! There are again lots of silly mistakes that should have been picked up, by the editing, proof reading team, which is why...yet again....that I've marked it four out of five stars. The story is so good that you can also forgive the fact that the sex is just a little more of the same in all of the books, but this time there were enough slight differences that you'd be forgiven to think that it's completely different!! Yet again, I would definitely recommend this book, unless the reader is under 18 or a prudish individual!! These books really aren't for the faint at heart types!! It also makes you think that it's time to buy shares for Ann Summers 🤦🙊😂😂 So if you don't mind some real get down and dirty sex, trust me in this, this is the book or rather, these are the books you're looking for!!
En lire plus
Signaler un abus
Traduire les commentaires en Français

Katie
3,0 sur 5 étoiles An ok-ish book
Commenté au Royaume-Uni le 11 avril 2022
Achat vérifié
I have loved this series and up to now have given five stars. I didn't like Damian and wasn't over keen on Julia either. I wouldn't say this story is essential to the series as the Mafia connection is only mentioned briefly. I do love that all the central characters keep appearing in these books.
En lire plus
Signaler un abus
Traduire les commentaires en Français