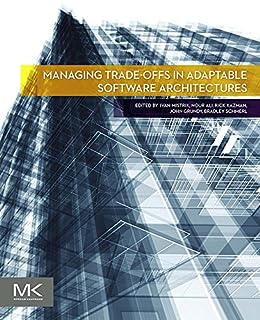 In the past 40 years, he has been primarily working at various R&D institutions and has done consulting on a variety of large international projects sponsored by ESA, EU, NASA, NATO, and UN. He has also taught university-level computer sciences courses in software engineering, software architecture, distributed information systems, and human-computer interaction. He is the author or co-author of more than 80 articles and papers in international journals, conferences, books and workshops, most recently a chapter Capture of Software Requirements and Rationale through Collaborative Software Development, a paper Knowledge Management in the Global Software Engineering Environment, and a paper Architectural Knowledge Management in Global Software Development.

Bradley Schmerl is a Senior Systems Scientist in the School of Computer Science at Carnegie Mellon University, USA. He has been involved in research in self-adaptive systems for over 20 years, starting with his Ph.D. at Flinders University in South Australia, which investigated using configuration management techniques to manage dynamically changing systems. He was a Lecturer at Flinders University and an Assistant Professor at Clemson University in South Carolina before joining CMU in 2000. At CMU he has been involved in research using software architecture models as a basis for reasoning about self-adapting systems, including using utility theory to select appropriate strategies that balance multiple quality and business priorities. --Ce texte fait référence à l'édition paperback.