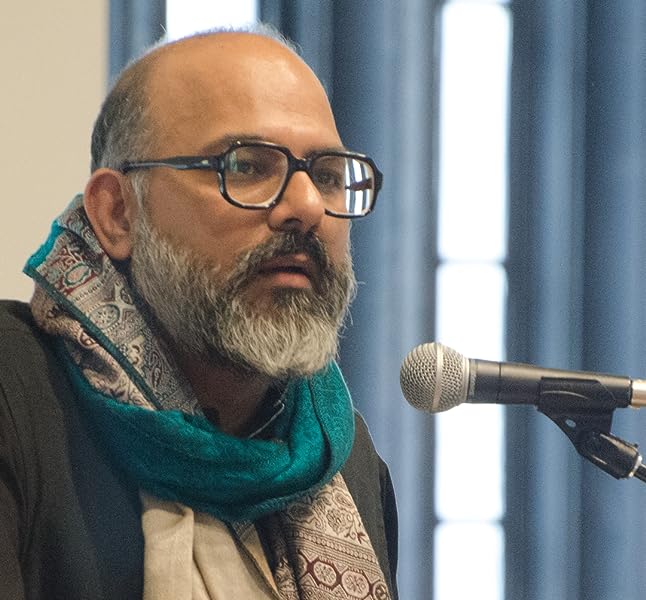 The Loss of Hindustan: The Invention of India Relié – 27 novembre 2020

Shortlisted for the Cundill History Prize

A field-changing history explains how the subcontinent lost its political identity as the home of all religions and emerged as India, the land of the Hindus. Did South Asia have a shared regional identity prior to the arrival of Europeans in the late fifteenth century? This is a subject of heated debate in scholarly circles and contemporary political discourse. Manan Ahmed Asif argues that Pakistan, Bangladesh, and the Republic of India share a common political ancestry: they are all part of a region whose people understand themselves as Hindustani. Asif describes the idea of Hindustan, as reflected in the work of native historians from roughly 1000 CE to 1900 CE, and how that idea went missing. This makes for a radical interpretation of how India came to its contemporary political identity. Asif argues that a European understanding of India as Hindu has replaced an earlier, native understanding of India as Hindustan, a home for all faiths. Turning to the subcontinent's medieval past, Asif uncovers a rich network of historians of Hindustan who imagined, studied, and shaped their kings, cities, and societies. Asif closely examines the most complete idea of Hindustan, elaborated by the early seventeenth century Deccan historian Firishta. His monumental work, Tarikh-i Firishta, became a major source for European philosophers and historians, such as Voltaire, Kant, Hegel, and Gibbon during the eighteenth and nineteenth centuries. Yet Firishta's notions of Hindustan were lost and replaced by a different idea of India that we inhabit today. The Loss of Hindustan reveals the intellectual pathways that dispensed with multicultural Hindustan and created a religiously partitioned world of today.
En lire plus
Previous page
Next page

Ritwik rathod
3,0 sur 5 étoiles Lost title....
Commenté en Inde le 19 décembre 2020
Achat vérifié
Description and title of this book is completely misguiding one.... This book appears as it describe about how the civilisation that is hindustan was lost and india a nation emerge during colonial rule....
Where as in actual it revolves around ferishta and other medieval historian and history writing of medieval india in arab and Persian....
I recommend this to history professional but not for other enlightened reader who seeks some concept or idea....
En lire plus
29 personnes ont trouvé cela utile
Signaler un abus
Traduire les commentaires en Français

Indrajit
5,0 sur 5 étoiles Compelling presentation of a point of view
Commenté en Inde le 15 mai 2021
Achat vérifié
It is impressive that the author managed to carry me along in spite of my disagreement with his essential core thesis - that the idea of 'Hindustan', evolved over centuries of seeking definition for the spirit of the land, should have been so roughly jettisoned, and that of 'India', familiar only to the Europeans who followed closely behind da Gama, held up and finally imposed on the mental battlefields of every one. I will not go into the specifics, as those are best read from the book, but in spite of my continued reservations, I was thoroughly impressed at the way arguments have been marshalled, arrayed and deployed.
A worthwhile read.
En lire plus
6 personnes ont trouvé cela utile
Signaler un abus
Traduire les commentaires en Français

Amazon Customer
5,0 sur 5 étoiles Amazing Research by Author, Dr. Asif
Commenté aux États-Unis le 16 mai 2021
Achat vérifié
Very well researched by this Columbia University professor! It makes it possible for us to understand that how British East India Company, in its own vested interests, facilitated English academics to rewrite the history of traditional Hindustan turning into a new modern India. This British enterprise laid the basis for a new misleading interpretation of modern Indian history that helped British masters because this new historiography showed Hindus and Muslims as perennial enemies rather than partners and collaborators of past thousand years of shared achievements and sufferings. The diverse plural history of Hindustan was replaced by a new history that helped British consolidate their hold, divide Hindus and Muslims, turn them into enemies, a tragedy that kept multiplying. This helped the British East India Company and later the British Crown to become saviours first to Hindus and then to Muslims who looked towards British for protection and security. Now this narrative has been adopted by right wing forces of Hindutva, RSS and its progeny, BJP who are destroying the secular character of Indian society. Very Important book, but needs a background of Indian history to understand.
En lire plus
Signaler un abus
Traduire les commentaires en Français
Afficher tous les commentaires
Retour en haut
Pour mieux nous connaître
Gagnez de l'argent
Moyens de paiement Amazon
Besoin d'aide ?
© 1996-2021, Amazon.com, Inc. ou ses filiales.