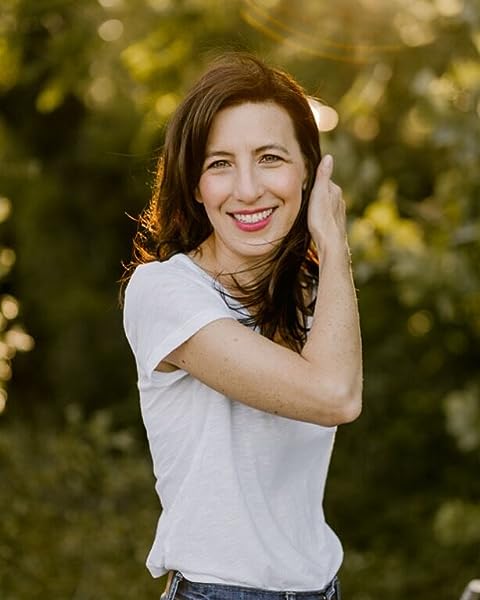 A heart to protect. A debt to repay. A game to win.

After being swept up in the magical world of Caraval, Donatella Dragna has finally escaped her father and saved her sister Scarlett from a disastrous arranged marriage. The girls should be celebrating, but Tella isn't yet free. She made a desperate bargain with a mysterious criminal, and what Tella owes him no one has ever been able to deliver: Caraval Master Legend's true name.

The only chance of uncovering Legend's identity is to win Caraval, so Tella throws herself into the legendary competition once more--and into the path of the murderous heir to the throne, a doomed love story, and a web of secrets...including her sister's. Caraval has always demanded bravery, cunning, and sacrifice. But now the game is asking for more. If Tella can't fulfill her bargain and deliver Legend's name, she'll lose everything she cares about--maybe even her life. But if she wins, Legend and Caraval will be destroyed forever.

Welcome, welcome to Caraval...the games have only just begun.

Stephanie Garber loves Disneyland because it's the one place on earth where she feels as if the fantastical stories she loves to write about could actually come to life. She is the #1 New York Times and internationally bestselling author of the Caraval series and Once Upon a Broken Heart. Her work has been translated into over thirty languages.
Commencez à lire Legendary sur votre Kindle en moins d'une minute.

Alhambra
2,0 sur 5 étoiles Way too mesy
Commenté en France le 10 mai 2020
Achat vérifié
The main character is way more compelling than the one in the first book, but the plot isn't logical. It wants to achieve too many things at the same time, and half of the intrigue wasn't even set up in the first book which made the story hard to believe.
En lire plus
Utile
Signaler un abus
Traduire les commentaires en Français

Claire Flynn
5,0 sur 5 étoiles Beautifully written with a captivating story, this was just such a magical read.
Commenté au Royaume-Uni le 7 juillet 2021
Achat vérifié
I still cannot get over how good this book is first time around i loved it, second time around it's for sure one of my all time favourites! Tella is just such a fantastic character she's seriously such a brave and determined character and I couldn't get enough of her story, and the fact that the fates are in here too just made this all the more fantastic and slightly sinister.

I really loved Caraval even more upon re-read but everything about Legendary is just so much more, more magical, more mysterious, more dangerous and much more is at stake. I love Tella and Dante and I cannot wait to see how this will all end and I'm so intrigued to see more of the fates as they can only get more wicked. Beautifully written with a captivating story, this was just such a magical read.

JCH
3,0 sur 5 étoiles Good ideas but.....
Commenté au Royaume-Uni le 13 août 2018
Achat vérifié
My thoughts on Legendary are very similar to those on Caraval. The strongest aspects of the book are the ideas which underpin the plot, whereas I feel the actual writing can fall flat in place, and I found the ending of Legendary even more muddled than Caraval. We're meant to believe that the two sisters would do anything for each other, and yet the few interactions between them are stilted and often unfriendly. Some of the descriptive writing is a little repetitive, for example there is not only reference to a 'buttery' sunset, but also to buttery cushions, and buttery leather. Despite my frustrations, I'll certainly look out for the third installment as the underlying story is worth reading.
En lire plus
9 personnes ont trouvé cela utile
Signaler un abus
Traduire les commentaires en Français

Carly
5,0 sur 5 étoiles Incredible series
Commenté au Royaume-Uni le 1 avril 2020
Achat vérifié
After blitzing Caraval I needed to continue this series, and Legendary was just as amazingly awesome. It had drama, action, romance, intrigue and mystery and not to mention magic! It was everything a fantasy book lover craves.

The story focuses on Tella, and how she is searching for her mother. She enters another Caraval game, however rumours suggest that this time it may not just be a game of performance, but a game with real affects. With everything to play for including her life, Tella needs to be bold and make some tough decisions.

This book series is just incredible and it keeps on getting better! I cannot get enough of this fictional world and all of the characters that come with it. It is extremely well written, with lots of unexpected twists, and I am extremely excited to read Finale.

This series is perfect for all those who love fantasy books and want to read something that is pure escapism. You are guaranteed to get completely hooked and addicted.

I don’t want to say too much as I do not want to spoil or ruin this series for anyone, but give them a go!
En lire plus
Signaler un abus
Traduire les commentaires en Français

Joanne
5,0 sur 5 étoiles LOVED IT!
Commenté au Royaume-Uni le 31 mai 2019
Achat vérifié
Well I don't know what to believe anymore! Caraval was amazing and full of such wonder and magic but Legendary has stepped up a level into oblivion. Who knows what's actually real?

I loved how this book explored Caraval through Tella's eyes as she played the game this time instead, so different from her sister and compared to the Tella we saw in Caraval. The introduction of a new character, Jacks, was absolutely brilliant and I thoroughly enjoyed reading his interactions with Tella. I didn't know what to make of Dante in this book and I still don't know.

I feel like I'm lost in a cloud of Caraval confusion and don't know who to trust anymore, but I'm so excited to read the third and final book and hopefully get some answers! It was great to get more of a back story on the two sisters and learn more about their mother.

It was exciting to read and I love the twists and turns the story took - pure spirit of Caraval!
En lire plus
Signaler un abus
Traduire les commentaires en Français

Lois Carr
4,0 sur 5 étoiles Intense, Dramatic, Suspenseful
Commenté au Royaume-Uni le 8 septembre 2020
Achat vérifié
‘Legendary’ is the second instalment in the ‘Caraval’ series and I loved it so much. I didn’t find it as fast-paced and addictive as the first book but it was good in its own way.

The story this time was told from Tella’s point of view and this was an interesting change. At first this put me off slightly as I loved reading as Scarlett but I ended up enjoying Tella’s view a lot.

There are lots of different plot points and new characters introduced which added so much more mystery and intrigue to the storyline. At this point we’re still not sure who Legend is and the book kept me guessing the whole way through.

‘Legendary’ is intense, dramatic and suspenseful and I’m completely in love with every character. I can’t wait to read the final instalment and find out what happens!
En lire plus
Signaler un abus
Traduire les commentaires en Français
Afficher tous les commentaires