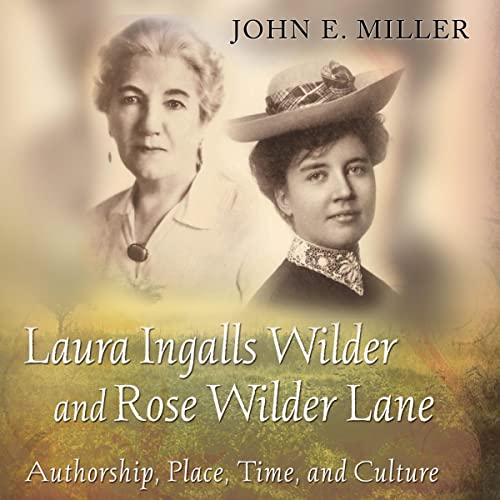 The mother-daughter partnership that produced the Little House books has fascinated scholars and readers alike. Now, John E. Miller, one of America’s leading authorities on Laura Ingalls Wilder and Rose Wilder Lane, combines analyses of both women to explore this collaborative process and shows how their books reflect the authors’ distinctive views of place, time, and culture. Along the way, he addresses the two most controversial issues for Wilder/Lane aficionados: How much did Lane actually contribute to the writing of the Little House books, and what was Wilder’s real attitude toward American Indians?

These nine thoughtful essays expand the critical discussion on Wilder and Lane beyond the Little House. Miller portrays them as impassioned and dedicated writers who were deeply involved in the historical changes and political challenges of their times - and contends that questions over the books’ authorship do not do justice to either woman’s creative investment in the series. Miller demystifies the aura of nostalgia that often prevents modern audiences from seeing Wilder as a real-life woman, and he depicts Lane as a kindred artistic spirit, helping listeners better understand mother and daughter as both women and authors.

“This book should be read by any interested in a snapshot of the major issues addressed in Wilder scholarship.” (American Studies)

“Scholars of Wilder’s and Lane’s work and fans of the Little House series alike will undoubtedly find Miller’s collection of essays enjoyable and informative.”(Western Historical Quarterly)

“Readers will come away from this study with a deeper understanding of Wilder, Lane, their relationship, and how time, place, and culture deeply shaped their writing and many shared philosophies.” (Great Plains Quarterly)