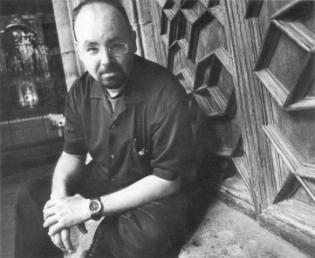 The Labyrinth of the Spirits: From the bestselling author of The Shadow of the Wind CD – Version intégrale, 18 septembre 2018

Zafón is a master storyteller, combining the postmodern and the traditional in an enchanting hymn to literature... Magnificent: a dizzying tale of drama, intrigue and passion

A colossal, genre-crossing achievement... it is to be hoped that Zafon's next books deal as seriously and enjoyable with the present and future of Barcelona. (Guardian)

Moving and engaging. This is a novel to lose oneself in, and it promotes the sort of reading experience we remember from childhood - of complete absorption into a fantasy world (Irish Times)

Neither too geeky nor too highbrow, Zafon's genre-mashing novels provide a high-definition, alternative account of Spain's turbulent 20th-century history, with added Hollywood blockbuster thrills. I was hooked. (Daily Mail)

This is a suspenseful story of loss, betrayal and redemption. (Independent)

By the author of the brilliant Shadow of the Wind, this is a good long read to relish on chilly winter evenings. (Saga)

CARLOS RUIZ ZAFÓN (1964-2020) was the author of eight novels, including the internationally bestselling and critically acclaimed Cemetery of Forgotten Books series: THE SHADOW OF THE WIND, THE ANGEL'S GAME, THE PRISONER OF HEAVEN and THE LABYRINTH OF THE SPIRITS.
His work, which also includes prizewinning young adult novels, has been translated into more than fifty languages and published around the world, garnering numerous awards and reaching millions of readers.

Daniel appears in Foyle's War for itv as series regular Adam Wainwright. His many other television appearances include Poirot, Midsomer Murders and Dunkirk. He was nominated for Best Performance in a Play at the TMA Awards for his portrayal of Nicholas Nickleby which played at Chichester Festival Theatre, in the West End and in Toronto. His first professional job was at the Donmar Warehouse in The Vortex directed by Michael Grandage. He has recorded many audiobooks and was included in the ALA's Listen List 2013 for outstanding narration.
Commencez à lire The Labyrinth of the Spirits sur votre Kindle en moins d'une minute.

George
4,0 sur 5 étoiles A beautiful conclusion
Commenté en France le 28 juillet 2019
Achat vérifié
Finally the circle closed.After the previously written books the author puts an end to the story of the family of his protagonist.
Having read the whole saga I believe that the first book the shadow of the wind was the best,perhaps because it introduced us in the magic world of Barcelona and Spain or because as it was something different from what we were used to read from Spanish authors,it is difficult to say,nevertheless the author kept his high standards through his four books and concluded in a beautiful and nice way.The book can be read on its own but it is better to read all four in the sequence presented by its author.
En lire plus
Utile
Signaler un abus
Traduire les commentaires en Français

Victoria
5,0 sur 5 étoiles A hundred stars wouldn't be enough.
Commenté au Royaume-Uni le 5 novembre 2018
Achat vérifié
Shadow of The Wind is my favourite book of all time. I’ve read all of Zafon’s work, but nothing has come remotely close to Shadow....until now.

The Labyrinth of the Spirits is the fourth and final book in the Cemetery of Forgotten Books series, and it’s a very strong ending to the intertwined stories of literary intrigue and complex characters. I don’t want to give away any of the plot - I didn’t know much going into it, and I’m glad, because this story had more layers than an onion, and it was a magical experience to be able to peel them away one by one. All of the characters from previous books feature in the story - Daniel, Bea, little Julian, old Sempere, Isaac, many of their neighbours from Shadow, Carax, and of course the absolutely wonderful Fermin Romero de Torres, who has to be one of the funniest and warmest characters ever created. I would have liked a little more Daniel and Bea if I'm honest. There are also new characters, led by the tough and enigmatic Alicia Gris, a kind of Lisbeth Salander of times gone by.

It’s a long and complex story set against the dark backdrop of Franco’s Spain. The writing, translated as beautifully as ever by Lucia Graves, is sumptuous and delicious to read (aside from a couple of clunky bits, which I forgive). This book comes a close second to Shadow and I will probably need to read it again.

I’m feeling a little emotional that it’s all over. Might have to go and read Shadow for a ninth time...
En lire plus
45 personnes ont trouvé cela utile
Signaler un abus
Traduire les commentaires en Français

Richard Brown
5,0 sur 5 étoiles Utterly absorbing
Commenté au Royaume-Uni le 14 octobre 2018
Achat vérifié
What a fabulous and absorbing read this novel is. It's 800+ pages have kept me enthralled all week. I read the three preceding volumes in the sequence as they came out, but as years have intervened, my memory of them was hazy. In the event, though it would have been an advantage to remember the back stories to this novel, it didn't matter that much, you can read it independently of the others. My impression is, however, that the earlier books were gentler, more magical, more gothic and whimsical, more mysterious and atmospheric. These qualities in this volume have been replaced, to a certain extent, by a darker, historical realism. The Cemetery of Forgotten Books is a dusty, rather forlorn place now, barely surviving the bombing raids during the civil war, a place of brutal hunts and murders; however, it survives and continues to be the repository of books the world has forgotten, a kind of hidden temple to the rites of art and literature.

The interweaving threads of the story are complex. We begin with the heroine of much of the book, Alicia, being rescued by the inimitable Fermin during a bombing raid, in which she is permanently wounded in the side, carrying her pain wherever she goes thereafter. We meet her again as an adult working during the Franco regime for the political police as an agent, one of the best; but she's had enough and wants out, once she's dealt with a final case. That involves the disappearance of a Government minister, Valls. During her quest to locate Valls she teams up with an incorruptible colleague; she gradually discovers that she's being set up by her own bosses, who turn out to be evil incarnate. It has to be said that the level of cold-blooded violence, involving the extremes of man's inhumanity to man, is deep in this book - no comfort read here! Be prepared for graphic descriptions of torture, murder, suffering.
Alicia is a highly intelligent and resourceful, if enigmatic, agent: it's good to see a woman taking centre stage in this darkly machismo world.

Once she tracks down Valls and uncovers a history of the abuse of children and their families at the highest level of government; once she discovers how Daniel's mother Isabella was murdered; once she dispatches her enemies with cold-blooded ruthlessness, she escapes herself, about two-thirds of the way through the book. There are cliffhangers galore in these pages, surprise after surprise, all brilliantly controlled and written: a visceral thriller. From then on, the focus shifts to Daniel, his quest to find the truth about his family, his relationship with his son Julian. It is Julian who winds up the novel in an interesting episode of meta-fiction that includes the mysterious Julian Carax, co-author, it seems, of the present quartet.

The translation flows like a dream. The whole enterprise is a significant and remarkable, not to say unique, achievement. The kind of book that draws you into it world - dark, funny, tender, mysterious - and never lets you go.
En lire plus
26 personnes ont trouvé cela utile
Signaler un abus
Traduire les commentaires en Français

Fabio A
5,0 sur 5 étoiles No words are enough to truly describe this book
Commenté au Royaume-Uni le 4 octobre 2018
Achat vérifié
This applies to the whole series of The Cementary of Forgotten Books. I started reading them in adolescence, and now in the prime of adulthood, I found myself in tears as I closed the Labyrinth for the 1st time.
Don't even consider it, dear reader.
Buy it. It changed my world. Odds are it'll change tours.
En lire plus
24 personnes ont trouvé cela utile
Signaler un abus
Traduire les commentaires en Français

Amazon Customer
2,0 sur 5 étoiles Disappointing entry in a fantastic series...
Commenté au Royaume-Uni le 18 août 2019
Achat vérifié
The first 3 Cemetery of Forgotten Books novels are some of my favourite books so I was excited to read this long-awaited fourth entry in the series, but unfortunately it was massively disappointing.

The book is overly long (twice the length of Shadow and Angel's Game, and three times the length of Prisoner of Heaven) and it is so slow paced that it is at times a chore to read. There are a number of different plot lines, some of which don't really go anywhere, and three villains who are never developed at all - the likes of Valls and Fumero in previous books were fun to hate while the antagonists in this one are just kind of... there to act menacing/insane for no real reason. The main plot of the missing person is mostly dropped for the last half of the book meaning there is no central focus to drive the story forward and it ends up meandering around creating weird relationships between characters and wrapping up the numerous threads in unsatisfying and sometimes unbelievable ways.

The story jumps around between different viewpoints with little consistency, but the bulk of the book is told from the perspective of Alicia who I found to be rather dull and repetitive. She also isn't developed very well, even though throughout the book she probably had more pages than expertly developed Daniel, David and Fermin had in previous titles, and I found myself not caring what happened tk her and feeling baffled that the other characters cared so much about her fate.

The final 50 pages are a sort of bizarre and lengthy epilogue which tries to tie up the entire series and left me with a sour taste, partly because it was bad and partly because it makes it seem as though this may be the last time we see this world and these characters, and it feels sad to leave it on such a low.
En lire plus
9 personnes ont trouvé cela utile
Signaler un abus
Traduire les commentaires en Français

Barista 1
5,0 sur 5 étoiles Outstanding Finale!
Commenté au Royaume-Uni le 30 novembre 2018
Achat vérifié
Outstanding! This is a magnificent book and brings the series to a fantastic finish. It feels like about five books in one.

It’s a fabulous evocation of a time and place.

It poses deep questions about the things we value and how we should respect them.

It scared me at times and also made me laugh out loud numerous times as the dialogue sizzles with snappy lines throughout.

I have read the previous three books in this series a number of times and read them all again in order to set this fourth instalment up properly.

Shadow of the Wind is one of my all time favourite books and still delights.

The Angels Game was a worthy follow up but veered a bit too far into the fantastical for my taste.

The Prisoner of Heaven was avidly awaited and, while enjoyable, felt a bit as though it had been hurried out to keep us happy. The ending felt like a set up for book 4.

Well Book 4 is like all the previous three combined , but better!

Hard to imagine I know but it is that big and that good. The characters remain marvellous and the feeling for me was that this is the book that was originally envisaged but the other three had to be written first. The ending is perfect and might induce a tear.