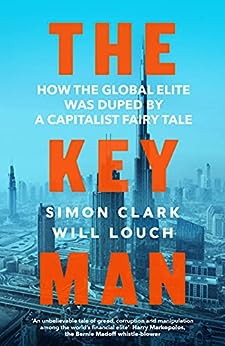 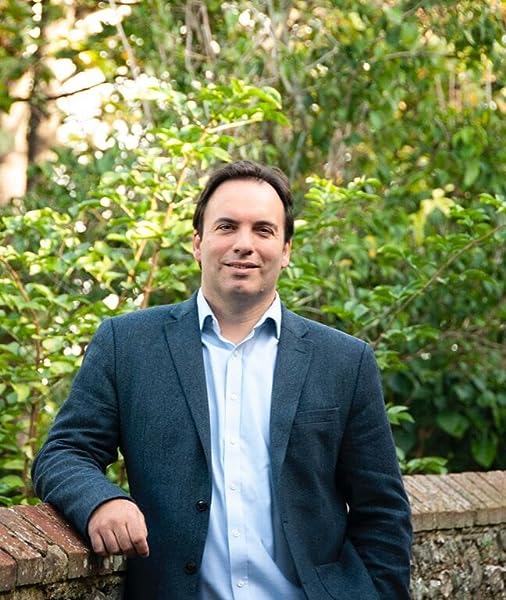 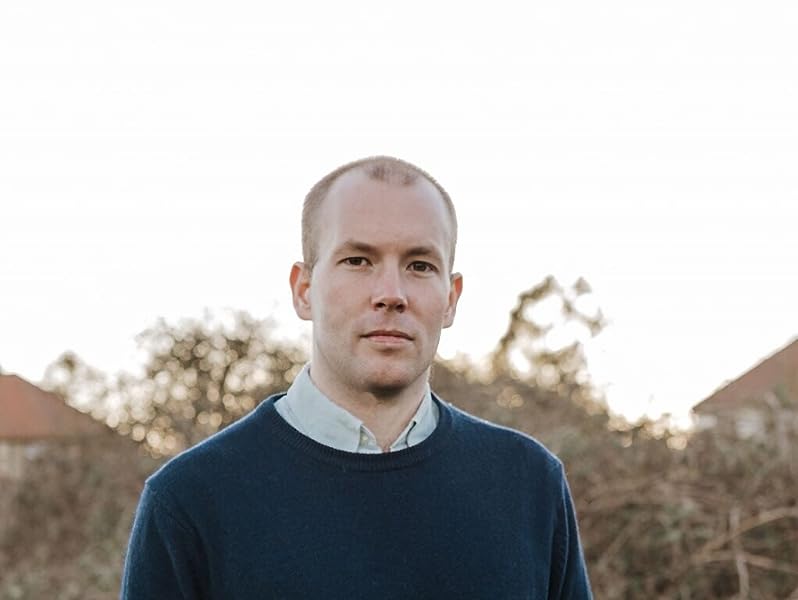 The Key Man: How the Global Elite Was Duped by a Capitalist Fairy Tale (English Edition) Format Kindle

“This splendid cautionary tale lays bare the vulnerabilities of the world of high finance, where even the grandees of Davos were marks for the kid from Karachi, who could, seemingly, simultaneously produce mega-returns for investors and lift up poor people in the Third World—until, as Clark and Louch compellingly recount, he disastrously could not.“ -- John Helyar, coauthor of Barbarians at the Gate

"An unbelievable true tale of greed, corruption, and manipulation among the world’s financial elite and how the World Bank, Bill Gates, and the governments of the US, UK, France, Germany, Norway, the Netherlands, Sweden, and Kuwait fell victim to the world’s largest private equity Ponzi scheme. This guy makes Bernie Madoff look like a saint.” -- Harry Markopolos, the Bernie Madoff whistleblower

“Arif Naqvi separated billionaires and royalty from their wealth by appealing to their private conceit that they had made their billions doing God’s work. The twists and turns of the increasingly desperate effort to raise funds to protect Arif’s reputation and keep Abraaj afloat—the near misses and lucky saves—are spellbinding. You won’t want to put the book down.” -- Eileen Appelbaum, coauthor of Private Equity at Work

“How do you dupe the World Bank, the World Economic Forum, the Gates Foundation, and countless financial luminaries from around the globe? Attach yourself to the latest piece of financial gibberish—philanthrocapitalism—hire a couple of McKinsey consultants, and then get the Harvard Business School to write glowing reports about you. In this page-turner, Clark and Louch serve up an emphatic indictment of the ‘expert class’—people who think agility with numbers is somehow equivalent to wisdom and morality.”  -- Duff McDonald, author of The Golden Passport

“The writing matches that of the best thrillers, with one huge extra bonus: you learn tons, even if you know this industry reasonably well. The rigor and colossal effort that went into this book transpires on each page. There is no dull moment. It is 300 pages of reading pleasure mixed with serious discomfort at what is being presented: the world of finance as it can be.” -- Ludovic Phalippou, professor of financial economics at Saïd Business School, University of Oxford

"Simon Clark and Will Louch do us a service with their highly readable reminder of how greed and gullibility so often go together, and why we need good investigative journalism to keep reminding us that if the pitch (and the person doing the pitch) look just too good to be true, there is probably something fishy going on behind the scenes." -- David Omand, former director of GCHQ and author of How Spies Think

"A rip-roaring account of one of the biggest frauds in corporate history. Through a pacey and deeply researched narrative, Clark and Louch unpick how a private equity trailblazer convinced some of the world’s richest and most sophisticated investors to part with their money—with devastating consequences. A must-read for anyone who is skeptical about the claims made by investment companies about their ethical credentials and motives." -- Owen Walker, award-winning journalist and author of Built on a Lie

"Compelling and disturbing, the book is a pointed tale of hubris, greed, and the narrow limits of so-called capitalistic ‘benevolence’ in the era of growing economic inequality. . . . Timely and provocative reading on one of the many perils of the murky private equity world." -- Kirkus Reviews

"A riveting chronicle of the meteoric rise and scandalous fall of the Dubai private equity firm Abraaj and its conniving founder, Arif Naqvi. . . . This deeply reported tale captivates." -- Publishers Weekly

"A meticulously researched, compelling reminder of the importance of financial oversight. It should be required reading in business schools." -- Library Journal

"The Key Man is a riveting account of the intertwining of brilliance and greed. . . . The book should be a mandatory read at all schools of journalism and business schools, for it is a rare tour de force from which both can learn." -- Business Standard

"Impeccably researched and sumptuous in its detail. . . . It is a page-turner, built around a riveting portrait of the key man of the title. Mr. Naqvi comes across as a teeming mass of contradictions." -- The Economist

"[Clark and Louch's] excellent book, which is more true crime than finance, describes in cinematic detail how Naqvi and his colleagues pumped up valuations, moved money between the company, its funds and their personal accounts, and lied about performance." -- Reuters

"Well paced and cleverly organised. . . . Draws some devastating conclusions about our over-financialized economies; in particular the authors target the $4 trillion private-equity industry, which, if anybody has the courage to notice, should hereafter be subject to rigorous reform." -- Sunday Times (London)

"A book that’s equally accessible to bank CEOs and those untutored in finance. . . . Clark and Louch have done an outstanding job in untangling the knots that usually keep the secretive world of private equity out of reach for most people. One hopes that their investigative work prompts regulators to strengthen their oversight of private equity—something that the titans of the $4 trillion industry have largely avoided so far." -- Dawn (Pakistan)

"What the writers dissect marvellously is an all-too common tale of slick patter feeding off a degree of avarice and a large dollop of naivety. . . . It’s a sorry tale, one that raises important questions about our ability to deliver 'ethical' capitalism." -- The National (UAE) --Ce texte fait référence à l'édition hardcover.

Simon Clark is a Wall Street Journal reporter based in London. His investigative reporting has led him to the poppy fields of Afghanistan, the copper mines of Congo and to many banks in the City of London. He was nominated for a Pulitzer Prize in 2016. He lives in Lewes, England.

Will Louch is at law school in London. He was previously a Wall Street Journal reporter covering private equity in London and New York. Before that, he was based in Brussels where he wrote about European politics. --Ce texte fait référence à l'édition hardcover.

SD
5,0 sur 5 étoiles Fantastic book
Commenté au Royaume-Uni le 8 juillet 2021
Achat vérifié
A thrilling expose of how, and by whom, the world is run. From John Kerry looking for his big payday after he left the Obama administration to Bill Gates discovering poverty in Africa while on a luxurious safari, The Key Man reveals, like nothing I've read before, the naivety and self interest of the billionaires and politicians that call the shots. The main character is a fascinating, captivating character, reminiscent of Elizabeth Holmes, pledging to do good, but putting themselves first. Essential reading for anyone interested in how we got to where we are.
En lire plus
12 personnes ont trouvé cela utile
Signaler un abus
Traduire les commentaires en Français

Najaf
5,0 sur 5 étoiles .."an indictment of the professional class"
Commenté au Royaume-Uni le 10 juillet 2021
Achat vérifié
A very good read that reveals more than just what happened at Abraaj. On a human dimension, it tells how greed, vanity and a sense of entitlement can run all talent to ground. To award yourself $53.5 Million dollars in annual compensation when you are making losses and facing cash crunch is pen-point robbery, a variant of the gun-point robbery of olden times. Arif Naqvi did have a sharp business sense. In high-stakes business battles, much as in the more lethal kind, you need this killer instinct to survive. But nobody ALWAYS wins no matter what the game and if you cannot retreat and accept losses when they are due, you should get ready for annihilation.
The book also reveals the ecosystem in which Arif Naqvi was operating. He comes out as the principal but not the sole villain—he was throwing pounds of flesh that allowed him to swim safely for so long. From the NGO sponsored Davos summit with $348,673 dinner for politicians to $20 Million for lobbying fee to seek a single favorable decision. After all, what wisdom did Senator John Kerry offer in the speech where he was paid $ 250,000 except that he could offer tacit connections to government and tax-payers money. But this was all kosher and remains so in high finance. What is interesting is that the Professors from Harvard and Yale turn out to be no better than the average Joes and were not able to read the situation any better. Cambridge, Harvard, Dartmouth, Wharton, Yale and London School of Economics feature generously amongst the players. It was interesting to read that KPMG could not interpret $100 Million+ random entries and walked away with their professional licenses intact. The facts indeed are “an indictment of the expert class.”
The authors, however, are very cautious when it comes to discussing the companies managed by Abraaj. I guess they had to be since aggressive law firms and libel prevent much sordid truth to come out. I was hoping to read more details about some of the companies that Abraaj operated to understand what lead to their failures. My hunch is that exploring the companies will also be a treasure trove of extraordinary payments for some ordinary tasks.
I am very mistrustful of someone championing private initiative on public money and the whole posturing and positioning of Abraaj confirms this suspicion. The authors have done a wonderful job and their observation is pertinent that any discussion to improve the quality of life of the poor must include the poor themselves and must not be left to billionaires and politicians in Davos or The Connaught.
En lire plus
9 personnes ont trouvé cela utile
Signaler un abus
Traduire les commentaires en Français

Peter Vieri
5,0 sur 5 étoiles My favourite book this year. 10/10
Commenté au Royaume-Uni le 9 juillet 2021
Achat vérifié
Just finished reading this and couldn't be more impressed. A thrilling read and the definition of a page turner, the story gets more absurd after every page. It provides a great insight into the shady world of private equity, something which I knew little about before reading this. I would highly recommend to anyone looking for a fast paced and thought provoking read. 10/10
En lire plus
9 personnes ont trouvé cela utile
Signaler un abus
Traduire les commentaires en Français

C A L
5,0 sur 5 étoiles Superb read
Commenté au Royaume-Uni le 11 juillet 2021
Achat vérifié
Fascinating book. The story of an ultra-charismatic man who got world business leaders and politicians eating out of the palm of his hand. Traced though a series of high profile conferences the book charts greater and greater investments in his company until the Bill Gates foundation smells a rat and the story explodes.
En lire plus
7 personnes ont trouvé cela utile
Signaler un abus
Traduire les commentaires en Français