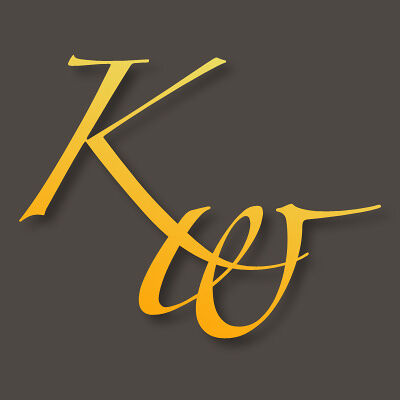 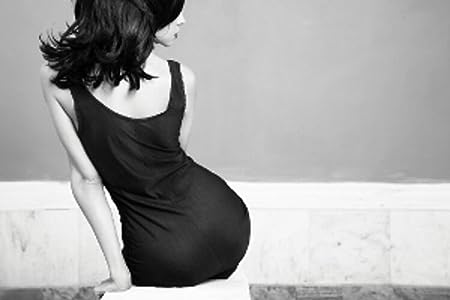 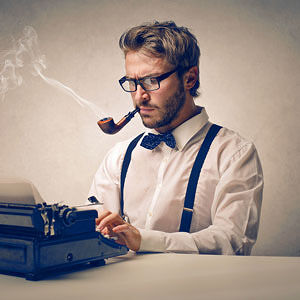 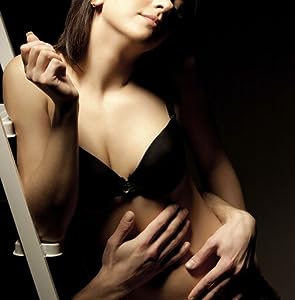 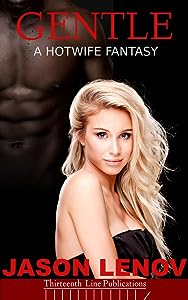 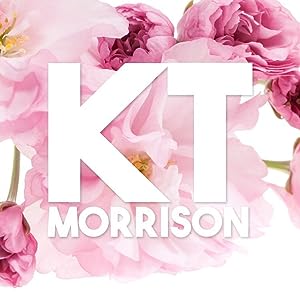 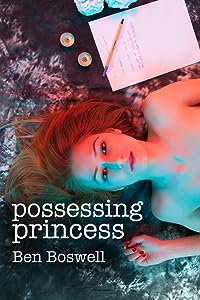 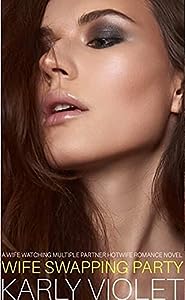 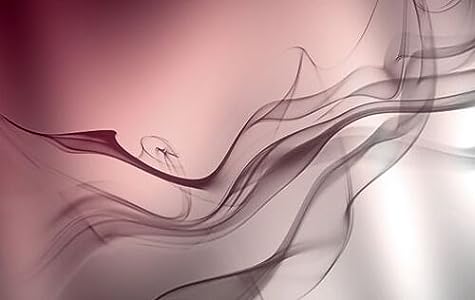 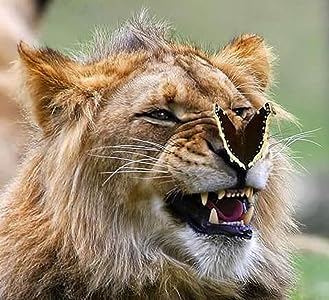 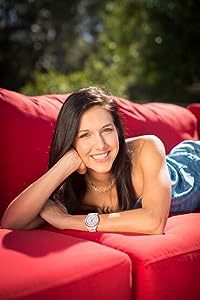 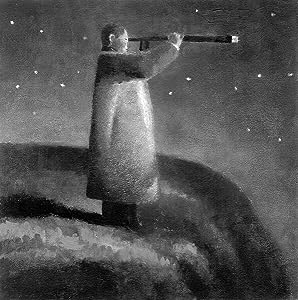 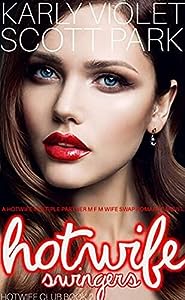 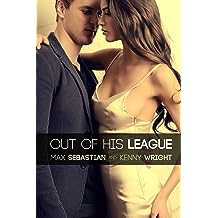 John’s best friend Charlie has it right: he’s developed a constant sense of paranoia that gorgeous Courtney is being unfaithful. That paranoia has already threatened to end his marriage once, but now with the arrival of one of Courtney’s old college friends, it bubbles up yet again.

This time, though, John feels differently about the suspicions that Courtney is seeing another man. Firstly, he feels more certain about them being true — but secondly, he comes to realize that it turns him on to think of her cheating on him…

The first collaboration between the masters of the hotwife genre, Max Sebastian and Kenny Wright…
En lire plus
Autres formats: Broché
TVA incluse 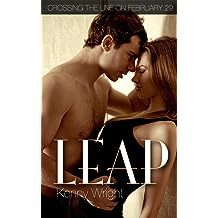 Leap (A Wife-Watching Romance) (English Edition) 2 août 2012
par Kenny Wright
( 23 )
2,99 €
On February 29, a day that comes just once every four years, Jack Carter announces that, “What happens on Leap Day stays on Leap Day.” His wife Sarah knows he’s up to something, and when he explains that today is a day to take risks and get a little crazy, she grasps what it is: he wants to watch her with another man.

Jack had the fantasy first; and at first, Sarah didn’t understand it. Hell, neither did Jack. All he knew was that the thought of his wife in the arms of another man was exciting; the build-up, the flirtation, the act, even his nauseous jealousy always got him hard. Sarah didn’t deny her own arousal, especially when her coworker, David, began taking the role of imagined lover. He was fit, hot, and most importantly, he was attracted to her.

Neither Jack nor Sarah ever thought they’d take the plunge from reality to fantasy. It was too risky. Too crazy. With February 29 just beginning, will it be the day they finally make the leap?
En lire plus
TVA incluse 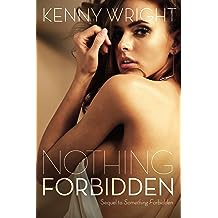 Max and Katie have tasted something forbidden, opening their marriage sexually to other people. It's been a wild ride, and they are stronger for the experience. Max craves more and gives his headstrong wife the green light to play on her own--even as she vows to never risk their relationship again. But is that a promise she can keep in her new world of sexual freedom?

In this sequel to Kenny Wright’s Something Forbidden, follow Katie as she explores the new and exciting world suddenly open to her. When nothing's forbidden, can she keep touch with what's real, what's important, or will it all slip away?
En lire plus
Autres formats: Broché
TVA incluse 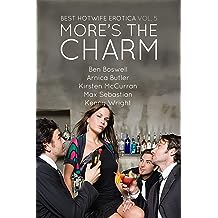 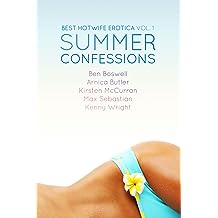 Permanently priced at $0.99 as a treat for faithful fans of the unfaithful, and as an enticement for readers who want to try something new, we hope you enjoy the first scorching volume of Best Hotwife Erotica!
En lire plus
TVA incluse 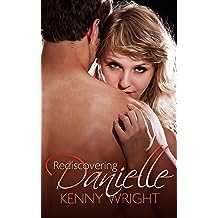 Dean’s drinking buddies thought she was hot, and as Dean watched her cross her legs and bring the Cosmo to her lips, he couldn’t deny it.

She was also his wife… Danielle.
En lire plus
TVA incluse 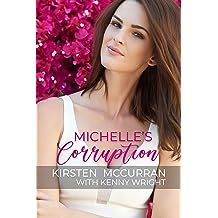 Michelle's Corruption (English Edition) 22 juil. 2021
par Kirsten McCurran, Kenny Wright
( 9 )
4,23 €
Things are not always what they appear. Michelle and Clay Winthrop were the idyllic suburban couple from the outside: both teachers, nice house, two adorable kids. But looks can be deceiving.

Clay’s kinky new experiments in the bedroom convince Michelle that he’s cheating. It also primes her for what comes next. Enter Wes, the tall, dark, and sexy stranger who leads her down her own wild and reckless road.

Will secrets and temptations tear this couple apart, or can they salvage their 15 year marriage? 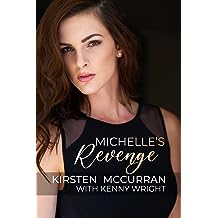 Michelle's Revenge (Michelle's Corruption Book 2) (English Edition) 6 août 2021
par Kirsten McCurran, Kenny Wright
( 10 )
4,20 €
Michelle Winthrop’s world has dropped out from under her. Everything she thought was real is false. Her husband, Clay, isn’t who she thought he was. Her marriage appears to be a sham. Even her own behavior isn’t what it appears to be.

Michelle came to the conclusion Clay was having an affair and responded by cutting loose and cheating with a tall, dark photographer, Wes, who was just too tempting. Wracked with guilt, Michelle was ready to beg Clay to fix their marriage. And then… It. All. Changed.

Clay had a peculiar fetish, Michelle learned. He wanted Michelle to sleep with other men. Clay set Michelle up to fall for Wes, and she feels foolish for falling right into the trap. Michelle is left reeling.

But Michelle is not a victim. She loves her husband, but she can’t just let him off the hook. She’s ready to take control and give Clay a taste of his own medicine. He wanted a hotwife? She’ll give him a hotwife. When Michelle is done with Clay, he’ll count himself lucky if he gets to keep her. This is Michelle’s Revenge. 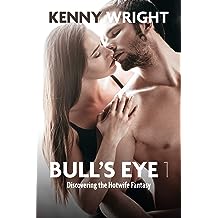 Bull's Eye 1: Discovering the Hotwife Fantasy (English Edition) 26 févr. 2020
par Kenny Wright
( 55 )
0,99 €
Paul Sharpe, self-avowed bachelor, works hard and plays harder—always looking for a new conquest. Blondes, brunettes, redheads, he enjoys them all as long as the pursuit is fun and they’re up for a good time. He’s fine being disposable. Life is simpler that way.

Until he meets a woman who opens his eyes to a whole new world—the world of hotwives and cuckolds and the games that they play. After that, he sees it everywhere. At bars, at clubs, at his company’s gala, he sees men furtively watching other men hit on their wives. 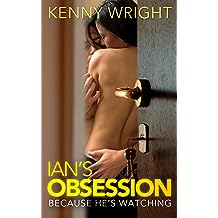 Because He's Watching: Ian's Obsession (English Edition) 26 déc. 2013
par Kenny Wright
( 54 )
3,08 € 9,48 €
Ian Broadfield wants to watch his wife sleep with another man. Call it a fantasy, a passion, an obsession--whatever, but Ian can’t stop thinking about Emily being with someone else. Not after discovering her innocent flirtation with her coworker Ray. Not after hearing that Ray thinks Emily is the “hottest chick in the office.” And especially not after Emily confesses that Ray tried to kiss her at happy hour.

As things heat up between his wife and her younger coworker, Ian wonders how much he can take. Jealousy tangles with excitement. Thrill overrides common sense. And Ian cannot stop--will not stop--until he’s driven Emily into another man’s bed.

If you read Kirsten McCurran’s Because He’s Watching, now is your chance to experience the tale of wife-sharing and extramarital adventure from the husband’s perspective. If you haven’t, welcome to Ian’s world--to Ian’s obsession.
En lire plus
Autres formats: Broché
TVA incluse 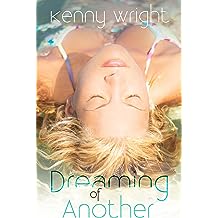 All fantasies have origins...even the naughtiest ones.

Stephen Warren’s college girlfriend, Brigitte, was every guy’s dream come true—a busty blonde with a kinky streak. They didn’t last, and Stephen eventually settled down with a great woman, but even seventeen years later, Brigitte still visits his dreams.

Chrissy Warren is curious about the woman who shaped her husband during his most formative years. As they relive that fateful summer of young lust, they unlock fantasies that neither knew they had—Stephen’s voyeurism, Chrissy’s craving for sexual adventure, and most stunning of all, Stephen’s buried desire to share his wife.

When they get invited to a destination wedding in the Virgin Islands, knowing that Brigitte would be there with her playboy husband, will this couple be able to resist the dream of playing with another?
En lire plus
Autres formats: Broché
TVA incluse 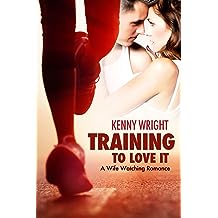 When Erin comes home from the gym and lets slip that her new personal trainer is a man, Tom doesn't know how to react. When he overhears Erin admitting that she's attracted to AJ, her trainer, he becomes even more confused. He wants to be supportive, but he feels jealous. He wants to be understanding, but he doesn't even understand his own feelings. Every time he thinks of Erin with AJ, his heart begins to race. Every time she says his name, his breath catches in his chest.

AJ ends up pushing more than just his wife’s physical limits. As Tom watches this newer, stronger, more assertive woman emerge with each training session, he realizes that this other man is pushing the limits of their marriage and their happy life. How far would they go for a fantasy? And whose fantasy is it? And what happens when things go too far?
En lire plus
Autres formats: Broché
TVA incluse