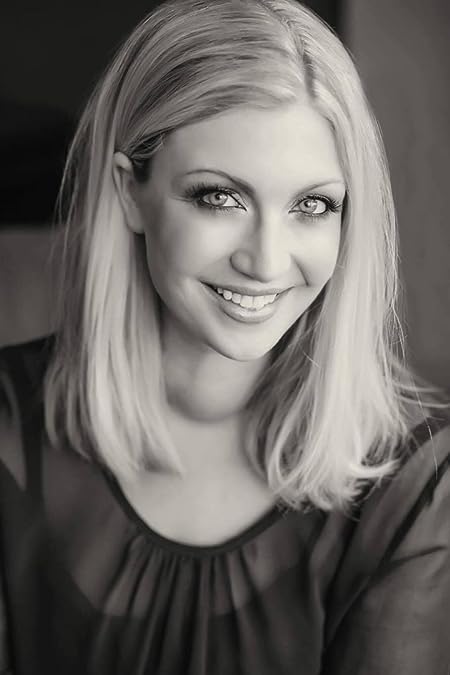 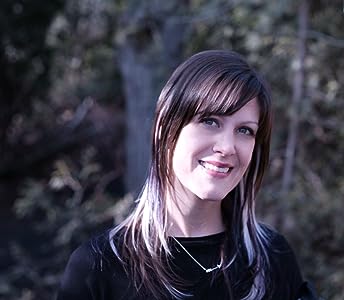 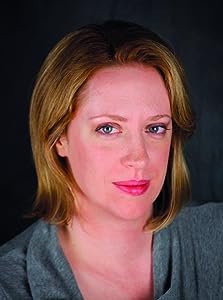 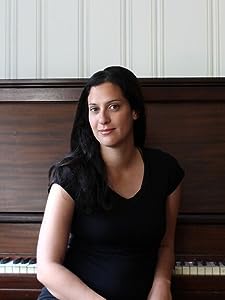 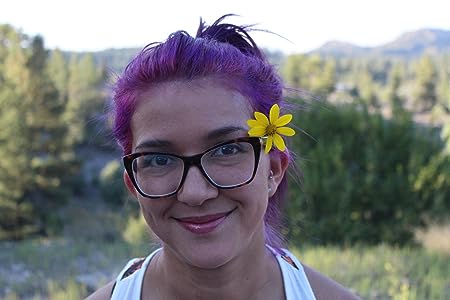 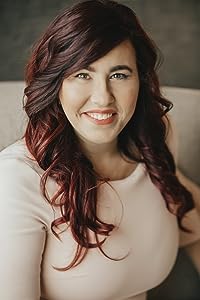 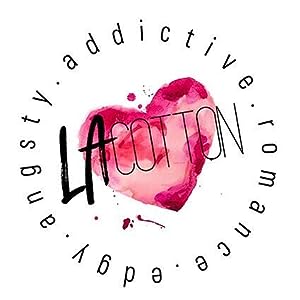 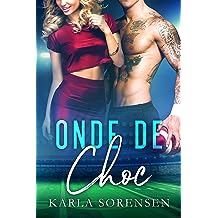 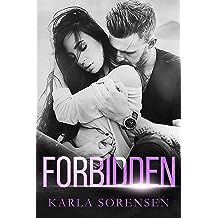 Forbidden : A Single Dad Sports Romance (Ward Sisters Book 4) (English Edition) 20 mai 2021
par Karla Sorensen
( 1 734 )
4,25 € 13,09 €
It takes a lot to rattle me, but nothing could've prepared me for the day that Aiden Hennessy walked through my beloved gym doors, ownership papers in his big hands.

I know a lot about my gorgeous new boss, a former fighter whose posters used to decorate my bedroom walls. I know he retired at the height of his fame to take care of his sick wife. I know he’s now a single dad raising an adorable little girl. And I know that no matter how broody and quiet he is, my innocent teenage crush has turned into a highly inappropriate adult fantasy.

I would’ve gotten over it, until one night sparring with him at the gym, it’s clear my feelings aren't so one-sided.

It's impossible to pretend I don't want him. Especially when I have to see him every single day, and watch him take care of his daughter.

Aiden thinks I’m too young for him. He says he shouldn’t want me.

But all it takes is one step over the line to prove what they say is true- forbidden fruit really does taste the sweetest. 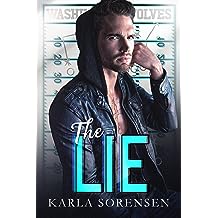 That’s why Dominic Walker is completely off my radar. Sort of.

Babysitting the team troublemaker when he’s forced to volunteer for the foundation where I work means I can’t exactly avoid him.

I wish I had though. Because once I get to know Dominic, it’s almost impossible to ignore the feelings he brings out in me.

Pretty soon, I’m breaking all my rules. I just have to hope he doesn’t break my heart in the process.
En lire plus
Autres formats: Livres audio Audible , Broché
TVA incluse 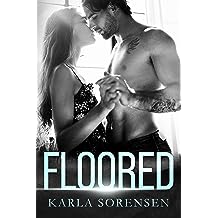 Floored: an accidental pregnancy sports romance (Ward Sisters Book 3) (English Edition) 9 déc. 2020
par Karla Sorensen
( 646 )
4,09 € 13,10 €
Have you heard the one about the impulsive American grad student and the broody Brit who argued about which kind of football was better?

It’s a good story, especially because it ends with me clutching a pregnancy test in my tiny Oxford flat.

In my defense, it was never meant to be more than a harmless flirtation. But he was just sitting there, with his accent and his muscles and his tattoos, telling me that his football was better than the one I grew up watching my brother play. Next thing I knew, that flirtation got a whole lot hotter and even though I wasn’t sure I’d ever see him again—my mystery Brit—it was the kind of night a girl goes to her grave remembering.

You know how the story goes though … a few weeks later, the impulsive girl gets a little pukey, and sees a sports headline featuring her mystery Brit kicking the black and white ball that got us into this mess. 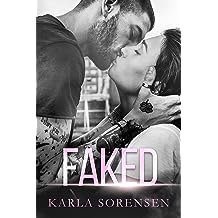 No one would ever believe that me, Claire Ward—the straight A student who never gets in trouble—, would impersonate her sister just to earn a night out with the guy she’s crushed on forever. But how else could I get her best friend Finn to notice me?

It would’ve worked perfectly. Except Finn wasn’t the guy to pick me up that night.

In Finn’s place—wearing a perfectly tailored tux and looking like sin—is his brother, Bauer. Finn’s exact opposite in every way, my date for the evening is a tattooed snowboarder with a sexy smirk and a chip on his shoulder the size of Mt. Olympus.

I should’ve known better. Because now the good girl is stuck with the bad boy for the night, and the consequences of that are much bigger than I could have imagined. 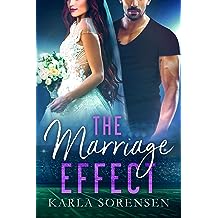 The Marriage Effect: A marriage of convenience sports romance (Washington Wolves Book 3) (English Edition) 12 juin 2019
par Karla Sorensen
( 347 )
4,22 € 13,39 €
Logan Ward drives me just a little crazy. It’s the only reason I can explain how I ended up fake-married to him. He’s got those dark eyes and broody stares, totally unflappable, which is a good trait in a star defensive football player. Maybe it’s because I don’t always think things through, or because he does drive me crazy, but when I find out he needs a wife to keep custody of his four younger sisters, I have no problem volunteering for the job.

I have my own reasons for needing a husband, and striking a mutually beneficial bargain with Logan is the perfect solution. Plus, it can’t be that hard to wrangle four young girls and a big grumpy football playing husband, right?
Wrong.

Our simple solution creates a whole new problem. Logan and I aren’t as different as we thought. My reluctant groom has fire inside him, and I can’t wait to light the match.
En lire plus
Autres formats: Livres audio Audible , Broché
TVA incluse 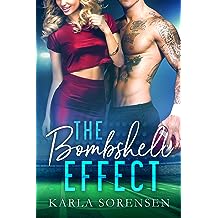 The Bombshell Effect: A single dad sports romance (Washington Wolves Book 1) (English Edition) 14 juin 2018
par Karla Sorensen
( 539 )
4,22 € 13,39 €
My new neighbor is a complete jerk. A tall, brooding, tattooed jerk. I tried to be nice, bake some cupcakes for him and his adorable daughter, and the only reaction I could come up with to his ice-cold reception was to shove those pink cupcakes right into his muscular chest.

In my defense, it was a rough week.

Being back in Seattle for the first time in years was hard enough, the fact that I was there for the dispersal of my father’s will made it even harder. I had no intention of staying, until I got a football stadium-sized surprise as my dad’s final gift to me.
No … really. He left me a football team.

It’s how I found myself in a conference room, staring down the veteran quarterback who wants nothing to do with a new owner. And that quarterback? It’s my tall, brooding, tattooed jerk of a neighbor.

Now he’s everywhere. Next door with his daughter. In meetings. Don’t even get me started on away games.
Luke Pierson is under my skin, and pretty soon, I’m not sure I want it any other way. 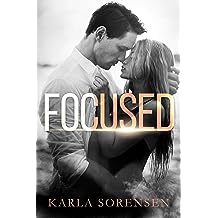 Focused: A hate to love sports romance (Ward Sisters Book 1) (English Edition) 7 janv. 2020
par Karla Sorensen
( 540 )
4,09 € 13,10 €
You know the hot neighbor boy you crushed on all your teenage years? Imagine seeing him ten years later and he turns out to be a complete jerk, then you know how I feel.

Our last encounter was awkward, given I’d climbed into his bedroom window to turn my unrequited crush into something ... requited. That day was bad enough, but things just got worse.

Noah Griffin turned himself into one of the best football players in the country and a transfer to the Washington Wolves— the team I work for—lands him on my doorstep. The timing couldn't be worse, because my boss just handed me the opportunity of a lifetime. And that promotion rides squarely on Noah's big, muscular, condescending shoulders.

He wants nothing to do with me, and the feeling is so very mutual. But for the sake of my career, I can ignore all those things about him that drive me insane. His eyes. His mouth. His big, big … hands. Until one day, we can’t ignore them anymore.

You know what they say about the line between love and hate though? They’re so very right. 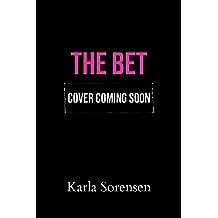 The Bet (English Edition) 9 févr. 2022
par Karla Sorensen
4,24 €
Overbearing, overly grumpy former football players turned bodyguards are the bane of my existence. Okay, maybe not all of them.

The Bet is a standalone sports romance about Lydia Pierson and the grumpy bodyguard who drives her crazy. Coming early 2022.
En lire plus
TVA incluse 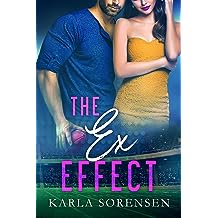 The Ex Effect: A second chance sports romance (Washington Wolves Book 2) (English Edition) 2 déc. 2018
par Karla Sorensen
( 274 )
4,22 € 13,39 €
Have you ever had that one guy that you shouldn’t have had such a crush on, but still did? Matthew Hawkins was that man for me. First, he was off-limits, and second, I was just a gangly teenager the last time he saw me. But a lot can change in ten years.

As one of the best defensive players in the league, he just came out of retirement to sign with the team that I work for. And as the publicist for the Washington Wolves, he’s so good, it makes my job easy peasy.

In the years since I’ve seen Matthew, he’s bigger, better looking, and best of all—completely single. And despite our strange history, the attraction between us definitely isn’t one-sided anymore.

The chemistry between us is complicated—and hot. Hot enough to burn down the entire city of Seattle, which is why keeping it a secret from the press—and my family—is the only way we can be together.
But the truth always comes out. And when it does, there’s no predicting the ending.
En lire plus
Autres formats: Livres audio Audible , Broché , CD
TVA incluse 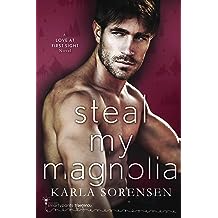 Steal My Magnolia : A Small Town Forbidden Romance (Love at First Sight Book 3) (English Edition) 9 févr. 2021
par Smartypants Romance, Karla Sorensen
( 145 )
4,99 € 15,81 €
Life lesson from Grady Buchanan: If you're going to fall in love with the untouchable girl in town, don't hire her as your only employee.

Even after he bungled the interview with Magnolia MacIntyre, he knew better than to hire her. The list of why it's a bad idea is a long one.
Her father could ruin his fledgling business.
She is completely overqualified.
And he’s attracted to her.

What does Grady do? He offers her the job.

Magnolia knew better than to take it. Normally, she'd make the safe choice, and working for Grady is anything but.
He's new in town--and entirely too charming.
Her dad will be furious.
She hates the outdoors and working for an outdoor adventure company is not exactly the right fit.

What does she do? She says yes on the spot.

Grady and Magnolia will have to prove to everyone in their life that they're not crazy. And prove to each other that the list of why it's a bad idea should be tossed out the window. 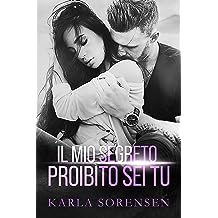