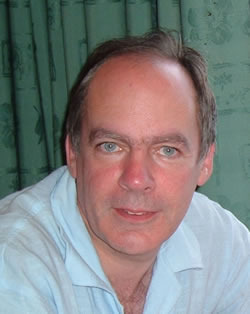 The legendary author of WATCHMEN and FROM HELL brings us the literary event of the year with a sprawling historical novel traversing space and time. Embracing meditations upon science, theology, history, literature, economics, class and metaphysics, this extraordinary narrative works towards a new assessment of the nature of space-time and the human position within it.

In the epic novel Jerusalem, Alan Moore channels both the ecstatic visions of William Blake and the theoretical physics of Albert Einstein through the hardscrabble streets and alleys of his hometown of Northampton, UK. In the half a square mile of decay and demolition that was England s Saxon capital, eternity is loitering between the firetrap housing projects. Embedded in the grubby amber of the district s narrative among its saints, kings, prostitutes, and derelicts, a different kind of human time is happening, a soiled simultaneity that does not differentiate between the petrol-colored puddles and the fractured dreams of those who navigate them.

Employing, a kaleidoscope of literary forms and styles that ranges from brutal social realism to extravagant children s fantasy, from the modern stage drama to the extremes of science fiction, Jerusalem s dizzyingly rich cast of characters includes the living, the dead, the celestial, and the infernal in an intricately woven tapestry that presents a vision of an absolute and timeless human reality in all of its exquisite, comical, and heartbreaking splendor.

In these pages lurk demons from the second-century Book of Tobit and angels with golden blood who reduce fate to a snooker tournament. Vagrants, prostitutes, and ghosts rub shoulders with Oliver Cromwell, Samuel Beckett, James Joyce s tragic daughter Lucia, and Buffalo Bill, among many others. There is a conversation in the thunderstruck dome of St. Paul s Cathedral, childbirth on the cobblestones of Lambeth Walk, an estranged couple sitting all night on the cold steps of a Gothic church front, and an infant choking on a cough drop for eleven chapters. An art exhibition is in preparation, and above the world a naked old man and a beautiful dead baby race along the Attics of the Breath toward the heat death of the universe.

An opulent mythology for those without a pot to piss in, through the labyrinthine streets and pages of Jerusalem tread ghosts that sing of wealth, poverty, and our threadbare millennium. They discuss English as a visionary language from John Bunyan to James Joyce, hold forth on the illusion of mortality post-Einstein, and insist upon the meanest slum as Blake s eternal holy city.

Alan Moore is a magician and performer, and is widely regarded as the best and most influential writer in the history of comics. His seminal works include From Hell, V for Vendetta, and Watchmen, for which he won the Hugo Award. He was born in 1953 in Northampton, UK, and has lived there ever since.
Commencez à lire JERUSALEM: 2018 Edition (English Edition) sur votre Kindle en moins d'une minute.

bob
5,0 sur 5 étoiles An important Book
Commenté au Royaume-Uni le 9 août 2019
Achat vérifié
I have the Kindle version of this book and tried to review it on there. Unfortunately Amazon's cyber Mary Whitehouse objected to my quotation of CS Lewis' remark about The Lord of the Rings (to bowdlerise ... another flipping elf) and rejected my review. My point being that 'fantasy' has a well-deserved bad name and this is NOT fantasy. This is , in my view, a serious piece of literature.
I hope that is not the kiss of death in these days when Presidents can rule by tweet and Prime Ministers by Facebook Live; but this long book is a serious addition to literature.
In places almost fantasy, but a hair's breadth away from the real world. Biblical in structure - a number of interlinked books- and dealing with many of the same themes. The main philosophical theme is the age old dispute about determinism and free-will - no spoiler - do read the book. Or, as a philosophy tutor from my old College would write on essays, RTFB (sorry Mary).
From gritty realism and politics,to the sex-life of ghosts (or is it 'Townsmen of a stiller town'), and on to artistic technique, taking in a wide loop of the Nene through history . Connecting two centres of the world, but looking into the back parlour and the scullery. Solomon and Leopold Bloom rub shoulders on a trip to Bunhill Fields and back via Cirrus Minor.
There must be, wizn't there?, a connection between Bunhill Fields and the Boroughs - but perhaps only Upstairs.
The ending of the Book is truly magnificent - the genius of a line thrown away like a cheap lighter.
Thank you Mr Moore. Bravo.
En lire plus
21 personnes ont trouvé cela utile
Signaler un abus
Traduire les commentaires en Français

Eddie Smyth. Author of The Revenge of the Stoned Rats: The novel previously known as 'The Prince'
5,0 sur 5 étoiles Required reading for those of us just passing through.
Commenté au Royaume-Uni le 17 décembre 2020
Achat vérifié
After many ages away I’ve finally returned from Jerusalem.
Fantasies and illusions, facts and fictions, plays and poems, ghosts and demons, literary and historical figures, spouting nonsense or wisdom, trespass beyond the grave. Urchin-like, all-seeing children, telling their tales, drift invisibly between the worlds. Working class ethics, free market swindles, angels doing battle for souls. Drug-addled prostitutes, depraved and ruthless dealers, the devil is in an old Ford?
A surrealist’s study in English history?
A religious and political ode?
The ramblings of Enid Blyton during a mushroom phase?
Required reading for those of us just passing through?
Sometimes over descriptive and repetitive, it could have done with being a couple of hundred pages shorter, I often felt like putting it away. Yet it was always enlightening, and usually compelling, and I’d like to visit Northampton someday.
En lire plus
5 personnes ont trouvé cela utile
Signaler un abus
Traduire les commentaires en Français

Andy Wood
5,0 sur 5 étoiles Time waits for no one
Commenté au Royaume-Uni le 6 décembre 2018
Achat vérifié
A fantastic, intriguing and occasionally frustrating read, Jerusalem is both epic and enthralling. There's a rare beauty to be found in the initially uninspiring locale of the Boroughs and its inhabitants and Jerusalem mixes history, myth, the fantastical and grim realism together, mixing styles and genres in an imaginative way.

There is light and darkness throughout this sprawling novel and all shades in between. Jerusalem will stay with me for a long time.
En lire plus
Une personne a trouvé cela utile
Signaler un abus
Traduire les commentaires en Français