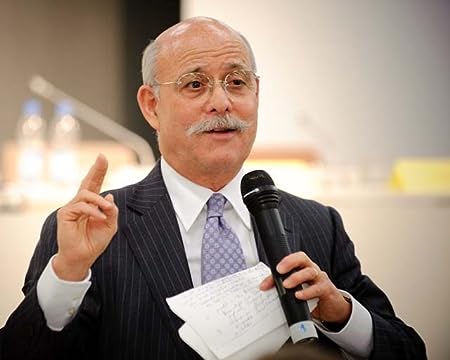 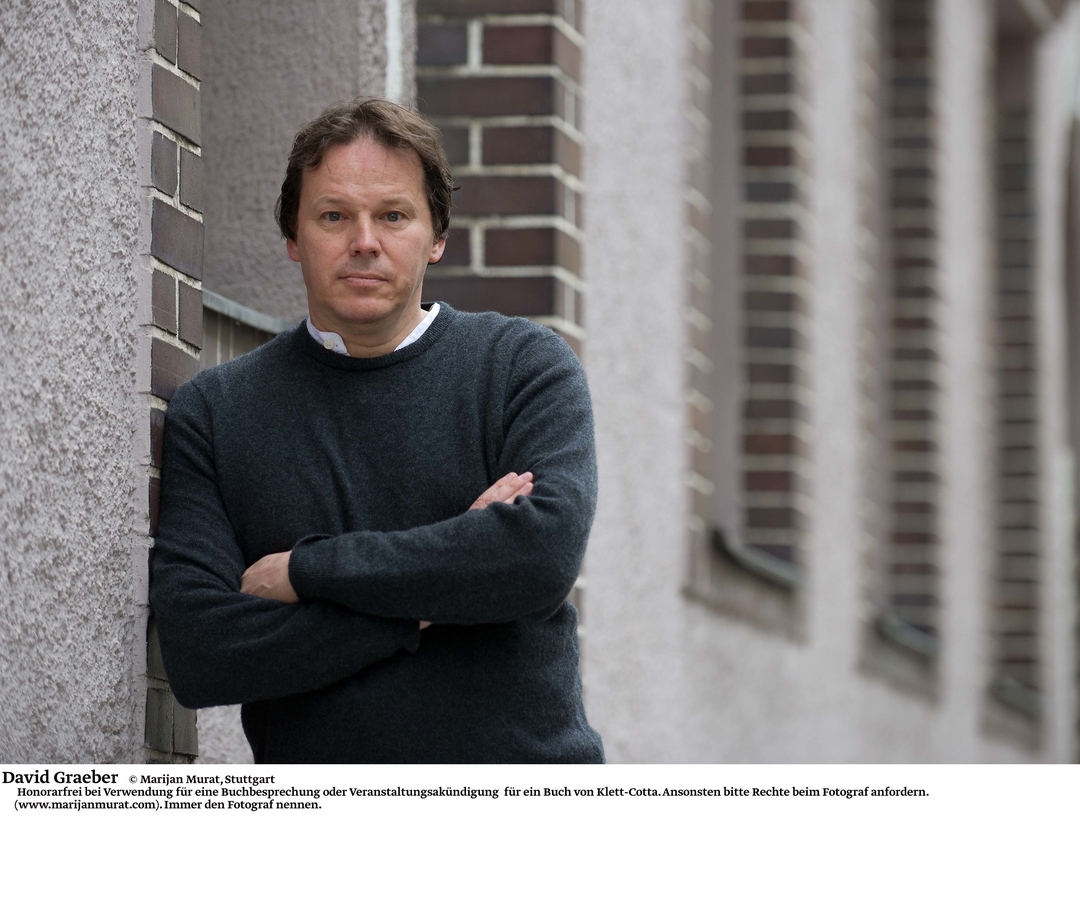 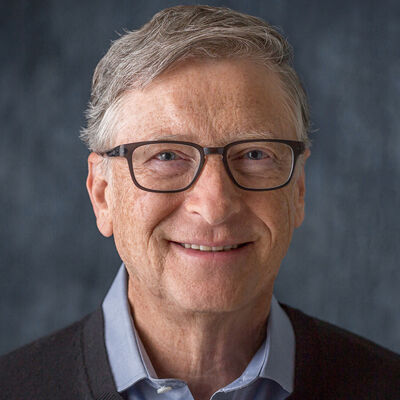 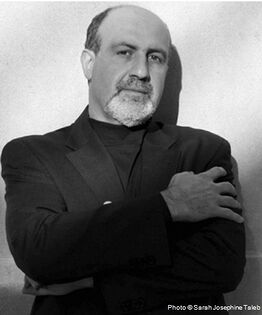 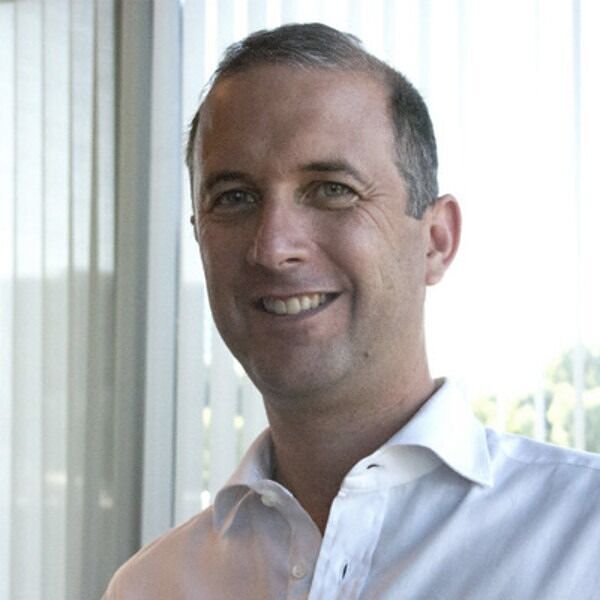 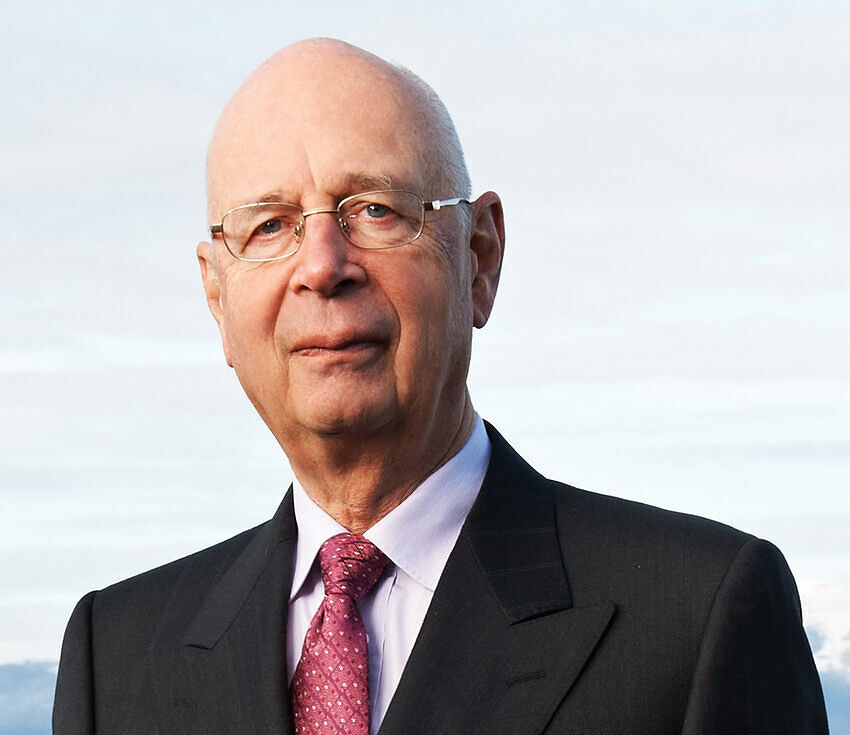 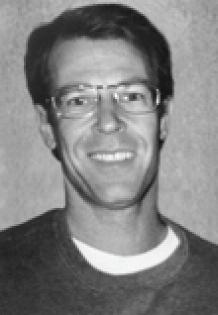 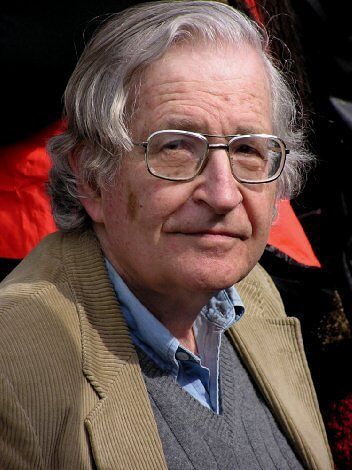 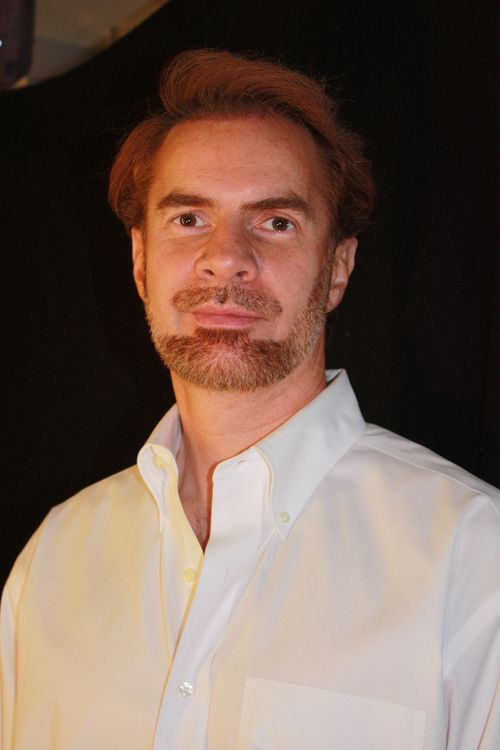 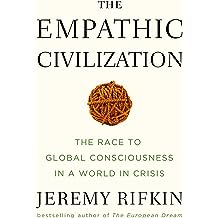 The Empathic Civilization: The Race to Global Consciousness in a World in Crisis (English Edition) 14 déc. 2009
par Jeremy Rifkin
( 104 )
10,02 € 21,28 €
"One of the leading big-picture thinkers of our day" (Utne Reader) delivers his boldest work in this erudite, tough-minded, and far-reaching manifesto.

Never has the world seemed so completely united-in the form of communication, commerce, and culture-and so savagely torn apart-in the form of war, financial meltdown, global warming, and even the migration of diseases.

No matter how much we put our minds to the task of meeting the challenges of a rapidly globalizing world, the human race seems to continually come up short, unable to muster the collective mental resources to truly "think globally and act locally." In his most ambitious book to date, bestselling social critic Jeremy Rifkin shows that this disconnect between our vision for the world and our ability to realize that vision lies in the current state of human consciousness. The very way our brains are structured disposes us to a way of feeling, thinking, and acting in the world that is no longer entirely relevant to the new environments we have created for ourselves.

The human-made environment is rapidly morphing into a global space, yet our existing modes of consciousness are structured for earlier eras of history, which are just as quickly fading away. Humanity, Rifkin argues, finds itself on the cusp of its greatest experiment to date: refashioning human consciousness so that human beings can mutually live and flourish in the new globalizing society.

In essence, this shift in consciousness is based upon reaching out to others. But to resist this change in human relations and modes of thinking, Rifkin contends, would spell ineptness and disaster in facing the new challenges around us. As the forces of globalization accelerate, deepen, and become ever more complex, the older faith-based and rational forms of consciousness are likely to become stressed, and even dangerous, as they attempt to navigate a world increasingly beyond their reach and control. Indeed, the emergence of this empathetic consciousness has implications for the future that will likely be as profound and far-reaching as when Enlightenment philosophers upended faith-based consciousness with the canon of reason.
En lire plus
Autres formats: Relié , Broché , Microfilm
TVA incluse 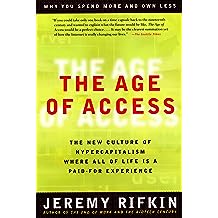 The Age of Access: The New Culture of Hypercapitalism (English Edition) 5 mars 2001
par Jeremy Rifkin
( 20 )
5,47 €
Visionary activist and author Jeremy Rifkin exposes the real stakes of the new economy, delivering "the clearest summation yet of how the Internet is really changing our lives" (The Seattle Times).

Imagine waking up one day to find that virtually every activity you engage in outside your immediate family has become a "paid-for" experience. It's all part of a fundamental change taking place in the nature of business, contends Jeremy Rifkin. After several hundred years as the dominant organizing paradigm of civilization, the traditional market system is beginning to deconstruct. On the horizon looms the Age of Access, an era radically different from any we have known. 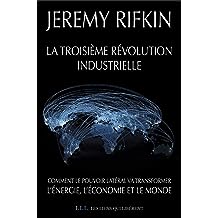 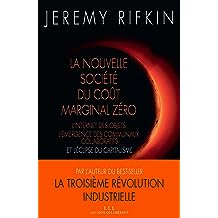 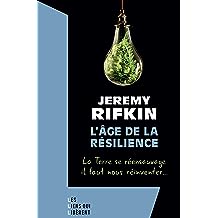 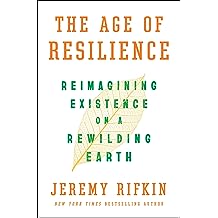 A sweeping new interpretation of the history of civilization and a transformative vision of how our species will thrive on an unpredictable Earth.

The viruses keep coming, the climate is warming, and the Earth is rewilding. Our human family has no playbook to address the mayhem unfolding around us. If there is a change to reckon with, argues the renowned economic and social theorist Jeremy Rifkin, it’s that we are beginning to realize that the human race never had dominion over the Earth and that nature is far more formidable than we thought, while our species seems much smaller and less significant in the bigger picture of life on Earth, undermining our long-cherished worldview. The Age of Progress, once considered sacrosanct, is on a deathwatch while a powerful new narrative, the Age of Resilience, is ascending.

In The Age of Resilience, Rifkin takes us on a new journey beginning with how we reconceptualize time and navigate space. During the Age of Progress, efficiency was the gold standard for organizing time, locking our species into the quest to optimize the expropriation, commodification, and consumption of the Earth’s bounty, at ever-greater speeds and in ever-shrinking time intervals, with the objective of increasing the opulence of human society, but at the expense of the depletion of nature. Space, observes Rifkin, became synonymous with passive natural resources, while a principal role of government and the economy was to manage nature as property. This long adhered to temporal-spatial orientation, writes Rifkin, has taken humanity to the commanding heights as the dominant species on Earth and to the ruin of the natural world.

In the emerging era, says Rifkin, efficiency is giving way to adaptivity as the all-encompassing temporal value while space is perceived as animated, self-organizing, and fluid. A younger generation, in turn, is pivoting from growth to flourishing, finance capital to ecological capital, productivity to regenerativity, Gross Domestic Product to Quality of Life Indicators, hyper-consumption to eco-stewardship, globalization to glocalization, geopolitics to biosphere politics, nation-state sovereignty to bioregional governance, and representative democracy to citizen assemblies and distributed peerocracy.

Future generations, suggests Rifkin, will likely experience existence less as objects and structures and more as patterns and processes and come to understand that each of us is literally an ecosystem made up of the microorganisms and elements that comprise the hydrosphere, lithosphere, atmosphere, and biosphere. The autonomous self of the Age of Progress is giving way to the ecological self of the Age of Resilience. The now worn scientific method that underwrote the Age of Progress is also falling by the wayside, making room for a new approach to science called Complex Adaptive Systems modeling. Likewise, detached reason is losing cachet while empathy and biophilia become the norm.

At a moment when the human family is deeply despairing of the future, Rifkin gives us a window into a promising new world and a radically different future that can bring us back into nature’s fold, giving life a second chance to flourish on Earth. 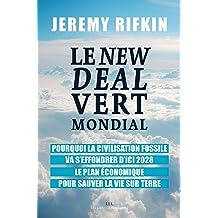 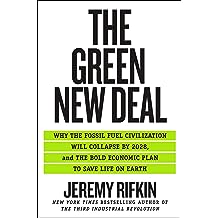 A new vision for America’s future is quickly gaining momentum. Facing a global emergency, a younger generation is spearheading a national conversation around a Green New Deal and setting the agenda for a bold political movement with the potential to revolutionize society. Millennials, the largest voting bloc in the country, are now leading on the issue of climate change.

While the Green New Deal has become a lightning rod in the political sphere, there is a parallel movement emerging within the business community that will shake the very foundation of the global economy in coming years. Key sectors of the economy are fast-decoupling from fossil fuels in favor of ever cheaper solar and wind energies and the new business opportunities and employment that accompany them. New studies are sounding the alarm that trillions of dollars in stranded fossil fuel assets could create a carbon bubble likely to burst by 2028, causing the collapse of the fossil fuel civilization. The marketplace is speaking, and governments will need to adapt if they are to survive and prosper.

In The Green New Deal, New York Times bestselling author and renowned economic theorist Jeremy Rifkin delivers the political narrative and economic plan for the Green New Deal that we need at this critical moment in history. The concurrence of a stranded fossil fuel assets bubble and a green political vision opens up the possibility of a massive shift to a post-carbon ecological era, in time to prevent a temperature rise that will tip us over the edge into runaway climate change. With twenty-five years of experience implementing Green New Deal–style transitions for both the European Union and the People’s Republic of China, Rifkin offers his vision for how to transform the global economy and save life on Earth. 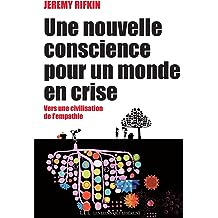 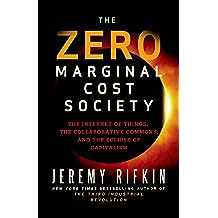 In The Zero Marginal Cost Society, New York Times bestselling author Jeremy Rifkin describes how the emerging Internet of Things is speeding us to an era of nearly free goods and services, precipitating the meteoric rise of a global Collaborative Commons and the eclipse of capitalism.

Rifkin uncovers a paradox at the heart of capitalism that has propelled it to greatness but is now taking it to its death—the inherent entrepreneurial dynamism of competitive markets that drives productivity up and marginal costs down, enabling businesses to reduce the price of their goods and services in order to win over consumers and market share. (Marginal cost is the cost of producing additional units of a good or service, if fixed costs are not counted.) While economists have always welcomed a reduction in marginal cost, they never anticipated the possibility of a technological revolution that might bring marginal costs to near zero, making goods and services priceless, nearly free, and abundant, and no longer subject to market forces.

Now, a formidable new technology infrastructure—the Internet of things (IoT)—is emerging with the potential of pushing large segments of economic life to near zero marginal cost in the years ahead. Rifkin describes how the Communication Internet is converging with a nascent Energy Internet and Logistics Internet to create a new technology platform that connects everything and everyone. Billions of sensors are being attached to natural resources, production lines, the electricity grid, logistics networks, recycling flows, and implanted in homes, offices, stores, vehicles, and even human beings, feeding Big Data into an IoT global neural network. Prosumers can connect to the network and use Big Data, analytics, and algorithms to accelerate efficiency, dramatically increase productivity, and lower the marginal cost of producing and sharing a wide range of products and services to near zero, just like they now do with information goods.

The plummeting of marginal costs is spawning a hybrid economy—part capitalist market and part Collaborative Commons—with far reaching implications for society, according to Rifkin. Hundreds of millions of people are already transferring parts of their economic lives to the global Collaborative Commons. Prosumers are plugging into the fledgling IoT and making and sharing their own information, entertainment, green energy, and 3D-printed products at near zero marginal cost. They are also sharing cars, homes, clothes and other items via social media sites, rentals, redistribution clubs, and cooperatives at low or near zero marginal cost. Students are enrolling in free massive open online courses (MOOCs) that operate at near zero marginal cost. Social entrepreneurs are even bypassing the banking establishment and using crowdfunding to finance startup businesses as well as creating alternative currencies in the fledgling sharing economy. In this new world, social capital is as important as financial capital, access trumps ownership, sustainability supersedes consumerism, cooperation ousts competition, and "exchange value" in the capitalist marketplace is increasingly replaced by "sharable value" on the Collaborative Commons.


Rifkin concludes that capitalism will remain with us, albeit in an increasingly streamlined role, primarily as an aggregator of network services and solutions, allowing it to flourish as a powerful niche player in the coming era. We are, however, says Rifkin, entering a world beyond markets where we are learning how to live together in an increasingly interdependent global Collaborative Commons. 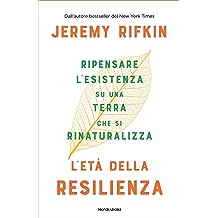 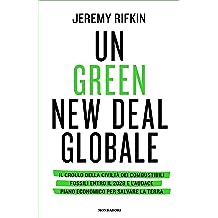