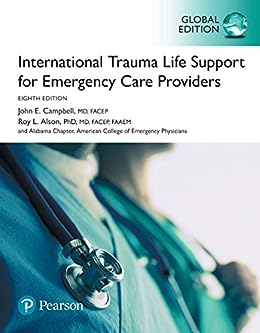 John E. Campbell, MD, FACEP
Dr. Campbell received his BS degree in pharmacy from Auburn University in 1966 and his medical degree from the University of Alabama at Birmingham in 1970. He has been in the practice of Emergency Medicine for 40 years, practicing in Alabama, Georgia, New Mexico, and Texas. He became interested in prehospital care in 1972 when he was asked to teach a basic EMT course to members of the Clay County Rescue Squad. He is still an honorary member of that outstanding group. Since then, he has served as medical director of many EMT and paramedic training programs. He recently retired as the Medical Director for EMS and Trauma for the State of Alabama.

He was a member of the first faculty of Emergency Medicine at the School of Medicine, University of Alabama at Birmingham. In 1991 he was the first recipient of the American College of Emergency Medicine’s EMS Award for outstanding achievement of national significance in the area of EMS. In 2001 he received the Ronald D. Stewart Lifetime Achievement Award from the National Association of EMS Physicians. He is currently retired from clinical practice and resides on his farm in Montgomery, Alabama.

His EMS career began in the early 1970s as an EMT in New York City. As a graduate student, Dr. Alson became a member of the Winston-Salem Rescue Squad and began working for the Forsyth County EMS as an EMT. Upon completion of his residency, Dr. Alson returned to Wake Forest University and the Forsyth County EMS system, serving as Assistant Medical Director for 14 years and Medical Director for the last 12 years. He remains actively involved in the education of EMS personnel.
Dr. Alson’s involvement with ITLS dates to the 1980s. He served as the North Carolina Chapter Medical Director for 15 years. Since the 1990s he has been a member of the editorial board for ITLS as well as a contributing author. With this edition, he joins Dr. Campbell as co-editor in chief.

Along with EMS, disaster medicine is an area of interest. Dr. Alson serves as the Medical Director for the North Carolina State Medical Response System (NC SMAT) program. He has served as the Chairman of the Disaster Preparedness and Response Committee for American College of Emergency Physicians, as well as a member of the EMS Committee for the American Academy of Emergency Physicians. He is the Chairman for the NAEMSP Disaster Preparedness Committee for 2014-16.
He has served with the National Disaster Medical System (NDMS) for 20 years, and is currently a member of the International Medical Surgical Response Team East (IMSURT—E). He previously served as the Commander and Deputy Commander for the North Carolina Disaster Medical Assistance Team (NC-DMAT-1), and as Deputy Commander of the National Medical Response Team East (NMRT East) teams, a division within the NDMS.

Dr. Alson has been a responder on dozens of nationally declared disasters. He is a subject matter expert in the delivery of care in austere and surge type conditions and has lectured nationally and internationally on prehospital trauma care and disaster medicine.

He and his wife Rebecca reside in Winston-Salem.

Anthony O'Connor
1,0 sur 5 étoiles Extremely disappointed-snide version!!
Commenté au Royaume-Uni le 20 juin 2018
Achat vérifié
Extremely disappointed to see that this is not only the book I didn’t order but also that the pages appear to have been photocopied, making it difficult to see the pictures because of their black and white nature!
En lire plus
Signaler un abus
Traduire les commentaires en Français