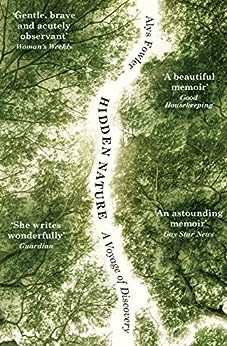 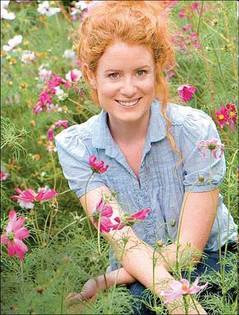 'Fowler's moving memoir charts her experience of coming out as a gay woman, alongside her journey through Birmingham's canal networks, mapping both the waterways and the travails of her heart.' Observer

'An emotional and compelling memoir, that left me inspired, both by her bravery in transforming her life, and by the unexpected beauty she finds along the way' Countryfile Magazine

'Fowler beautifully exposes her emotional fragility while also celebrating the unloved nature of buddleia, herons and even the water rats who take refuge among the locks.' i paper

'She writes wonderfully about the species that have carved out a place for themselves amid the discarded shopping trolleys, condom packets and industrial waste' Guardian

Leaving her garden to the mercy of the slugs, the Guardian's award-winning writer Alys Fowler set out in an inflatable kayak to explore Birmingham's canal network, full of little-used waterways where huge pike skulk and kingfishers dart.

Her book is about noticing the wild everywhere and what it means to see beauty where you least expect it. What happens when someone who has learned to observe her external world in such detail decides to examine her internal world with the same care?

Beautifully written, honest and very moving, Hidden Nature is also the story of Alys Fowler's emotional journey and her coming out as a gay woman: above all, this book is about losing and finding, exploring familiar places and discovering unknown horizons.

"I felt as if I'd paddled into a new country." The gardening author and Guardian columnist with a distinctive memoir in which she forsakes her garden and takes to paddling Birmingham's little-used canal network in an inflatable kayak. The time and space she allows herself for nature observation--kingfishers, waterlilies, pikes, freshwater mussels and blackberries are all beautifully reflected on--is mirrored by her exploration of her internal self, particularly in the light of leaving her marriage and coming out as gay. An enchanting book which somehow manages to be both gutsy and delightfully soothing. (The Bookseller)

In the beautiful memoir Hidden Nature: A Voyage of Discovery, TV gardener Alys Fowler steers a barge around Birmingham's waterways, noting the plants and realising, after 12 years as wife and carer to her husband, that she has fallen in loe=ve with a woman. (Good Housekeeping)

She writes wonderfully about the species that have carved out a place for themselves amid the discarded shopping trolleys, condom packets and industrial waste (Guardian)

Hidden Nature is one of the most thrilling things I've read in a long time. (Waterways World)

Alys Fowler is an award winning journalist and passionate gardener. She is the author of several books and writes a weekly column on gardening for Guardian Weekend magazine. She lives in Birmingham. --Ce texte fait référence à l'édition kindle_edition.

Gavin RdV
5,0 sur 5 étoiles A fantastically well written book
Commenté au Royaume-Uni le 14 juillet 2017
Achat vérifié
I admit I bought this book as an exploration of the Birmingham canals not realising the dual nature of the title and that it is as much abouts Alys's discovery of her own hidden nature. However I would recommend this book as it is so well written I've read it at every available opportunity. I hope that the author writes more, possibly more of a paddling and nature guidebook perhaps But quite frankly if she writes about how concrete is made and its uses in early industrial chimneys I'll buy the book and read cover to cover.
This deserves 6 stars
En lire plus
23 personnes ont trouvé cela utile
Signaler un abus
Traduire les commentaires en Français

Foxfire
5,0 sur 5 étoiles Brilliantly written - could not put it down
Commenté au Royaume-Uni le 3 mars 2018
Achat vérifié
I heard about the book on loose woman and was interested about the canal journey, the flora and fauna she encountered on her visit and her "finding herself'. This book did not disappoint. I could not put the book down from the first word to the last. I read 10 chapters in one go and was fascinated by her well described observations from the old factories, plants and the wildlife around the whole area. The book is so well written and the descriptions are vivid. I could visualise the river from Alys description vividly. Every sentence became like a dream, I dream I dream too.

I share this authors enthusiasm for adventure, I still dream of my adventures in Africa, South east Asia which I had the pleasure to visit. I also dream of many other adventures in beautiful and fantastic Britain.

Ellen
5,0 sur 5 étoiles A voyage of discovery - both internally and externally.
Commenté au Royaume-Uni le 26 septembre 2017
Achat vérifié
A beautifully descriptive book both about the canals and surrounding landscape of Birmingham, and Alys' coming out process. Her journeys down the waterways of Birmingham are colourfully told - from the people she meets, to the plants and animals that thrive there. But for me it is her turmoil in accepting that she is gay and her guilt in leaving her ill husband behind, that strikes a chord. However, like paddling down the 3 mile tunnel in complete darkness (you have to read the book), she eventually sees the light and subsequent happiness with her new partner. A five star read - my only regret being that I wish there were more lesbian memoirs like this, particularly from women who have come out later in life, as I am sure it would help a lot of people. Nevertheless, Alys thank-you for writing this.
En lire plus
4 personnes ont trouvé cela utile
Signaler un abus
Traduire les commentaires en Français

Paulo92
5,0 sur 5 étoiles Beautiful
Commenté au Royaume-Uni le 13 janvier 2018
Achat vérifié
Beautifully written. I feel like I'm travelling to another place while reading it. Alys Fowler has a gentle and philosophical way of looking at the world and this is a very personal view of nature and her life. She is my favourite tv gardener and I often use recipes from her book 'The Edible Garden' but this book is much more autobiographical and lovely to read. I live in a city and really chime with her perspctive of seeing the nature all around us. You dont need to live on acres of land in the far hills to feel surrounded by plants and wildlife. I keep finding myself searching for local places to wild swim or hire a boat now!
En lire plus
5 personnes ont trouvé cela utile
Signaler un abus
Traduire les commentaires en Français

Amazon Customer
5,0 sur 5 étoiles Beautifully honest!
Commenté au Royaume-Uni le 27 janvier 2021
Achat vérifié
Highly recommended. A cracker of a book!
If we all addressed our own 'hidden nature' with the honesty and feeling the writer does here then perhaps the world would be a better place. Not only did I enjoy the descriptions of the plants and wildlife but I recognise the courage it took to describe the writer's innermost feelings. Great respect!
En lire plus
Signaler un abus
Traduire les commentaires en Français
Afficher tous les commentaires
Retour en haut
Pour mieux nous connaître
Gagnez de l'argent
Moyens de paiement Amazon
Besoin d'aide ?
© 1996-2022, Amazon.com Inc. ou ses affiliés