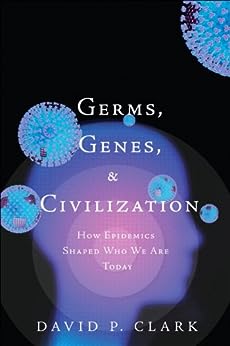 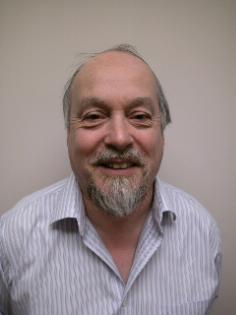 “Clear, thoughtful, and thought-provoking, Germs, Genes & Civilizationmakes the case that infectious diseases have played a major role in shaping society. Clark argues that religion, morals, and even democracy have all been influenced by the smallest and most dangerous organisms on our planet. While you may not accept every argument, you will be stimulated, entertained, and enlightened.”

“Clark presents an insightful explanation of the invisible history all around us. He conveys the essential facts in a riveting and engaging manner that everyone, including the nonscientist, will find exceptionally interesting and revealing.”

“Germs, Genes & Civilizationis a fascinating and well-balanced account of how a wide variety of different kinds of microbes have influenced human evolution, culture, society, and even religious thought. Written for a lay audience, the relationships between genes and disease resistance and susceptibility are clearly discussed, and the book concludes with a sober assessment of what may be in store for us in the future.”

Irwin W. Sherman, Professor Emeritus, University of California, Riverside, and author of Twelve Diseases That Changed Our World and The Power of Plagues

The Stunning Hidden Interconnections Between Microbes and Humanity

AD 452: Attila the Hun stands ready to sack Rome. No one can stop him--but he walks away. A miracle? No...dysentery. Microbes saved the Roman Empire. Nearly a millennium later, the microbes of the Black Death ended the Middle Ages, making possible the Renaissance, western democracy, and the scientific revolution. Soon after, microbes ravaged the Americas, paving the way for their European conquest.

Again and again, microbes have shaped our health, our genetics, our history, our culture, our politics, even our religion and ethics. This book reveals much that scientists and cultural historians have learned about the pervasive interconnections between infectious microbes and humans. It also considers what our ongoing fundamental relationship with infectious microbes might mean for the future of the human species.

The “good side” of history’s worst epidemics

The surprising debt we owe to killer diseases

Where diseases came from...

...and where they may be going

Children of pestilence: disease and civilization

From Egypt to Mexico, from Rome to China

How microbes can shape cultural cycles of puritanism and promiscuity

David Clark was born June 1952 in Croydon, a London suburb. After winning a scholarship to Christ’s College, Cambridge, he received his Bachelor of Arts degree in 1973. In 1977, he earned his Ph.D. from Bristol University for work on antibiotic resistance. David then left England for postdoctoral research at Yale and then the University of Illinois. He joined the faculty of Southern Illinois University in 1981 and is now a professor in the Microbiology Department. In 1991, he visited Sheffield University, England, as a Royal Society Guest Research Fellow. The U.S. Department of Energy funded David’s research into the genetics and regulation of bacterial fermentation from 1982 till 2007. David has published more than 70 articles in scientific journals and graduated more than 20 masters and Ph.D. students. David is the author of Molecular Biology Made Simple and Fun, now in its third edition, as well as three more serious textbooks.

Rachel
5,0 sur 5 étoiles Really interesting and informative
Commenté au Royaume-Uni le 4 septembre 2013
Achat vérifié
A really interesting and informative insight into how disease is spread, and the fact that many diseases are actually quite modern occurrences. It gives a brief explanation of how the diseases formed without the overly scientific, technical terms that often make books difficult to understand. It didn't focus too much on one specific country or continent, or on specific diseases, giving detailed case studies on the spread of things such as AIDs and TB. I also liked the fact is discussed the types of diseases which may have been around during ancient times as well as Roman and Mayan, and how diseases may have morphed into the ones we know today.
En lire plus
Signaler un abus
Traduire les commentaires en Français

Martensgirl
4,0 sur 5 étoiles Fascinating!
Commenté au Royaume-Uni le 7 octobre 2013
Achat vérifié
I found this book very interesting. My only real criticism is that there is slight repetition (which I feel could be overcome by better editing) and a lack of numbered references. This may be a deliberate move to make it more readable but I am interested in pursuing the evidence. This book would be ideal for anyone interested in how pathogens spread, why some bring civilisations to their knees when others barely cause any bother. A fascinating read.
En lire plus
Signaler un abus
Traduire les commentaires en Français

Reader
5,0 sur 5 étoiles You will never look at civlisation (or disease) the same way again.
Commenté au Royaume-Uni le 19 janvier 2012
Achat vérifié
A thoroughly enjoyable and detailed look at the possibilities that disease may well have been a major driving factor in our history, far more than we care to realise. Although it is very onesided, it will certainly make you think.
En lire plus
Une personne a trouvé cela utile
Signaler un abus
Traduire les commentaires en Français

oldcaman
3,0 sur 5 étoiles No wonder religion is in our genes...
Commenté aux États-Unis le 5 mai 2012
Achat vérifié
Many thoughtful reviews here. To me the most impressive part of the book is its very persuasive presentation of the role of religion (mostly in the past but still very much with us) in understanding and treating infectious diseases.

Not that prayers ever cured any infectious (or other) disease but it certainly looked that way for the ones who survived. Did natural selection took place favoring 'believers' over non-believers? As the author documents, the common sense of some 'religious' practices (basically improving hygiene and segregating the sick) may have been helpful regardless of their 'supernatural' origin.

To be human means, among other things, is to understand WHY things (not only diseases) are happening. For most of the existence of our species correct explanations (mostly science) did not exist. So, religion in a general sense - many varieties of it - substituted in the past and for a very large number of people it still does.

Not much we, a small minority of agnostics, can do about it. It is in our genes and there may not be a natural selection to increase our numbers. We may feel superior (good for us...) but we will die just like anyone else from mostly circulatory diseases or cancer. No natural selection here.

The author apparently likes cats and so do I. Will it prolong our procreative lives? Certainly not. The author is not even married...
En lire plus
Une personne a trouvé cela utile
Signaler un abus
Traduire les commentaires en Français

Tai Chi
4,0 sur 5 étoiles The Key To Understanding A Lot Of History
Commenté aux États-Unis le 24 août 2010
Achat vérifié
What was it that killed two of the best of the Roman Emperors, one of them still near his prime? I'm talking about the legendary philosopher-king Marcus Aurelius, the flower of the Ancient World. Was it one of Rome's infamous civil wars? Was it the northern Barbarians breaching Rome's frontiers? Was it Gibbon's hypothesized loss of will or a loss of enthusiasm in the troops or the population? According to this interesting book, the answer is none of the above. The invisible enemy that impacted Rome greatly - what some of Marcus Aurelius' less-educated contemporaries would have viewed as evil spirits - did it. Yep, it was germs. Germs did in two of the greatest of the Emperors and ravaged the population at that time with a 50 percent death rate. Imagine going into work and finding 50 percent of the people had died in the span of a couple of months. Would anyone go into work at all? Well, the plague that took out Marcus (and his co-Emperor a few years earlier) was just one of a series of plagues that burned through the Roman Empire for a span of hundreds of years, even right down to the last world-stomping Emperor Julian. These cataclysms continued until the Pax Romana was over, Europeans built some resistance, and the plagues couldn't find so much fresh meat. Plagues for which the Romans had little resistance conquered them, not the Huns. The Huns dropped like flies from Roman germs before they ever got to Rome. I've puzzled over the Roman Empire for years. We hear about it all the time. Every talking head equates the U.S., the U.K., or the U.S.S.R. with Rome, and I've always been skeptical since their warfare tool of preference was pikes, and a high tech military innovation was the horse shoe. This book, whatever its flaws may be, holds the key to understanding a shockingly large amount of human history. Everyone should read it. Rome had no medical science as we know it, and no defenses against Smallpox, Measles, Mumps, the Bubonic Plague, or the other diseases that traveled the Roman roads - burning through the manpower and economic vitality of the Empire, from Rome to Constantinople. This book is a readable and logical survey of the major impact of germs on our history.
En lire plus
Une personne a trouvé cela utile
Signaler un abus
Traduire les commentaires en Français
Afficher tous les commentaires
Retour en haut
Pour mieux nous connaître
Gagnez de l'argent
Moyens de paiement Amazon
Besoin d'aide ?
© 1996-2021, Amazon.com, Inc. ou ses filiales.