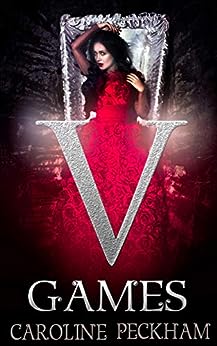 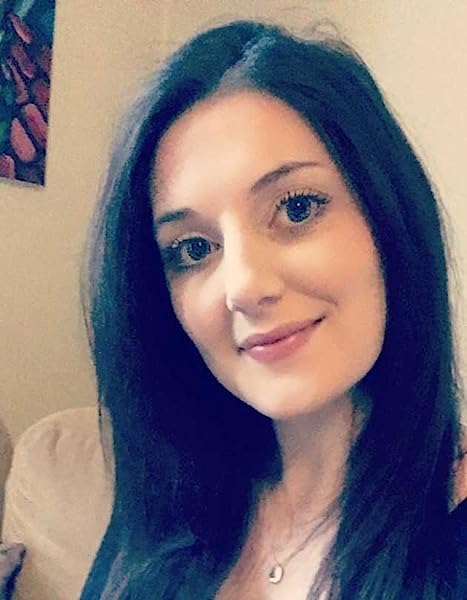 I thought being sent to prison was bad, but that was before I was kidnapped by a vampire.

Maybe I deserve this - I'm a killer after all. But being hunted daily by those bloodthirsty creeps is downright inhumane.

It's hard to trust the other girls because they've all done terrible things. But our crimes don't matter here. We're judged by one thing alone...

Our ability to survive.

It's how they place their bets.

And then there's him. Varick Cartright. The terrifying vampire who brought me here.

I'd be blind if I didn't notice how beautiful he is. But he's my captor and there's no chance in hell I'll let him slip past my defences.

Sometimes...in the dead of night, I sense him watching me. And a feeling deep in my bones makes me wonder if he wants to save me from this terrible fate.

Maybe the vampires aren't our enemies after all. Maybe it's them. The ones who watch.

But there's a reason I'm still standing in this game.

I'm a survivor, not a killer.

And they're about to find out what the difference is.

This is a medium burn romance suitable for UPPER YA readers with violence and non-graphic love scenes. Perfect for fans of Vampire Royals, The Vampire Wish, The Hunger Games and The Faerie Games.

The V GAMES is a COMPLETE TRILOGY with every three books marking a new season in the series.

Rani
4,0 sur 5 étoiles Happily Suprised
Commenté au Royaume-Uni 🇬🇧 le 6 avril 2019
Achat vérifié
The start of this certainly drew me in, especially as I was expecting it start differently, yay to the surprise. The book alternates between first person POV of the main characters, human Selena and vampire Varick.

So, Selena’s life is going from worse to much worse – incarcerated for killing her douchebag stepfather and vilified by society, she is then selected to play in the V Games - survival games where people for entertainment watch and make bets as vampires try to kill their prey – humans. The humans selected like Selena are all from prisons. If Selena and any of the women survive, they have been promised freedom and that their crimes will be wiped from the minds of the people around them/the society they reside in.

My introduction to the Van Helsing hunters made me dislike them and that didn’t change by the end of this book – they’re definitely not the heroes in the world the author has created.

I really liked Selena, she is resilient, fierce in wanting to survive and has a heart. Varick was unexpected and I see him and Selena kicking some serious ass in the next book. The progression of Varick and Selena’s relationship in this first book felt realistic and I’m looking forward to seeing what happens next.

This book has a really fast paced plot, which I enjoyed, there were no wasted moments.

V Games does end on a small cliffy, thank goodness all the books are available via KU.

Happy Author
5,0 sur 5 étoiles Hungry for more!
Commenté au Royaume-Uni 🇬🇧 le 8 juin 2018
Achat vérifié
I came across this author by watching a podcast by the science fiction & fantasy trio, and was intrigued by what she had to say about her book V Games, I'm working on my own vampire story at the moment, and just had to check out what sounded like a good read. So glad I did...the story was everything the author promised it to be, a little bit of 'the hunger games' with a lot of vampire action. I loved the heroine (very much a Kat/Buffy character) and Varick was just as strong and well rounded of a character too. The adventure is both thrilling and horrifying, perfect for this kind of YA story. The author's style is gripping, I love a good page turner and this first instalment of the series was just that. I bought the kindle version of the book to listen to while on my daily walk and loved every moment...so much so, I'm definitely going to buy the next book in the series.
En lire plus
Une personne a trouvé cela utile
Signaler un abus
Traduire les commentaires en Français

Vampires, love em, hate em, they make for a great read and this book does not disappoint. The story begins with Selena jailed for murdering her abusive step father. Into the prison comes Varick, is he the hero or the villain? Read the book, make up your own mind. V Games is brutal, blood thirsty, and not just from the Vampires. An island full of ravenous Vampires, 12 scared girls, Hunters and blood thirsty gamblers make for a damn good read. The book is full of twists and turns a brilliant story line with a cliff hanging twist at the end, leaves you thirsty for more. Thoroughly enjoyed the book and look forward to the next. Read it, A*******************
En lire plus
2 personnes ont trouvé cela utile
Signaler un abus
Traduire les commentaires en Français

sue ward
5,0 sur 5 étoiles Fangtastic
Commenté au Royaume-Uni 🇬🇧 le 10 novembre 2017
Achat vérifié
Fantastic, this is a new author to me and I’m hooked. This story is deliciously different from most vampire stories I’ve read and I could not put it down. I’ve seen it described as the hunger games with Vampires and that’s a fitting description but so much better than I imagined.
Could you do whatever it takes to survive ? Would you/could you sacrifice someone else to give yourself a better chance ? Safety in numbers or better alone ? These are some of the dilemmas faced by those that find themselves in this waking nightmare !
As for the intriguing ending, well, let’s just say I’m gonna be one of the first in line for the next book.
En lire plus
Signaler un abus
Traduire les commentaires en Français