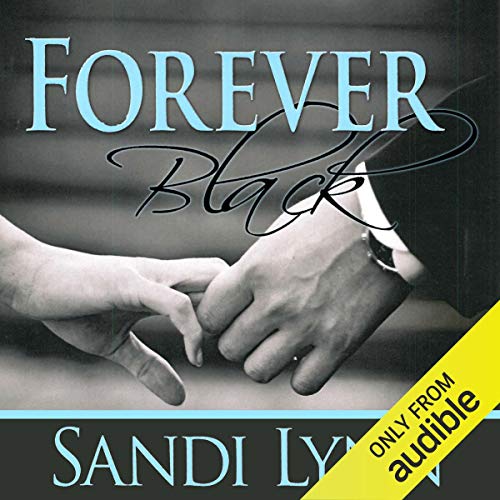 When Ellery moved to New York with her boyfriend, she thought they’d live happily ever after in their small New York apartment. She never thought he’d pack his bags and leave because he “needed space”.

With her newfound single status and fear of being alone, Ellery buries herself in her artwork and paintings until one night she helps a mysterious intoxicated stranger get home safely. Little did she know the mysterious stranger is none other than CEO and millionaire Connor Black. After finding Ellery in his kitchen the next morning and assuming she broke his #1 rule about sleepovers, he becomes intrigued, not only by her stubbornness and defiance, but by her kindness.

Connor Black, emotionally dead and damaged, stemming from a personal tragedy, made a vow to never love or fall in love with a woman, until Ellery Lane walked into his life by accident. After she opens up and shows him her world, Connor starts to feel emotions and feelings he never knew existed. Despite the rumors and warnings regarding Connor Black and his use and misuse of women, Ellery finds herself being drawn into his world.

Ellery knows they can never be together because she is harboring a deep secret that could destroy Connor emotionally forever. Join Connor and Ellery as they embark on a journey of courage, love and strength. Will it be enough to save them?

Sarah B
2,0 sur 5 étoiles Unrealistic
Commenté au Royaume-Uni le 28 avril 2021
Achat vérifié
There really is very little about this book that is realistic. I appreciate books are meant to be an escapism from real life but this one isn't an escapism is far from it.
Ellery and Connor despite being adults behave like children back and forth between petty little arguments. Neither character is very relatable.
Add in that Ellery has cancer - the type is never specified - but doesn't immediately seek treatment, then she decides to but even that is unrealistic, then after 1 round decides nah its not for me let's bugger off to California to join a medicine trial.... hmm.

Such a shame really because the storyline albeit weak does work and it could be an enjoyable read.

With a bit of an overhaul this would be a great read and one I feel could be read again and again. But for me currently there is nothing about this book that is relatable or realistic and certainly not worth paying for the 2nd book for.
En lire plus
Signaler un abus
Traduire les commentaires en Français

Anita
5,0 sur 5 étoiles Good
Commenté au Royaume-Uni le 12 mai 2021
Achat vérifié
Heart renching story, total rollercoaster, Ellery is a fiesty character that loves hard, Connor is a alpha male, tissues were needed but there is also some laugh out loud moments. Not sure where the story is going as at the end there's the prologue ands about Connor previous relationship. This is the first book I have read by Sandi Lynn really enjoyed it.
En lire plus
Signaler un abus
Traduire les commentaires en Français

Mrs A
4,0 sur 5 étoiles Another typical Sandi Lynn Book
Commenté au Royaume-Uni le 4 décembre 2020
Achat vérifié
Sandi Lynn’s books usually have a common theme, rich handsome man meets beautiful woman they eventually fall in love. Obviously there’s more to the book and I enjoyed this story more than some others I’ve read by this author. Ellery and Connor meet in unusual circumstances and quickly become a couple but Ellery has a secret that threatens to tear them apart. Well worth a read.
En lire plus
Signaler un abus
Traduire les commentaires en Français

Julie Kirby
4,0 sur 5 étoiles good storyline
Commenté au Royaume-Uni le 28 novembre 2013
Achat vérifié
I enjoyed Elle and Connor's story, they overcame a lot of lows, had some great highs, there were some funny moments but on the whole it was fairly sombre.

We first meet Elle after her long term term boyfriend Kyle left her, we didn't know why at the time, but it was the best thing that happened. I thought how odd it was at the time but he had got in touch with Peyton, who I loved to bits, to keep an eye on Elle.

Peyton was a breath of fresh air, crazy chick. but had a huge heart of gold. She really loved Elle, and would do anything to help her friend.

Elle had had a really hard 23 years, loosing her mom aged 6, then her dad aged 18! and needed some luck in her life, but she was always there to help people out, she was a good samaratian had a beautiful heart.

So when she meets Connor in the club, being thrown out drunk, she helped him back to his apartment, got him inside and put him to bed. He meets her in the morning after giving her the rules speak, I giggled at this, she came back with a great answer she was really ballsy. She didn't take any of his CEO demanding nonsense.

Elle gets some bad news and has to go back to her home town, she goes to a family funeral which brings back memories, when she's had enough of hearing stories she stands up for herself, with Connor for support they get away from thge funeral, only for Kyle to show up and throw their lives in turmoil. The secrets start to unravel, Connor finds out Elle has been harbouring a big secret, she is sick really sick. He runs leaving her to get herself home. They spend time apart, but make their way back to each other, he has lived with a secret of his own, and won't let anyone in, has meaningless sex with women, not wanting a relationship until he meets Elle.

She runs again, but this time she goes out of state, to get treatment, he finds her again and goes with her whilst she has treatment, they really do love each other and begin to work on their future. A really tough storyline, but written with compasdion , alright there might be some typo's but that didn't detract from the heartfelt storyline.
En lire plus
Une personne a trouvé cela utile
Signaler un abus
Traduire les commentaires en Français

MissusP
5,0 sur 5 étoiles Great stand alone story - don't bother with the other books in this 'trilogy' as it is not a trilogy in the usual sense
Commenté au Royaume-Uni le 28 octobre 2013
Achat vérifié
Yes its the usual billionaire meets younger woman and they can't be apart. But it has a different storyline which I am not going to mention as I don't wish to spoil it. This is a brilliant book and I thoroughly recommend it.

The characters are likeable and I empathised with both, the angst got a little too much midway through the book but then it got back on track and altogether was a fab read.

Please note, although this is a 'trilogy' the first book is a complete story and in my opinion it would not be worth reading books 2 and 3. Book 2 is the same story from his POV. Book 3 just continues 'their story' - I don't feel the need to read this as their story is complete in book 1.

I suspect that this book was originally written as a stand-alone but the author has decided to milk the cash cow! Please don't be put off or assume I didn't like the book by this comment as I did really like the story. I would look for others by the same author but I don't need to read any more about Connor and Ellery as their story is complete.
En lire plus
Signaler un abus
Traduire les commentaires en Français
Afficher tous les commentaires