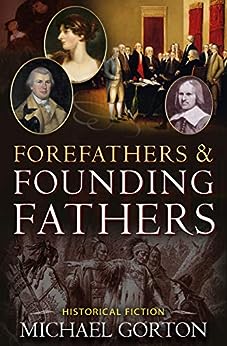 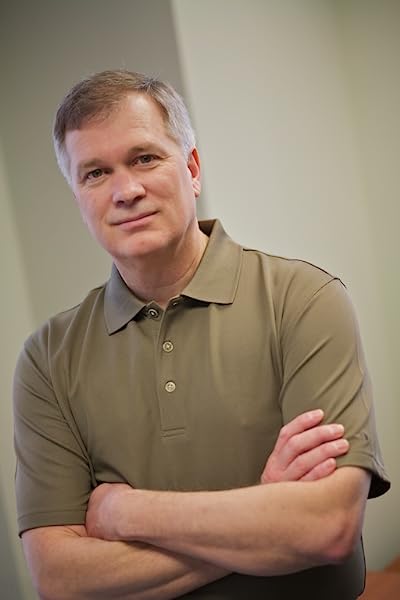 As a child, Michael Gorton was the poor kid next door who had a dream and was willing to work to achieve that dream. He grew up in a lower middle class family but his parents and four siblings taught him to set goals and stay persistent. While working full time, he made time to earn degrees in Physics, Engineering and Law. After working 12 years as an engineer manager in corporate America, he is now a serial entrepreneur who has founded 8 companies. Amongst those are notables: Internet Global, Palo Duro Records and TelaDoc, now the world’s largest telemedicine company. Michael has been a prolific writer, authoring technical articles on a wide range of topics including Internet, power systems, remote metering and disconnect, solar, electric vehicles, healthcare, telemedicine, astronomy, physics and music.

Forefathers & Founding Fathers is Michael’s 5th novel. The first four: USSA, Lex Talionis, Tachyon Tunnel, and Born Again American were all written for fun with the intent of giving to a small group of friends and family, although Born Again American took on a life of its own. The initial goal with Forefathers, was similar - to just give to friends & family, but while researching, Gorton realized this was an important and unknown story that needed to be told. Forefathers has begun with remarkable success and positive feedback.

Michael is a runner who has completed 18 marathons, a black belt in Kenpo karate, and mountain climber. He and his family are currently climbing the highest points of elevation in the fifty states. They have 38 done.

It is also a very interesting book for providing a picture of the Indians at a time when they were equal belligerents, enemies and allies, not just scattered tribes.

A. Brown
5,0 sur 5 étoiles An Engaging, Worthwhile Look Into America's Unsung Freedom Fighters
Commenté aux États-Unis le 13 mai 2016
Achat vérifié
Michael Gorton's insightful novel delicately weaves documented history with possible underpinnings. What results is a living, breathing portraiture of early visionaries who planted the seeds that took root and blossomed into the inalienable rights that America’s founding fathers fought to secure for the generations to come. At the heart of Mr. Gorton’s tale is a reexamination of lesser known, yet key, figures in early American history and the immeasurable debt we owe them for standing up for the religious freedoms and civil liberties of everyone despite the great personal costs. For anyone benefitting from “life, liberty, and the pursuit of happiness,” this book is a thought-provoking, accessible must-read.
En lire plus
6 personnes ont trouvé cela utile
Signaler un abus
Traduire les commentaires en Français

Roger L. Stoughton
5,0 sur 5 étoiles Heros and heroines who fought for religious freedom in the 1600s in Rhode Island
Commenté aux États-Unis le 2 juillet 2017
Achat vérifié
How or from whom did our Founding Fathers get their world changing ideals of religious freedom and separation of church and state that are now enshrined in our Constitution? In his recent work of historical fiction, "Forefathers & Founding Fathers," Michael Gorton chronicles the life of Samuel and Mary Maplett Gorton. Like many refugees from England, they sought religious freedom in the Puritan Massachusetts Colony in 1637. Unfortunately, they encountered an autocratic theocracy like the one they left in England. The Puritan leaders were cruel and meted our violent punishments, banning from the Colony, or even hanging for those who did not obey their rigid beliefs. Samuel was soon banned and forced to trek to Rhode Island territory through winter storms. Samuel and Mary collaborated with Roger Williams and other free thinkers there, but they were harassed for years by the Puritan leaders who tried to silence them and annex their lands. This dramatic and harrowing story tells how they eventually achieved their independence, and their ideals were bequeathed to later generations including our Founding Fathers. The author makes a special point of highlighting the education, intelligence and supportive ideals of Samuel's wife, Mary Maplett. He has created touching dialogue to suppose how these loving partners survived their ordeals and produced nine children in almost 50 years of marriage. They now have thousands of descendants. The author also includes the stories of Anne Hutchinson and Mary Dyer, two outspoken heroines who were martyred by the Puritan leaders; he touts their bravery from a time when women were supposed to obey and be quiet. The book is written in clear, simple language and should be suitable and inspiring for both adults and high school students. The book should be the basis for a documentary movie that is widely distributed. It speaks to issues in present times.
En lire plus
Signaler un abus
Traduire les commentaires en Français