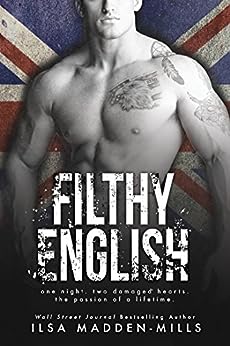 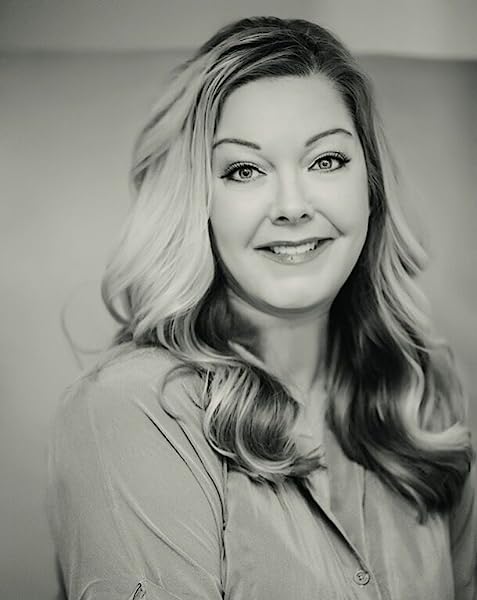 A smokin' hot British player...
A jilted girl...
One night of mistaken identity...

Two weeks before her wedding, Remi Montague's fiancé drops her faster than a drunken sorority girl in stilettos. Armed with her best friend and a bottle of tequila, she hops a plane to London to drown her sorrows before fall semester begins at Whitman University.

She didn't plan on attending a masquerade party. She sure didn't plan on waking up next to the British bad boy who broke her heart three years ago--the devastatingly handsome and naked Dax Blay. Furthermore, she has no clue how they acquired matching tattoos.

Once back at Whitman together, they endeavor to pretend they never had their night of unbridled passion in London.

But that's damn hard to do when you live in the same house...

One night. Two damaged hearts. The passion of a lifetime.

*A modern love story inspired by Romeo and Juliet*

**no one dies in the writing of this novel**


This is a full-length novel.

BookAddictSusan
5,0 sur 5 étoiles Rule Britannia!!!
Commenté au Royaume-Uni le 15 juillet 2016
Achat vérifié
Good God, These boys make me proud to be British.
I didn't think Dax could win me over, I was all for Declan but I was wrong...I absolutely loved him.
He pulled at my heart strings he was vulnerable under all that Cocky exterior.
As we know Declan his brother had settled down with the love of his life Elizabeth while Dax was happy just playing the field.
He'd felt something once, even if he hadn't admitted it to himself. He can't handle having his heart broken. Losing a person he loves. So putting on the don't give a damn attitude suited him fine.
Then she walked, well stumbled back into his life and his whole world spun on its axis.
He'd lost her once, that wasn't going to happen again.
Remi having just had her heart broken, stumbles into Dax a blast from her past. The one that's always been out of reach, the love em and leave em player.
She's always had feelings for Dax, but kept them to herself. He never seemed interested in taking it further. He always had a new girl on his arm.
Eventually she moved on, tried to forget him. But fate brought them back together.
I love the story between these two. Things are never what they seem, secrets, truths and heartaches are revealed.
Can they ever work out the past, to have a future together?
That you will have to find out for yourself.
This story was so addictive, I couldn't put it down.
Highly recommend you give these English boys a go. You won't be disappointed. :-)
En lire plus
Une personne a trouvé cela utile
Signaler un abus
Traduire les commentaires en Français

Laura Roberts
5,0 sur 5 étoiles What I Thought
Commenté au Royaume-Uni le 15 juillet 2016
Achat vérifié
I knew after reading Dirty English that I was going to love this book. I started and was finished in a matter of hours. Sweet Reading book blog LOVES those Blay twins. Very much so!! 😉
So….. As soon as Remi Montague arrived at the Tau frat party three years ago, Dax Blay could not take his eyes off her! What was it about this girl that got to him, she wasn’t even his usual blonde, big boobed, bimbo type! Remi was miss prim and proper, with brains to go with it. Dax tries to steer clear, but eventually as the night draws on, they end up chatting and drinking together.
A game of seven minutes in heaven leads to seventy two hours of insanely hot sex, all over the frat house for them, until one of Dax’s random hook ups arrives. Catching them together, she explodes, claiming that Dax is her boyfriend. Remi doesn’t hang around for Dax to explain anything. She runs!
Three years later, after avoiding each other around campus, and after Remi keeping a huge secret to herself, they end up in the same nightclub, in the same country, London. What are the chances?
Dax has spent the summer in London babysitting his cousin, Spider, after his release from rehab. Remi is in London with her best friend Lulu, on what was supposed to be her honeymoon, after being dumped two weeks previous.
Under the anonymity of masks, the two are drawn to each other and upon each discovering who the other is that they have just kissed, both Dax and Remi are left confused, scared, conflicted but also extremely attracted. That chemistry from three years ago, that they both thought they had gotten over, well, nope not so much. It is well and truly still simmering. The question, what do they do about it? With fears of entering a relationship due to possibly losing someone else from their life, being in opposing frats and a (ex) fiance hanging around, is there just too much against them?
Written from the male and female perspective, Ilsa and her super creative and descriptive writing has bought us a book that teases and tempts us the whole way through. I could easily picture the characters and the story playing in my head. It has you completely captivated. I was held hostage in the world of Dax and Remi right until I finished the book. (Which obviously, you know, I don’t mind, because Dax is hot right! He’s British, built and tattoed! Enough said!)
Like I wrote above, Dax is British and sexy. He is also scared of being left by someone he loves again. He can have the pick of any girl, except the one he is really drawn to. He’s a protector of those he loves and even becomes hero at some point during the story. Remi is a planner. She likes order. She likes lists. She likes……birds. (This will make sense when you read the book) She has her life mapped out. Until Dax, he just throws all her future plans out of the window. She thought she was happy, about to be married to someone with great future prospects, but was she really just settling for someone she thought she should be with. Both characters show development throughout the story. Realising you can’t live life scared of being happy and just going with the flow. You have to put yourself out there to reap the rewards.
From the beginning I rooted for Dax and Remi to get together, I think my heart was in my throat all the way through to be honest. Even though he didn’t really do that much wrong, I instantly disliked Hartford, Remi’s (ex) fiance, as he was one of many things keeping them apart.
The storyline to Filthy English was entertaining, I loved the secondary characters, Spider and Lulu (I’m hoping they get a book) and the pace and length of the book was perfect. It wasn’t rushed and the book has plenty going on, which is why you just cant put it down, you just need to see what is going to happen next. I felt I was given enough of Dax and Remi to keep me satisfied, I didn’t feel short changed with their story. It felt complete when I came to the end. This doesn’t mean I wasn’t left with a Dax and Remi shaped hole, reluctant to start my next read and move on from them though!
As quoted by Ilsa Madden – Mills herself, a modern twist on Romeo and Juliet’s story. It’s a second chance romance. It’s sweet but also sexy. It’s forbidden yet it’s what we crave. It’s nail biting worthy but also enchanting. I loved it. Possibly more than Dirty English which I didn’t think was possible.
En lire plus
Une personne a trouvé cela utile
Signaler un abus
Traduire les commentaires en Français

Who knew that underneath the Sex Lord’s playboy exterior was a true heart and so much depth!

“Dax Blay was my Achilles heel, my one vulnerability.”

Remi had spent three blissful nights with Dax in her freshman year – only to have her heart broken. She walked away from him and pretty much ignored or avoided him for three years. She’s guarded her heart with a safe fiancé and a plan of how her life will play out. However, her safe fiancé makes a decision that throws her plans into disarray.

“She was everything I never knew I wanted in a girl, except I couldn’t have her. I didn’t do relationships.”

Dax goes through women like hot dinners – there’s no room in his life or his heart for a serious commitment. But, Remi…well, she’s the only woman who’s ever walked away from him, and he’s never been able to forget her.

A chance meeting miles away across the pond in London makes them question everything about what they feel, what they want, and what they’re willing to fight for.

Adored this novel! The chemistry between Dax and Remi was amazing and thrilling! I loved the irresistibility between them. It was crazy hot! However, it was the tender moments that really got to me. Such a great story and thoroughly recommend!
En lire plus
Signaler un abus
Traduire les commentaires en Français

Zetti
5,0 sur 5 étoiles loved!!
Commenté au Royaume-Uni le 12 juillet 2016
Achat vérifié
Dax and Remi meet at a masquerade party where they don’t actually know the identity of each other. However when Remi literally just falls in to Dax’s lap. They realise that they do actually know each other. This is when it starts to get awkward but also a tad funny because they’re just blind to how much the other actually does have feelings for them.

There does seem to be so much bitterness, and anger between them and throughout the book you slowly get the answers as to why they feel that way. My heart did break for them at several points because to deal with all of those feelings on their own is truly heartbreaking. They try and find a new normal for the two of them. There is so much of them going back and forth. I love Dax though because he showed his sensitive side in this book and I LOVE the matching tattoos. That did just make me laugh so much!

I couldn’t put this book down, that is how much I adored it!!! There is so much that these characters learn throughout the course of this book. They’re both stubborn but with the help of the people in their lives, they learn to open up to each other. I am in love and I will read anything that this author writes!
En lire plus
Signaler un abus
Traduire les commentaires en Français

I loved Dirty English I couldn't put the book down and this second in the series was no exception at all. This story is all about Dax the other hot alpha Blay twin and damn it sizzles just as much as Declan's story did.

I fell in love with Dax and his cheeky chap character instantly so when I saw he was getting his own story I couldn't wait to dive in, and wow what a story ! This book shows a whole lot more to Dax and his caring sensitive side which simply makes him all that more alluring.

Dax and Remi have a history together and both see each other as their Achilles heel yet are so drawn to one another they can't help the passion that seems to happen every time they are near.