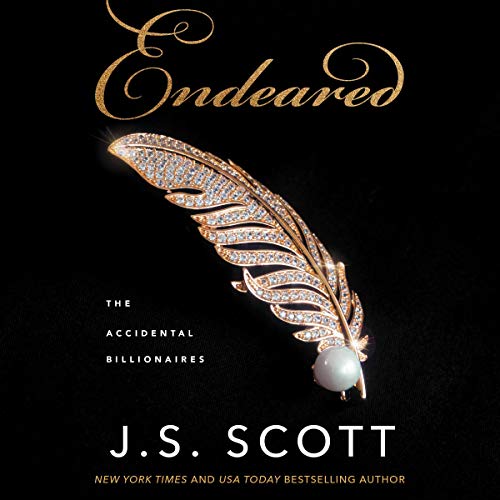 There’s no such thing as a casual romance in this unforgettable Accidental Billionaires novel by New York Times best-selling author J. S. Scott.

After finishing a hard-won medical residency, Owen Sinclair now lives his dream as a family physician. The windfall that brought him newfound wealth has also made handsome Dr. Sinclair the town’s most eligible bachelor. But Owen’s eyes are on Layla, his onetime best friend, his clinic’s dedicated nurse practitioner, and the one woman in Citrus Beach who has no interest in either his body or his billions.

In high school, Owen and Layla were always there for each other. Layla could confess almost anything to him. But wanting more than friendship was a confession too far, and Layla’s teenage longing was crushed in a heartbeat.

Two buried hurts are now in need of mending, and Owen has a proposition - if Layla is game. It’s a matter of trust as they discover so much more about the past, each other, and themselves. It’s not too late. Maybe they can make up for lost time. A love this true is worth the wait.

Kindle Customer
5,0 sur 5 étoiles Friends?
Commenté au Royaume-Uni 🇬🇧 le 8 octobre 2020
Achat vérifié
Again J.S. Scott has achieved excellence in this final fifth book in The Accidental Billionaires series. It's a best friends to lovers romance which you will be tempted to read in one sitting.

It's apparent that ten years have passed since Layla Caine and Owen Sinclair were best friends. So it is major surprise when handsome Owen is now wealthy and is a doctor with a new family practice. And has just discovered that he has inherited Layla as his nurse practitioner. Last thing he knew she had wanted to be a vet. So why the change of plan?

Well, it seems that Kayla is very angry and has held a misguided grudge against Owen for years. Assuming that he had cheated and was the reason that she did not get a scholarship for further study that she had applied for. So what really happened? And will they be able to work amicably together. Will a relationship develop?

Will I suggest your quickly rush to get this book and find the answers.
En lire plus
2 personnes ont trouvé cela utile
Signaler un abus
Traduire les commentaires en Français

zoe
5,0 sur 5 étoiles Its time for Owen to get his girl.
Commenté au Royaume-Uni 🇬🇧 le 6 octobre 2020
Achat vérifié
Owen and Layla were childhood friends with a secret crush on each other; until a misunderstanding tore their friendship apart. He never knew why she stopped being his friend, and she thought he had betrayed her. Now they’re working together it’s only a matter of time before Layla finally finds out the truth. Renewing their friendship is easy, admitting their intense attraction for each other is harder. With Owen determined to get his girl, he will have to prove to Layla that she can trust him not only with her secrets, but also her heart.
What’s not to love about Owen – he’s smart, kind, caring and very loyal. Not only has he got his family for support, their advice on love is very funny. This story packs quite a punch. It’s about forgiveness, second chances, courage and trust. Not only is it a passionate, heart warming story, at times it does tug at your heart strings.
En lire plus
2 personnes ont trouvé cela utile
Signaler un abus
Traduire les commentaires en Français

Angie (L)
5,0 sur 5 étoiles Another fantastic five star story from this fantastic author ⭐️⭐️⭐️⭐️⭐️
Commenté au Royaume-Uni 🇬🇧 le 27 octobre 2020
Achat vérifié
Another great story about the Sinclair family who if you’ve read the preceding books will know the story about the two branches of them . This story is about one of the Sinclairs that grew up in poverty that became billionaires over night . Dr Owen Sinclair is now a fully qualified Doctor and has returned to the area where he grew up to follow his dream of becoming a family doctor and has just taken over a family practice from the current Doctor who’s just retired . Working at the family practice as the Nurse Practitioner is Layla a girl he grew up with and up until the time that he left for medical school was best friends with . Something happened between them and Owen has no idea what ,but Is determined to get to the bottom of it which of course he does . As with all Jan’s books you get sucked in from page one , the story flows well, but there are quite serious issues raised are addressed . All these issues seem to result from what Layla had to endure being brought up in what you could only describe as a horrible , abusive, soul destroying ,toxic home environment . It really is a charming love story which leads to one fantastic conclusion ❤️❤️.
En lire plus
Une personne a trouvé cela utile
Signaler un abus
Traduire les commentaires en Français

gillian kiely
5,0 sur 5 étoiles What an amazing series
Commenté au Royaume-Uni 🇬🇧 le 4 octobre 2021
Achat vérifié
A must read books series for every romantic out there. The men are so strong, commented, loving, charming and so supportive.
After a hard childhood of losing their parents as the oldest turned 18 they stuck together as a family through very poor times. All changed due to a dna test which changed all their life's. Going from poor to loaded but they always hard the strong family unit of love. Each of them fall in love hard and fast to partners that all hard their own back story.
En lire plus
Une personne a trouvé cela utile
Signaler un abus
Traduire les commentaires en Français

lee
5,0 sur 5 étoiles Addictive read
Commenté au Royaume-Uni 🇬🇧 le 10 octobre 2020
Achat vérifié
I'm sorry that this is the last Sinclair book. The storyline was truly fantastic to read, the characters were entertaining and I was laughing and crying because of what Layla went through,and what Owen dealt with in his own life. I can't wait to read the new collection of books about the Montgomery men, these will be just as great as the rest of J.S.Scotts books.
En lire plus
Une personne a trouvé cela utile
Signaler un abus
Traduire les commentaires en Français
Afficher tous les commentaires