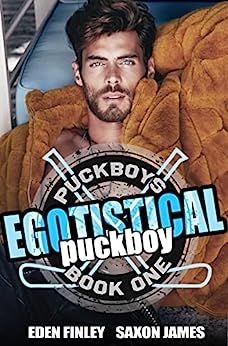 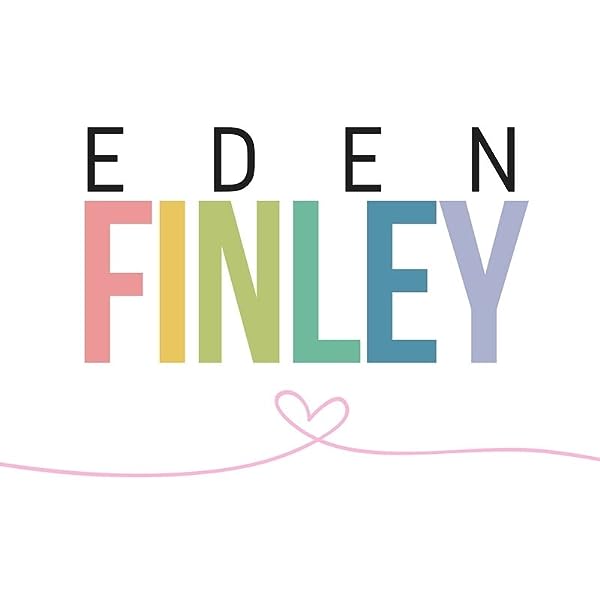 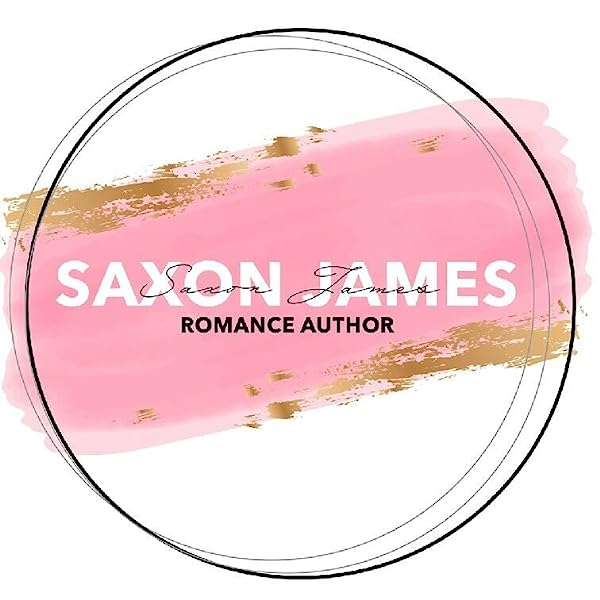 Partying, dudes, and hockey. What more could a gay NHL player want?

If it weren't for Anton Hayes, my life would be perfect.

Not that he affects my life in any way. At all. That would imply I care what the winger from Philly thinks of me.

Not even a one-night stand with him can thaw his misplaced animosity toward me.

He says I'm the one with the ego, but he can talk. He rivals me for most egotistical puck boy in the league.

I hate him as much as he hates me. Even if I crave a repeat.

When it comes to hockey, I'm all about the game.

I've worked for years to be one of the best in the league, and l've done it without splashing my orientation all over the tabloids.

My hockey image is one I've carefully cultivated, and after one night with Ezra Palaszczuk, I risk it all.

He's cocky, obnoxious, and has an ego bigger than Massachusetts. And okay, maybe he's the sexiest man I've ever known.

We'll never get along. Not when we sleep together. Not even when my possessive streak awakens.

That doesn't stop us from falling into bed together over and over again.

💬
My first thought is : light and easy .
This book was definitely that .

First of all , the dynamic between Ezra and Anton is very well written, their relationship gradually increases. It doesn’t fall on us out of nowhere. A well-handled enemies-to-lovers.

I laughed, a lot.. the sarky comments and inner monologues made my day. Their are irresistible together. two men afraid of relationships who will find love... always effective.

The steam is good , not scorching though. It’s detailed but the scenes are described and would have been hotter with more expression of how they felt and verbal exchanges between our two lovers

The plot is down to our two lovebirds and the discovery of their feelings for each other, with Anton who hesitated to come out and Ezra who didn’t want a relationship. No drama unnecessary (maybe not enough angst) Simple but nice

book.lover.so_fantastic
5,0 sur 5 étoiles Laugh, jokes, love, Hockey - Just Amazing !!!
Commenté en France 🇫🇷 le 10 février 2022
I was so excited for this book, I really love Eden Finley and Saxon James duo and I was clearly not disappointed. This story was just incredible, there is everything that you would want to find - laugh, jokes, love, and Hockey !!! 🤩

We already had the first glance of Ezra the one and only “Entitled, eccentric and egotistical” in the last book of the Cu Hockey series (Puck Drills & Quick Trills), his apparition lead to ask for so much more, at this moment we know that he had a one-night stand which completely disturbs him.

This story truly shows us how he’s way more than he wants others to see. Behind his superstitious manners, his egotistical mannerism, we found a little boy craving affection, but he also has a kind heart and doesn’t hesitate to support all queers who come to him for reassurance, advice, and backing. Meanwhile, Anton looks more reserved but fights daily with his own insecurities, and shows strong possessiveness which gave us more spicy 🔥. At many levels, they complement each over, and it’s impossible to not want their happiness.

Seeing Grant from the CU Hockey series (Power Plays) & Ollie and even Soren😍 from the Fake Boyfriend series (Deke & Hat Trick) was so amazing.
I love the fact that they create a group “The Collective” which gave a glance for what is next to come, like always, can’t wait for it !! And of course, we can discover new characters such as Tripp, Oskar and maybe little Ayri.

Princess of the Midnight Stars
5,0 sur 5 étoiles Pucking fantastic read!
Commenté au Royaume-Uni 🇬🇧 le 10 février 2022
Achat vérifié
First of all I'm gonna start this review my saying the following: this is one of the hottest M/M romances I have ever read, like you might actually need to fan yourself while reading this. Also, the authors are clearly filthy minded (and i appreciate it so much, girls after my own heart).

Now I've got that off my chest, I'll actually review the content of the book *sniggers*...mostly!
I absolutely adore both Ezra and Anton equally and I want to kidnap them both, they are both clearly teddy bears inside with a rough outside exterior so they appear all tough and invincible. The most rewarding thing about this book was watching the two of them develop together, realising slowly how there feelings are changing toward each other. Yes, they wind each other up no end and honestly I wanted to slap both of them at different times but I'm a sucker for gooey and emotional character development.

If your a big fan of hot sexual encounters there are plenty and oooooooo are they hot. And if you're more of a story line person, this book is still for you because the story is actually really good and the casual dropping of characters from Saxon's and Eden's other books just made me fan girl.
I would advise reading the Fake boyfriend series and the CU hockey series before reading this, just so some of the character drops make more sense. Having said that, you can still comfortably read this standalone as the beginning of the series as the other characters are introduced properly.

My ultimate view on this book is that I love it and I think Ezra and Anton are my new book Boyfriends, even though they're like totally Gay. I don't care. I can dream.
I voluntarily reviewed a complimentary copy of this book.
En lire plus
Signaler un abus
Traduire les commentaires en Français

𝐋𝐞𝐭'𝐬 𝐓𝐚𝐥𝐤 𝐚𝐛𝐨𝐮𝐭 𝐭𝐡𝐞 𝐛𝐨𝐨𝐤.
Enemies to lovers MM romance.
Ezra is the out and proud playboy of hockey. Never taking life to seriously and never apologies for being him.
Anton is his opposite. Somewhat closeted and likes his life drama free and most of all private.

When these sort-of-enemies find themselves on the same team they have to find a way to work together, both on and off the ice.
But they might just find everything they didn't know they wanted. . . In each other.

𝐌𝐲 𝐓𝐡𝐨𝐮𝐠𝐡𝐭𝐬.
𝘛𝘩𝘦𝘳𝘦.𝘢𝘳𝘦.𝘯𝘰.𝘸𝘰𝘳𝘥𝘴!
Alright that's a lie, there are so many words I could be writing this review all night.
These characters are so perfect for one another. Between their banter, sweetness, endearing vulnerability, not to mention their delicious chemistry and overwhelming passion for one another, it was a beautiful thing to read and I loved every minute of their story.
Add in cameos from major players in previous books (All hail the gay collective) and this was a no brainer of a 5 ⭐ for me.
The writing was on point, which is no surprise given these two talented authors and the whole thing flowed beautifully and had me turning the page eagerly throughout the whole book.

𝐖𝐨𝐮𝐥𝐝 𝐈 𝐫𝐞𝐜𝐨𝐦𝐦𝐞𝐧𝐝 𝐭𝐡𝐢𝐬 𝐛𝐨𝐨𝐤?.
I could not recommend this book enough. Even if sport romances aren't your thing, between the story, characters and hilarious banter you can't go wrong.

Sam Jewiss
5,0 sur 5 étoiles Brilliant and wonderful
Commenté au Royaume-Uni 🇬🇧 le 10 février 2022
Achat vérifié
As soon as Eden and Saxon announced that they were going to continue co-authoring and would Ezra would feature in book one, I knew I was going to love this book. At no point was I worried that I wouldn't enjoy it and I really love when I'm right.

This book was wonderful. In every way.

Ezra has an ego the size of Texas. If you ask him, he'd probably scoff and say it was bigger. I love that he can back it up. He is unapologetically himself. I love that we get to be inside his head and see the reasons for why he is the way that he is.

Anton has just as big an ego as Ezra, he's just less in your face about it. He's the quietly, smirking guy that will let you bluster and then one up you with one snarky comment.

They seriously balance each other out perfectly!

The story is everything you expect and love, from an Eden and Saxon novel. There is a lot of great hockey action and the sexy times are off the chart hot! It is also funny, emotional, low angst, and snarky. Just perfect really.

We get to meet the queer collective, which is a lovely supportive group of queer hockey players. We got to see some characters that will hopefully get their own books in the future. We also got to see some old friends from the CU Hockey series.

Ezra and Anton are perfect and a brilliant introduction to the world of Puckboys!
En lire plus
Signaler un abus
Traduire les commentaires en Français

I just love them! Soooo much! I had a feeling with Ezra he was much deeper than we've previously seen and i was right. He's quite sweet actually and needy, who knew?! And Anton all growly and serious, we all love that but the way his fun side comes out being around Ezra was amazing! They're so funny together and i got a lot of laughs out of their banter. They're like Yin and Yang they just fit and it filled me with absolute joy!

I loved the hockey bits and i don't follow Hockey but it was exciting! I loved the inner monologues from both of them. Their little insecurities endeared me to both of them. I loved their honesty and how some of it got blurted out by accident, but when they did that the other one covered their embarrassment! Gah i just bloody love em! I was just so happy for them! And i mean lets not forget the bedroom times... i'm just taking a minute to remember them... goodness *hot flush* yum, yum, hot, hot, hot!

Fantastic read! I can't wait for more! If you want an unputdownable storyline and big smiles, this book is for you! Brilliant!
En lire plus
Signaler un abus
Traduire les commentaires en Français

This author duo keep getting better with each book, or maybe its the characters and stories, thats just brilliant.

Ez and Anton wind eachother up, Ez because he thinks Anton is too perfect and cant cope with his out there personality. Anton because hes intensly private and has always wanted Ezra.
A drunken night sets the tone for these two to really open their eyes to what they each want. Luckily they want the same thing, eachother.