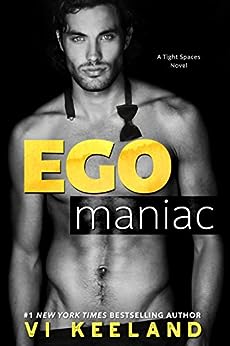 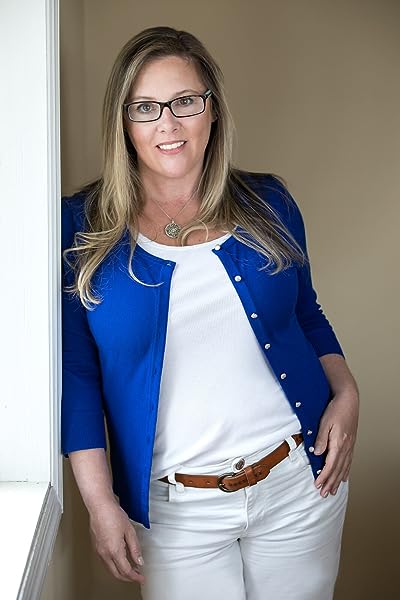 The night I met Drew Jagger, he'd just broken into my new Park Avenue office.
I dialed 9-1-1 before proceeding to attack him with my fancy new Krav Maga skills.
He quickly restrained me, then chuckled, finding my attempted assault amusing.

Of course, my intruder had to be arrogant.
Only, turned out, he wasn't an intruder at all.

Drew was the rightful occupant of my new office. He'd been on vacation while his posh space was renovated.
Which was how a scammer got away with leasing me office space that wasn't really available for rent.
I was swindled out of ten grand.

The next day, after hours at the police station, Drew took pity on me and made me an offer I couldn't refuse. In exchange for answering his phones while his secretary was out, he'd let me stay until I found a new place.
I probably should have acted grateful and kept my mouth shut when I overheard the advice he was spewing to his clients. But I couldn't help giving him a piece of my mind.
I never expected my body to react every time we argued. Especially when that was all we seemed to be able to do.

The two of us were complete opposites. Drew was a bitter, angry, gorgeous-as-all-hell, destroyer of relationships. And my job was to help people save their marriages.
The only thing the two of us had in common was the space we were sharing.
And an attraction that was getting harder to deny by the day.
En lire plus
Previous page
Next page

Vi Keeland is a #1 New York Times Bestselling author. With more than a million books sold, her titles have appeared in over fifty Bestseller lists and are currently translated in twelve languages. She resides in New York with her husband and their three children where she is living out her own happily ever after with the boy she met at age six. --Ce texte fait référence à l'édition paperback.

Vi Keeland is a #1 New York Times, #1 Wall Street Journal, and USA Today Bestselling author. With millions of books sold, her titles are currently translated in twenty-six languages and have appeared on bestseller lists in the US, Germany, Brazil, Bulgaria and Hungary. Three of her short stories have been turned into films by Passionflix, and two of her books are currently optioned for movies. She resides in New York with her husband and their three children where she is living out her own happily ever after with the boy she met at age six.

Amazon Customer
5,0 sur 5 étoiles Oh my days I'm a sobbing mess in a good way
Commenté au Royaume-Uni le 25 juin 2017
Achat vérifié
Never before has a story touched my heart more than this. Why? Because I just read my husbands story. Seriously! I shiz you not! He adopted my son two years ago but has been his dad since day dot.
Anyway, I digress.
WOW. This is the first ever book of Vi Keeland I've read. And what a book to start on. Safe to say I will be reading EVERYTHING by this woman and she now has a super fan.
The characters were beautifully touching, the sex scenes page melting and written fantastically. But it was the story that stole my heart over and over. I felt all the emotions, saw the scenes, lived and breathed Drew and Emerie. There aren't many female authors who can write from a male perspective and get it right but this author did. I cannot praise the style, plot, and development strongly enough and will be recommending to EVERYONE.
The final scenes of Drew and Beck crushed me and my daughter asked me if I was okay because I sobbed. Then came the final scene of Drew and Emerie and well, I lost it.
Loved loved loved this book and know it'll stay with me for a long long time. Thank you for writing perfection Vi Keeland.
En lire plus
Une personne a trouvé cela utile
Signaler un abus
Traduire les commentaires en Français

Drew and Em had a chemistry that was bloody amazing. I found I could not stop laughing at this wisecracking, egotistical alphamale. Most of the one liners in this book were pure gold. And the visual of some:scenes made me laugh so hard and loudly that I found myself getting into trouble (ooops)

Drew could be crass and vulgar to a point but really loving and swoonworthy the next. And Em was just awesome, timid and funny as hell too. She made this story extra special for me and the words she used to healed Drew made me sob so much. But I shan't go into details. No spoilers here.

This book is everything you want in a great read. It will take you on hell of an emotional journey, one of strength, growth and trust. God does this book teach you about trust. I really recommend this amazing book.
En lire plus
Une personne a trouvé cela utile
Signaler un abus
Traduire les commentaires en Français

Trish K Taylor
5,0 sur 5 étoiles Drew Jagger Rocked My World - 6 Star Review
Commenté au Royaume-Uni le 22 janvier 2017
Achat vérifié
WOW.. Like – OMG WOW. Eco Maniac has just sat it’s hot as hell ass on the top of my 2017 reads & although I know it’s early in the year, I can’t imagine getting to December & it not being there.

From the very first words, the very first scene, Drew & Emerie dug their hilariously funny, passionately raw claws, deep down into my soul & made damned sure they didn’t let me go for their entire story. The feels, the emotions, wowser they just poured from the pages making my heart stutter & ribs ache with laughing so bloody hard. Then we have the sexual chemistry – gawd this oozed from every single pore of this book leaving me more than a little jealous of Em & a whole lot needy for what I can only describe as the hottest, sexiest most beautiful alpha out there.

Let me give you my take on this addictive couple.

Emerie – Ok so I actually have the BIGGEST girl crush ever on the feisty redhead. She is the furthest you can imagine from a city girl, but damn is she trying to make it work. She has worn her heart on her sleeve for longer than she cares to admit, resulting in her relocating to the city, in hope that her dreams will come true. Trying to establish her business, she believes she has the steal of the century on the beautiful Park Avenue - except it’s not her that has done the stealing!!

A showdown, an office that isn’t hers, the humiliation that she has been swindled, never mind the harsh reality that she has lost her life savings bring out the absolute best in my spirit animal!! God she can face adversity like a champion & for that alone she won me instantly. The biggest problem is the sinfully sexy, mouth-wateringly delicious owner of sed office, makes her woman bits’ tingle, her cheeks flush & cause her to do the most bat crazy things imaginable. Yup, I love this chick hard.

Enter Drew Jagger. Well ladies, this man – all 205lbs of the most divine human being imaginable melted the panties right off me, while he made my ovaries cry out in desperation for this man god to father my next 20 children. And nope, if that wasn’t enough, he also stole my heart a chunk at a time in the most unapologetic way. Drew really is the full package. Not just in the looks department, but damn he has the most adorable filthy, smart mouth which just gets me going lol. He’s smart, caring, charismatic & so funny I don’t think I’ve laughed at a book so much in my life, all while feeling an emotional & tearful wreck at the depth of this man & his beautiful soul.

Returning from vacation he really didn’t expect to meet the firecracker who seemingly had broken into his Park Avenue office building. He certainly didn’t expect the feisty firecracker to get him so hard with her sassy mouth, hilarious banter & legs & skin & booty & smile &…… Yup, Drew Jagger just lost all common sense & the perfect, hardened world he has built around him, is at dire risk of crumbling – he just doesn’t know it yet.

Vi – wow, what can I say about her writing. Flawless perfection to me sums up how she developed these characters, not only as individuals, but as a couple falling headlong into the unknown. Their journey is packed with so much goodness, wrapped in the most tender of emotions. Yes, it is funny & a whole lotta dirty beyond words, but it also loving, heartachingly painful & sad too. It broke me & fixed me, it loved me & held my hand. It was perfect. I don’t think I will ever forget Drew & Emerie.

Download, get lost in the pages & fall in love ladies. I can’t recommended this book enough.

ngibs
5,0 sur 5 étoiles One to read again and again
Commenté au Royaume-Uni le 6 février 2017
Achat vérifié
Took a chance on this book as I usually prefer to stick to books based in Britain. However I must say that this has been added to my small list of books which I could (and will) read again and again.

The characters are relatable and realistic. The main characters may both be good-looking but the author didn't feel the need to keep writing long, boring descriptions of their physical attributes, she just let the story flow and develop, making it a real page Turner! The majority of the time I feel myself skipping paragraphs to get to a 'good bit' but I read every single sentence in this book. It was gripping and I read it at every chance I got (including a late night) and finished in less than 24 hours.

If you like a good love-story with substance (not just your fluffy romance or OTT kinkiness) then buy this book!
En lire plus
Signaler un abus
Traduire les commentaires en Français

L Roach
5,0 sur 5 étoiles Brilliant!
Commenté au Royaume-Uni le 27 janvier 2017
Achat vérifié
Another super book from Vi Keeland! This author always manages to draw me into her stories in such a way that I am consumed by them throughout.

Egomaniac was no exception and full of everything you could possibly want. Not only is it hugely funny, with plenty of witty banter between the characters, lots of laughs, but also still has plenty of emotion, and the serious side too which keeps the pages turning and the heart racing.

This story had plenty of little surprises which kept my interest throughout. I absolutely adored the characters of Drew and Emerie, and loved the journey and relationship they developed even though they started off on the wrong footing!!