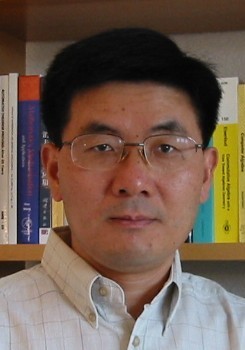 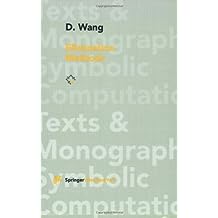 Elimination Methods (Texts & Monographs in Symbolic Computation) (English Edition) 6 déc. 2012
par D. Wang
73,84 € 116,04 €
The development of polynomial-elimination techniques from classical theory to modern algorithms has undergone a tortuous and rugged path. This can be observed L. van der Waerden's elimination of the "elimination theory" chapter from from B. his classic Modern Algebra in later editions, A. Weil's hope to eliminate "from algebraic geometry the last traces of elimination theory," and S. Abhyankar's sug­ gestion to "eliminate the eliminators of elimination theory. " The renaissance and recognition of polynomial elimination owe much to the advent and advance of mod­ ern computing technology, based on which effective algorithms are implemented and applied to diverse problems in science and engineering. In the last decade, both theorists and practitioners have more and more realized the significance and power of elimination methods and their underlying theories. Active and extensive research has contributed a great deal of new developments on algorithms and soft­ ware tools to the subject, that have been widely acknowledged. Their applications have taken place from pure and applied mathematics to geometric modeling and robotics, and to artificial neural networks. This book provides a systematic and uniform treatment of elimination algo­ rithms that compute various zero decompositions for systems of multivariate poly­ nomials. The central concepts are triangular sets and systems of different kinds, in terms of which the decompositions are represented. The prerequisites for the concepts and algorithms are results from basic algebra and some knowledge of algorithmic mathematics.
En lire plus
Autres formats: Broché
TVA incluse 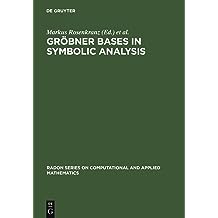 The series is devoted to the publication of high-level monographs, surveys and proceedings which cover the whole spectrum of computational and applied mathematics.

The books of this series are addressed to both specialists and advanced students.

Interested authors may submit book proposals to the Managing Editor or to any member of the Editorial Board. 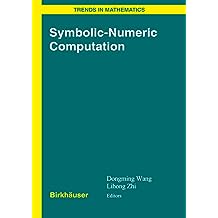 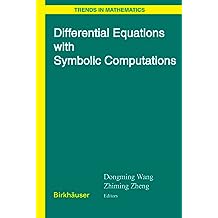