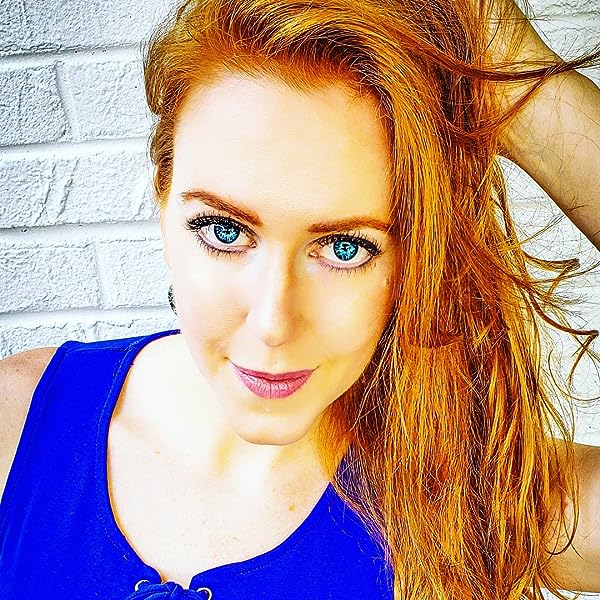 Tick tock. One day before the wedding of her dreams, Penny is in a city that is no longer her home. Alone. Heartbroken. Lost. Could the past few years really mean so little to a man that became her world? To a man she'd do anything to protect? There is no future without him. There is no her without him.

With only 24 hours until the wedding, is there enough time to repair the damage? Tick tock.

And even if Penny and James do come back to each other, Isabella is still out there plotting. The world is still against them. Darkness still lurks in the shadows of James' past. A student and her professor were never meant to be forever. They thought it was an everlasting love, but it was doomed from the very start. Tick tock.

Temptation led to addiction, which exploded into an eruption of chaos. And when the pieces settled, only one thing became clear...devotion. One great love. A love worth fighting for. Because the only thing that lasts forever is love.

Ivy Smoak is the international bestselling author of The Hunted Series. Her books have sold over 1 million copies worldwide, and her latest release, Empire High Untouchables, hit #10 in the entire Kindle store. When she's not writing, you can find Ivy binge watching too many TV shows, taking long walks, playing outside, and generally refusing to act like an adult. She lives with her husband in Delaware.
Commencez à lire Devotion (The Hunted Series Book 4) (English Edition) sur votre Kindle en moins d'une minute.

Sue
5,0 sur 5 étoiles Brilliant series
Commenté au Royaume-Uni le 29 août 2020
Achat vérifié
When I completed the Made of Steel Trilogy by Ivy Smoak, I needed to read more of her books, as she is such an amazing author. I already had this series, in my thousand+ unread books, so I decided that this would be my next read. So glad I did, as like the Made of Steel Trilogy, I was hooked immediately. Ms Smoak's style of writing, and her wonderful characters, draw you in almost instantly and you just have to read their story. This is a story about forbidden love, jealousy, unrequited love, firm friends and family. I personally recommend any avid reader to read this series, as I loved it. But please, don't just take my word for it, read the series and find out for yourselves. If you have read my review of the Made of Steel Trilogy, by the same author, you may think that I am only writing favourable reviews, that I am being rewarded in some way. That couldn't be farther from the truth. I have never received any reward, monetary or other. I have just really enjoyed her books.
En lire plus
2 personnes ont trouvé cela utile
Signaler un abus
Traduire les commentaires en Français

Angelina Smith
5,0 sur 5 étoiles When Taboo Becomes Love
Commenté au Royaume-Uni le 27 juillet 2018
Achat vérifié
I downloaded book 1, Temptation, for free on Kindle thinking this was a standalone. I become so engrossed in the story and didn't mind when I discovered at the end that this was the first book of a series and I needed to be read all of them to complete the story of Penny and James. I headed straight to Amazon and download the next 3 books, Addiction, Eruption, and Devotion. I consumed all 4 books in one weekend and went to work on the Monday after having just 2 hours sleep as I couldn't sleep until I'd read the rest of book 4. It was months ago since I read a series of books so frantically and everything else was put aside so I could just sit and read. The story of Penny and James does continue with a fifth book, The Light To My Darkness, but I'm unsure if I'll read it yet as I'm currently happy with the way things ended in book 4
En lire plus
4 personnes ont trouvé cela utile
Signaler un abus
Traduire les commentaires en Français

raaraa 88
5,0 sur 5 étoiles Omg
Commenté au Royaume-Uni le 17 juillet 2021
Achat vérifié
Omg you are absolutely killing me I haven't put this series down I thought this was the last book but clearly not jeez so many twists and turns I don't know whether to laugh or bloody cry and I have got to say it again I love Rob his personality is amazing thank you for an amazing read
En lire plus
Une personne a trouvé cela utile
Signaler un abus
Traduire les commentaires en Français

Lynda
5,0 sur 5 étoiles Amazing - adore this series
Commenté au Royaume-Uni le 29 octobre 2020
Achat vérifié
Adore adore adore this series. I only happened to come across Ivy's books in September and I can't stop reading her amazing writing, I adore this series it will make you smile ; laugh ; cringe and cry but isn't that every life story? What I love most about the books is they are easy to follow, and easy to get addicted to. Adore these books so much. A must read!
En lire plus
Une personne a trouvé cela utile
Signaler un abus
Traduire les commentaires en Français