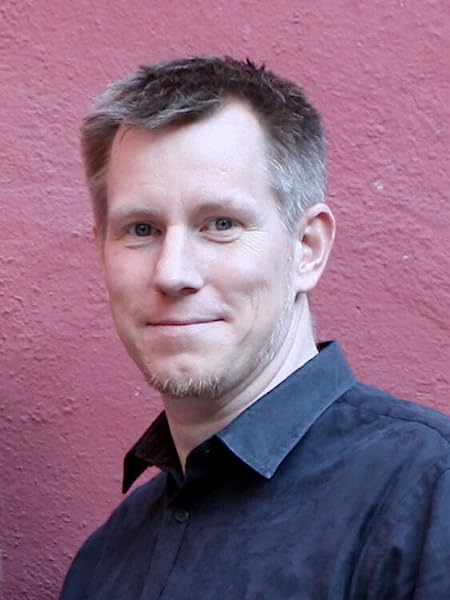 Advances in narrow artificial intelligence make possible agentive systems that do things directly for their users (like, say, an automatic pet feeder). They deliver on the promise of user-centered design, but present fresh challenges in understanding their unique promises and pitfalls. Designing Agentive Technology provides both a conceptual grounding and practical advice to unlock agentive technology's massive potential.
En lire plus
Previous page
Next page

Noessel's book cuts through the AI hype to give practical advice and valuable context on how to apply today's powerful-but-limited AI technology to create useful, helpful, supportive, and valuable services that go way beyond silly chatbots. --Mike Kuniavsky, Xerox PARC

A fun, friendly, and accessible guide on how to design for an emerging world where software-enabled machines become intelligent servants, laced with sci-fi wonder and moral dilemmas. --Dave Gray, founder of XPLANE, author of Liminal Thinking, Gamestorming, and The Connected Company

Engaging and accessible—Designing Agentive Technology takes on one of the most relevant topics of this era by making it fun and understandable. --Adam Cutler, distinguished designer for Cognitive Computing, IBM

Christopher Noessel is a veteran of the interaction design industry, having designed products and services, and helped clients with design strategy across many disparate domains for more than 20 years. In that time, he co-founded a small interaction design agency where he developed interactive exhibitions and environments for museums. He worked as a director of information design at international web consultancy marchFIRST, where he also helped establish the interaction design Center of Excellence.
For ten years, he worked with a boutique interaction design agency in San Francisco, where he led the "generator" half of that practice. He is now the Global Design Practice Manager for the Travel and Transportation industry at IBM, working closely with IBM Design. His desk, when he's at it, sits near the San Francisco home of Watson.
Christopher was one of the founding graduates of the now-passing-into-legend Interaction Design Institute Ivrea in Ivrea, Italy, where his thesis project was a comprehensive service design for lifelong learners called Fresh. The project was presented at the mLearn conference in London in 2003. He has since helped to visualize the future of counterterrorism as a freelancer, built prototypes of coming technologies for Microsoft, and designed telehealth devices to accommodate the crazy facts of modern health care.
Christopher has written for online publications for many years, but was first published in print as a coauthor of the interaction design pattern chapter in the textbook edited by Simson Garfinkel, RFID: Applications, Security, and Privacy. His Spidey sense goes off at random topics, and this has led him to speak at conferences around the world about a wide range of things, including interactive narrative, ethnographic user research, interaction design, pair design, sex-related interactive technologies, free-range learning, the future of tech, artificial intelligence, and the relationship between science fiction and interface design with the 2012 Rosenfeld Media book Make It So: Interaction Design Lessons from Science Fiction, coauthored with Nathan Shedroff. He is keeper of the blog scifiinterfaces.com and runs related sci-fi movie nights all over the world. In 2014, he coauthored the 4th Edition of About Face: The Essentials of Interaction Design, helping modernize it for the six years that had passed since its prior release.
If you run into him on the street and want to get an earful, ask about any of the handful of other books he s got rattling around in his head. One involves the strange and wonderful world of generative randomness, and another involves the design of technology that helps its users get smart enough not to need it anymore.

Steven Forth
5,0 sur 5 étoiles Patterns for intentional AI
Commenté aux États-Unis 🇺🇸 le 1 mars 2020
Achat vérifié
I wonder if I could design an agent that would write Amazon reviews for me. It would look at all of my past reviews, my other social media, my email and Slack, and create a first draft for me to edit. Over time, it would become self referential, analyzing posts that it had constructed to generate new posts. Would this lead it to become more and more repetitive and narrow in reference or would there be some sort of chaotic expansion in frames of reference and language? Should I have it reference not just my own reviews but reviews I have upvoted so that it could learn from others. At what point do I lose my own voice?

Christopher Noessel gives us a framework to start to think through these questions. He provides a clear and actional distinction between Assistive, Automatic and Agentive technologies and when each can be applied and distinguishes narrow and general AI. Agents use narrow AI, which is all that really exists at present.

The touchpoints that people have with agents are organized using an elegant diagram. This takes us through the human loop of See, Think, Do, connects it to the machine loop of Input, Process Output and includes the on and off ramps of Setup and Disengage.

About thirty touchpoints are identified on this diagram that we can use to design, apply and critique agents. If your job involves any of these, or if you are just curious about the future of technology, you need this book.

Noessel concludes with a mind opening discussion of the potential ethical issues around agents and agent interactions (including how agents will interact with other agents) that alone is worth the attention the book demands.

In my own work I am involved in designing agents that help people discover their skills and where best to apply them. I am also doing research into M2M (machine to machine) pricing which is one of the two metatrends for pricing over the next decade (the other is performance or outcome based pricing and the two are connected).

There are a few things that I hope will be addressed in a future edition of this book.

The first is the lack of a reference section. There is a lot of interesting work cited here, but it is harder than it needs to be to find it without a good set of references. Why ignore this important pattern in book design?

Second, the touchpoints could be evolved into fleshed out patterns. I sense this is the longer term intention here, and perhaps that should be a different book, but a clearer delineation of the touchpoints/patterns and how they connect would make this valuable book even more useful.
En lire plus
2 personnes ont trouvé cela utile
Signaler un abus
Traduire les commentaires en Français

Scott Abel, The Content Wrangler
5,0 sur 5 étoiles Required Reading for Anyone Who Aims to Improve the Customer Experience
Commenté aux États-Unis 🇺🇸 le 24 octobre 2017
Achat vérifié
Absolutely the best read in 2017 for content professionals and business folk who aim to help improve customer experiences by leveraging the power of narrow artificial intelligence. It's a book that draws you in, explains how things work (and how things don't) and leaves you thinking, "Wow! How can I use these ideas to help others?"

I read the entire book on a cross-country flight. I couldn't put it down (or stop taking notes). This excellent work by Chris Noessel should be required reading for any serious business professional, product manager, content strategist, and engineer on the planet.

Let's move away from solutions that help us do work and toward solutions that do work for us!
En lire plus
Signaler un abus
Traduire les commentaires en Français

thebudelman
5,0 sur 5 étoiles A must-read for any design professional working with Artificial Intelligence
Commenté aux États-Unis 🇺🇸 le 12 août 2019
Achat vérifié
Designing Agentive Technology is a critical read for anyone designing for the future. The book contains the key mental models needed to understand the changes to human-computer interaction brought about by AI-driven products and services.

If you are interested in product design, artificial intelligence, machine learning, or just new ways in which we are interacting with computers—you should pick this up now.

After sharing the Agentive Tech framing to a workshop group of design leaders, I heard nothing but praise, saw heads nodding, and heard people saying "I get it". I had an entire slide dedicated to this book, with a call to go buy it. If I were designing a course on contemporary digital product design this book would be required reading.
En lire plus
Signaler un abus
Traduire les commentaires en Français

Serafim Pikalov
5,0 sur 5 étoiles One of the best book on the field
Commenté aux États-Unis 🇺🇸 le 14 avril 2021
Achat vérifié
This book is a mix of theory and examples. Very nice for anybody who involved in product creating process for innovation systems with AI. I think it's one of the most useful structures and visions of how AI products have to operate that I have ever read about and what's more important – it possible to use all approaches from the book already, it's not only vision or dream about future it is how products should work now and how we could make them.